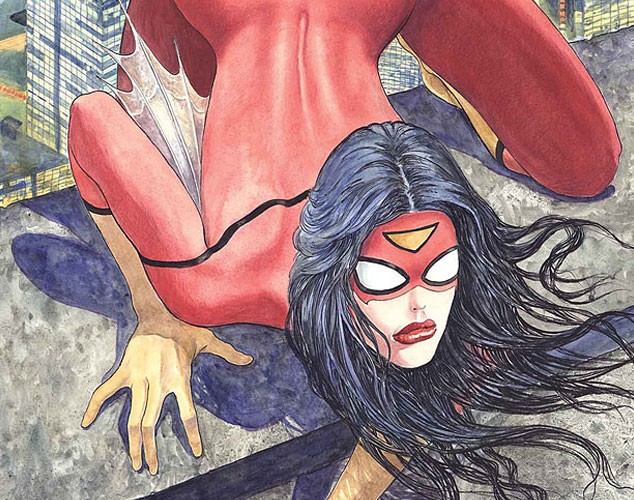 On Wednesday, Marvel Comics revealed a slew of upcoming solicitations for the month of November. This cover image for Spider-Woman #1 by artist Milo Manara was among them…

As you could imagine, plenty of geek sites went nuclear, declaring Manara’s cover as “sexploitive” and eagerly igniting controversy around the image.

The Spider-Woman #1 Cover Is So Wrong #Comics #SpiderWoman http://t.co/0yA7ogNwIu

Marvel has not commented on the image and, given their track record, I’d imagine that they will just let this blow over.  Or, at the very least, throw a little Photoshop on Spider-Woman’s rear-end before the book hits shelves in November. The cover is still making the rounds online, however, and will continue to circulate in a Remenderian effort to reshape the industry’s already tense gender divide.

Now, as a long-time fan of all things Marvel, I couldn’t help but immediately notice that this is very much in line with most images of Spider-Man throughout the decades. Images such as…

Yeeeahhh, Pete. Niki Minaj has got nothing on you.

I hate to see you go but I love to watch you swing, Parker.

The 18th floor gets frequent shots of Spider-Man’s crotch.

Once you go black…

Now, I am forever invested in diversity and equality within the realm of entertainment (black guy here), but maybe this variant cover (a fact often glossed over) isn’t as much of an issue of equality as we’ve been led to believe.