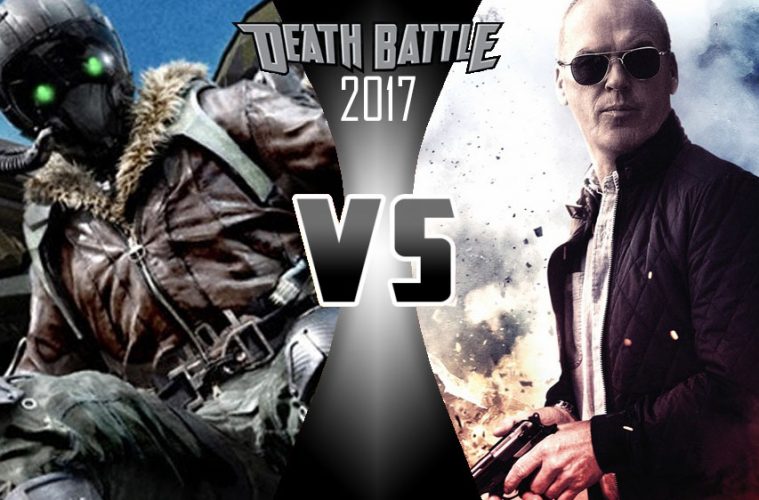 DUELING MOVIES 2017: A TALE OF TWO KEATONS…GOOD VS. EVIL!

I don’t know about you, but we’re thrilled to see Michael Keaton on the silver screen again.  If you haven’t been paying attention, Keaton is more than just everyone’s favorite Batman. Michael Keaton has shown us that he still kicks ass as a hero or villain while maintaining some serious acting chops. In the year 2017, he gave us a good guy, Stan Hurley in American Assassin, and a bad guy with The Vulture in Spider-Man: Homecoming. Both characters are ones we would not want to mess with, but which one takes the cake? We are pitting these two Keatons against each other in this Dueling Movies feature.

Who will come out on top in this classic tale of good vs. evil? Continue on to find out.

In American Assassin, Stan Hurley (Keaton) is assigned to mentor 23-year-old Mitch Rapp into becoming part of a CIA Black Ops mission. Previously, the young recruit lost everything he loved tragically and has now set out to become a force to be reckoned with — mind and body. The self-taught lone wolf was discovered when his plan to take down a terrorist cell solo, got botched. Meanwhile, Keaton’s character — a Cold War-era former Navy Seal — doesn’t have much interest in disciplining the raw, unhinged civilian who can’t swallow his own M.O. Together they will connect the dots on a string of attacks that will lead to a discovery that forces Hurley to face his past and Mitch to decide his future.

In Spider-Man: Homecoming, Adrian Toomes (Keaton), had to figure out a new plan for himself and his colleagues once his salvage company was shut down by the Department of Damage Control. Happening upon Chitauri technology left behind in the aftermath of their attack on Earth, (see: 2012’s The Avengers), his honest venture turns into an illegal, underground syndicate. Toomes assumes the identity of the Vulture by utilizing the Chitauri technology to create an exo-suit. He then sends out his goons to show black market buyers the potential of these alien weapons. Meanwhile, your friendly neighborhood Spider-Man catches on to the Vulture’s operation, but the Vulture is one step ahead of unmasking the hero. Their collective discovery of who’s who changes everything for the hero and villain. 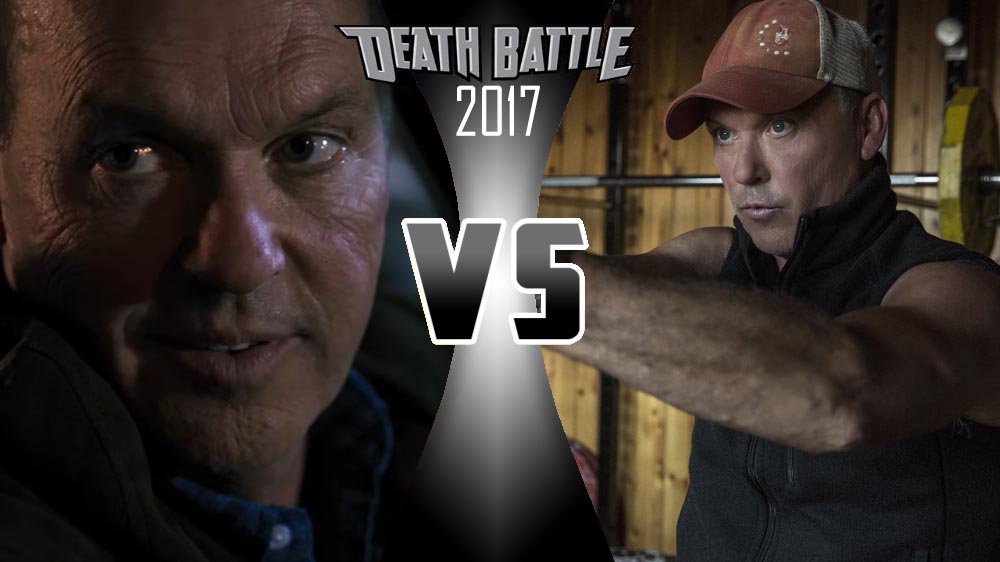 Both films exhibit solid performances by the actor. In American Assassin, Michale Keaton delivers as an ass-kicking war vet who will never give up or back down. He’s the right amount of skeptical, mentally unbreakable and physically capable for an ex-Seal of his age. Perhaps a little too tough at times, but satisfying overall.

In Spider-Man: Homecoming, Keaton’s level of intimidation as Toome and the Vulture were equal. Not as warm as you’d hope for a husband and parent, but there were moments of vulnerability that could be appreciated. When he was bad he was bad, which is expected of a villain. In that regard, he served his role well.

Both films have one thing in common when it comes to Keaton’s acting and that is, once again, that you do not want to mess with him — good guy or bad guy.
If I was up for a role and found out I was competing against this man for the part, I’d just drop the script and leave. 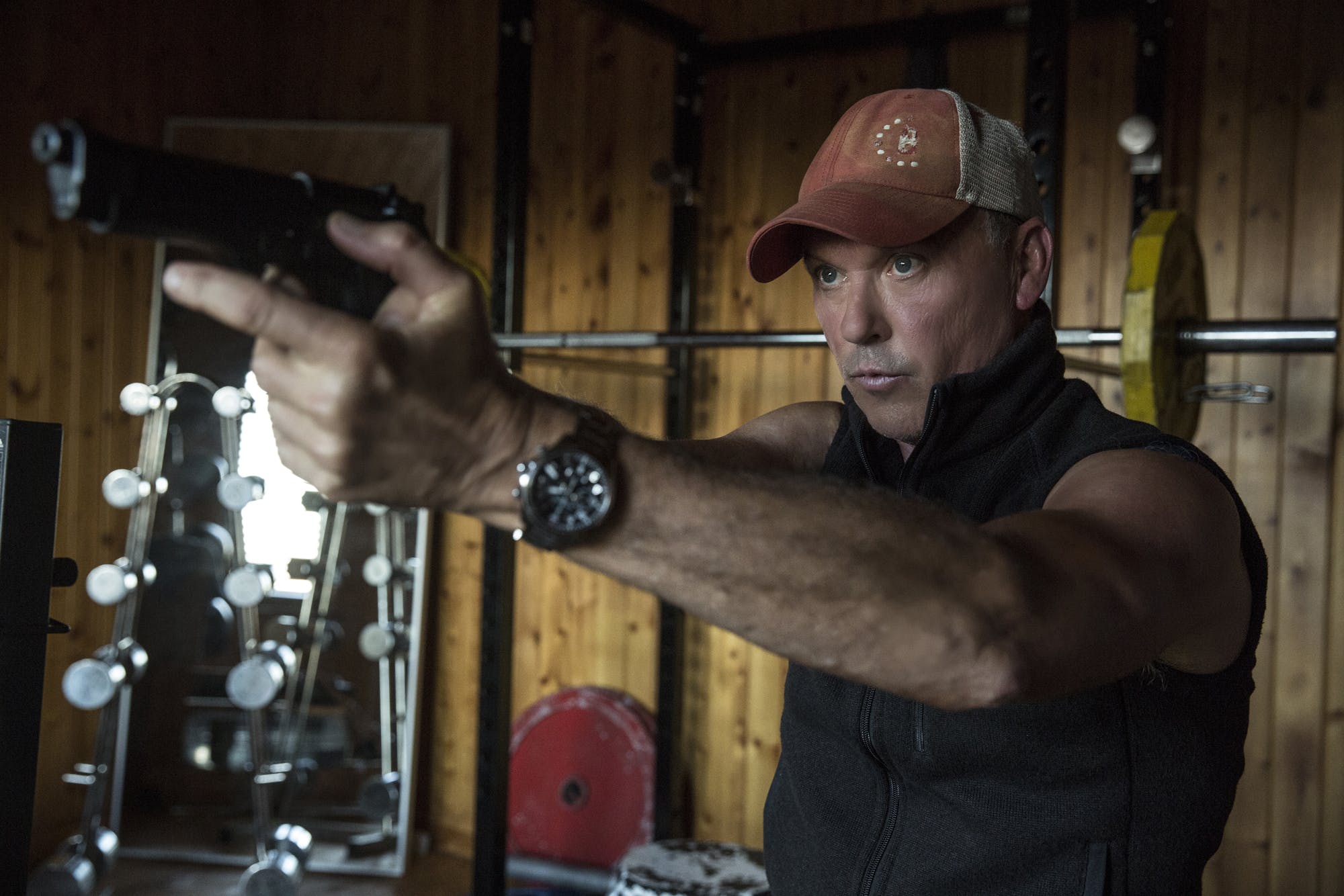 While the film was sometimes hard to follow, one thing that was “a go-go” about Stan Hurley in American Assassin was his “bring it on” attitude. He was brave, strong and far from stupid. He used his head to make the next move and regardless of how things played out, he always faced everything like he had nothing to lose. I thoroughly enjoyed any time he had to get physical or show the recruits that he was no one to trifle with. One scene in particular, filled me up with satisfaction and joy I was not expecting: (MILD SPOILER ALERT!) At one point in the film, he gets captured. Hurley made being tortured look like it was a game. He laughed in his tormentor’s face and for a minute, you weren’t sure if you were witnessing Hurley or Keaton. He’s got one of those faces where it just seems like he would react the same way in real life. That maniacal moment did it for me.

There’s something to be said about a distinguished actor playing a major role in a comic book movie. I find it usually always pays off and adds more value. The Vulture, in full regalia, was just menacing and super cool. He was despicable in Spider-Man: Homecoming, but we got a glimpse of his humanity when he showed us that his choice to turn to the illegal weapons trade, although a bad one, was not just for selfish reasons. It made you understand his choice on a more personal level. Admittedly, a little sympathy was rewarded on my part. (SPOILER ALERT!) I thought it highly respectable for him to keep the identity of Spider-Man a secret as a silent trade-off for saving his life.

It’s not as easy pinpointing “a no-no” based on a character or actor’s performance, but for the sake of argument, I’ll give you this: As mentioned earlier, sometimes Keaton’s character was too tough in American Assassin. In my head, I’m that tough. I’m not sure anyone is that tough in real life though. I want to believe Michael Keaton is, but I also want to believe there is someone to relate to, to laugh with. I do know a few former Navy Seals and I will say, they are all actually unassuming, but if the SEAL had to come out, it would be a bad day for everyone.

In Spider-Man: Homecoming, the plot twist involving Keaton’s character changes the Spider-Man storyline in such a way that makes certain aspects of the series irrelevant in my opinion. It was clever, but only to serve the interest of the film. That’s not on Keaton though, that’s on the writers. As far as his character goes, again as mentioned earlier, I wish he was a bit warmer when he was playing the family man. He’s definitely that dad no high schooler wants to encounter when it’s time to meet the parents. 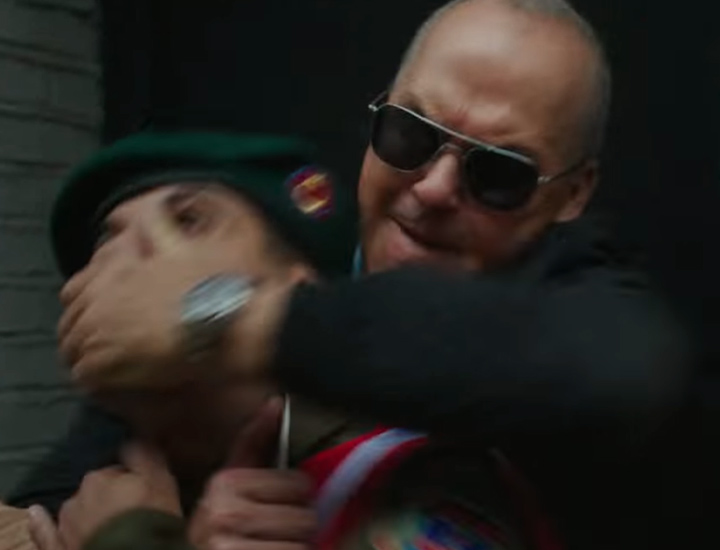 Stan Hurley. Surprised? Don’t be! The Vulture gets the award for looking the coolest, but it takes more than that to be a winner in my book. As intimidating as Keaton is as Adrian Toomes, and as menacing as he is as the Vulture, he’s like a few other villains and heroes we know. Take away his toys, he’s just an angry man. He’s got more to lose too. Stan Hurley is a certified badass. Take away his toys, he will still find a way to destroy you. He’s got nothing to lose. People with nothing to lose can be scary. Laughing in the face of the reaper is downright crazy, but his physical competence and mental lock are two strengths that have terrifying potential when challenged.

So the winner here comes down to who would win if these two were sworn enemies. The Vulture has innovation and firepower on his side, but I think he could be outsmarted by Hurley. He would find a way to shut Toomes down probably before ever having to lay a finger on him.

SEALS are expert level on sneak attacks too, don’t know if you know that. That vulture suit isn’t sneaking into anywhere.

In conclusion, Keaton convinces in both roles. If you haven’t seen either of these films, I would give them a recommendation. I went in knowing nothing about American Assassin and came out satisfied with what I got. Lots to pay attention to but it’s something I might give another watch, if only just to see my favorite Keaton scene.

On the flipside, Spider-Man: Homecoming was a pleasant surprise. An homage to the 90’s cartoon I held so near and dear. Michael Keaton was the right guy for the villainous role.