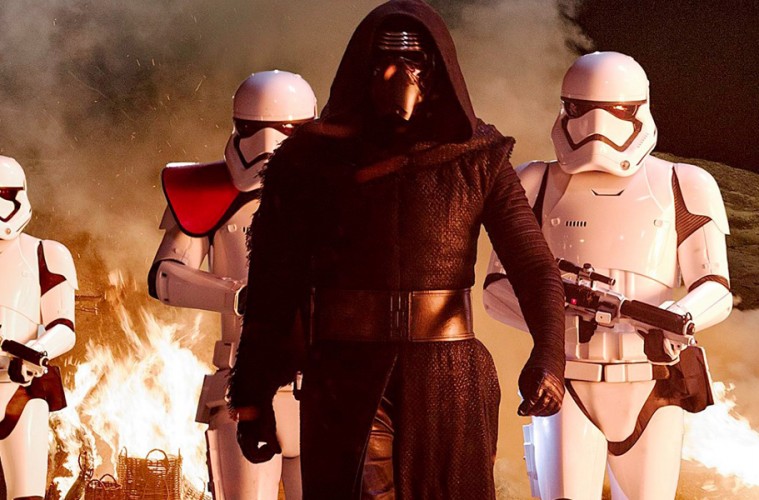 OUR ‘FORCE AWAKENS’ FAN THEORY IS BETTER! (NO, SERIOUSLY.) 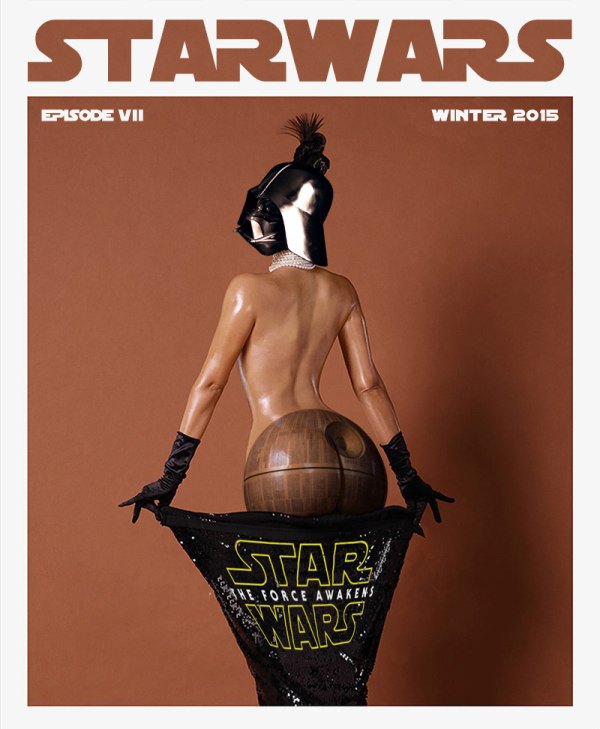 Well, I suppose that’s not entirely true because all won’t be revealed until December 17th when Star Wars: The Force Awakens hits theaters.  However, the internet has been awash with rumors as waves of speculation have been crashing onto the shores of the Internet. I mean, who can blame people?  I went from believing I would go see the film for normal, obligatory fanboy reasons to SHUT UP AND TAKE MY MONEY in under two minutes.  The most recent trailer for TFA (below) was like everything you would want in a woman.  It was sexy.  Exciting.  Alluring.  It was the Serena Williams of trailers.

Well, I’m here to throw my own hat into the ring and provide some theories on what’s actually going to take place based on both sound logic  and some writer instincts.  I mean, no one can be a hundred percent sure of what’s going to happen until The Force Awakens opens like a late Hannukah/early Christmas present.  But I think my reasoning is sound and, unlike some rumors, not just based in nostalgia. 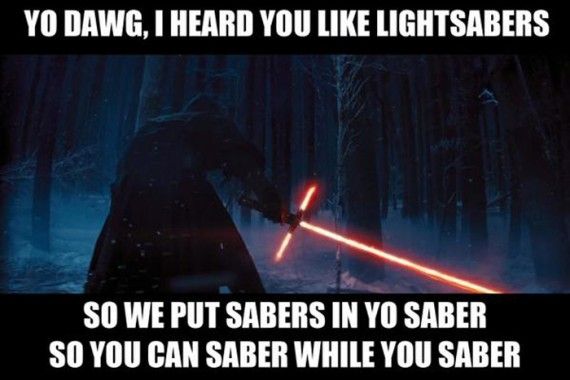 In the recent trailer, the mysterious Finn (played JohnBoyega) was wielding a lightsaber ready to fight Kylo Ren (Adam Driver). Personally, I think there is no way this guy isn’t going to need his own personal Yoda if he’s going to become a Jedi and defeat the dark side.  That’s not to say that Finn could be the baddest mofo wielding the force, but he’s going to need training.  The student teacher relationship is all too important to the Star Wars mythos and , frankly, there’s only one guy left to teach Finn, how to be a Jedi: Luke “Sister kisser” Skywalker.  Assuming no EU (expanded universe, for the noobs) foolishness, someone is going to have to teach Finn the ways of knighthood — the original student is going to have to become the teacher. 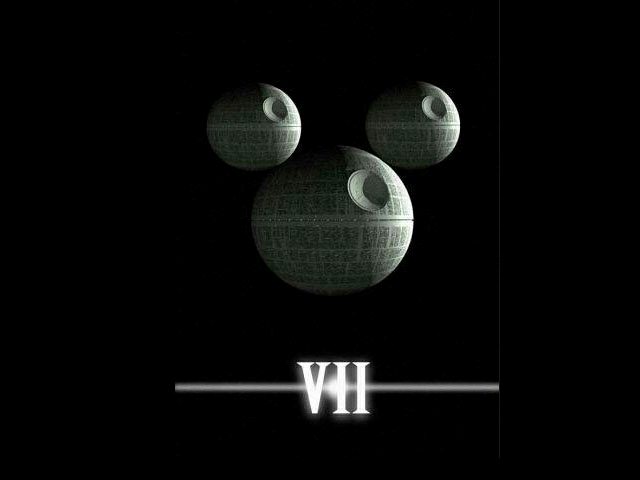 That being said, here’s the more outlandish other half of my theory…Kylo Ren is a clone.

Director J.J Abrams has confirmed that Kylo is not a Sith, and assuming we trust the word of a Hollywood producer, that leads me to believe the mystery of the dark-side powered Kylo is that he is a 30 years younger clone bred from the lopped off hand of Luke.  This would let us see what would happen if Luke had fully embraced the dark side. Even further, it’ll let the EU fanboys who read the novels and comics with Luke’s embracing of the dark side be right…sort of.  Picture evil Skywalker vs. good Skywalker —  young lion vs. old lion! 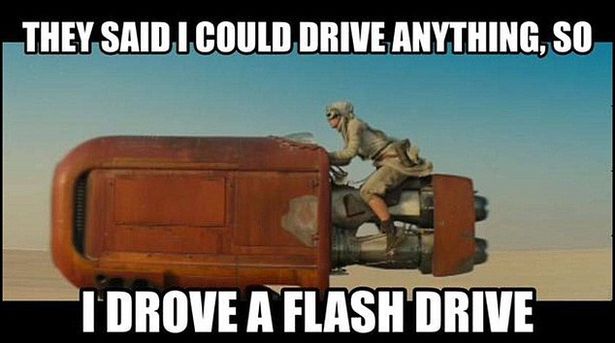 Finn is not Mace Windu or Lando’s love child.

Yes, Finn may wield the force.

No, to these baby daddy ideas.

If anything, Finn is most likely an orphan.  This would allow for him to find himself and create some impetus since he could easily have been orphaned via The Empire’s worldwide conquest.  My spider sense is tingling and I’m going with a Harry Potter analogue here.

More importantly, Jedi’s don’t procreate.  It is verboten.  Assuming Mace wasn’t breaking the rules and running off to get some Twi’Lek delight, the whole concept just reeks of filthy internet rumors. 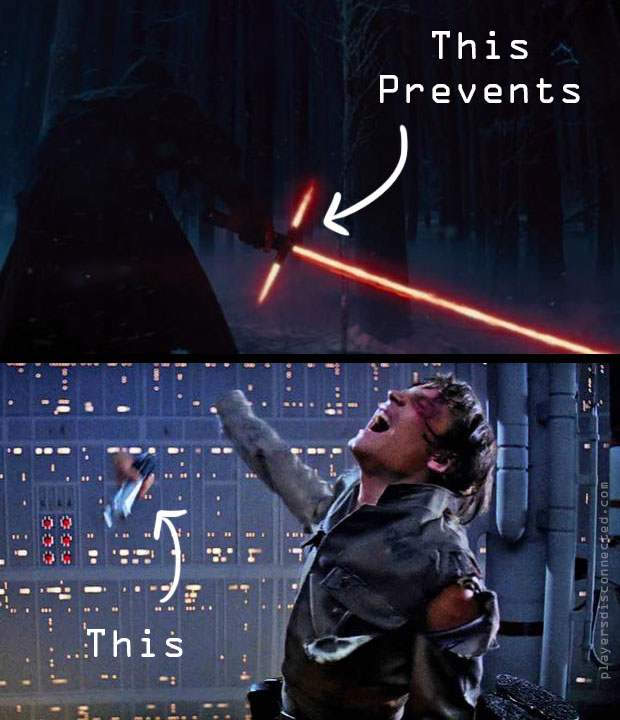 Now, there are so many reasons Lando could or could not be Finn’s daddy, but I’m just not buying.  Mr. Colt 45 may be a rolling stone, but I doubt anyone with his character would be responsible for siring the chosen one.  Although, if they recreate the Luke and Darth reveal scene with Finn and Lando holding cans of malt liquor, I’ll go see this movie thrice!

Because this is Star Wars, however, someone is bound to have a familial connection. Personally, my money is on Rey (played by Daisy Ridley) to have bloodline ties with old characters.

I’m sure they are billions of other rumors circulating, but until the film actually comes through to bust all these myths, we’ll all be frothing and formulating new possibilities.  But of course mine are right. Yet, I’m curious to see what others are.  Don’t forget to share yours in the comments.

I’m looking forward to sit in a theatre once again with my fellow fans and relive my childhood again.  Jar Jar free this time.

May the force be with you.