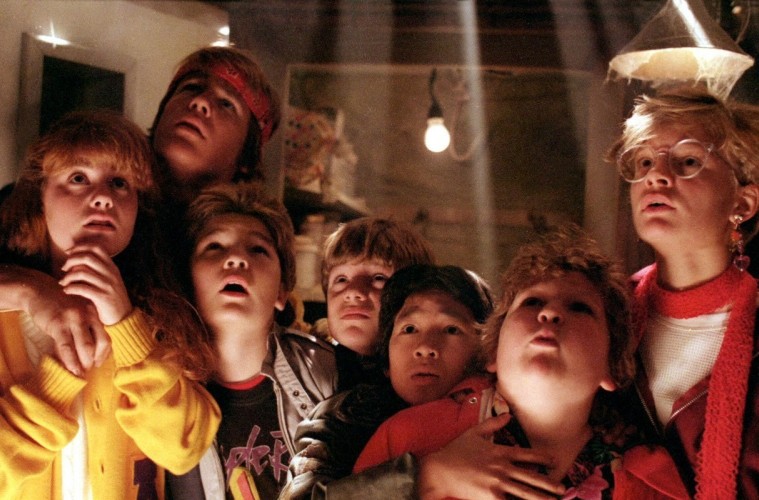 We’ve already put you onto the works of Jeff McComsey and his series of comic recaps of famous films. Well this past week McComsey outdid himself by revisiting what is quite possibly the quintessential ’80s flick…The Goonies! 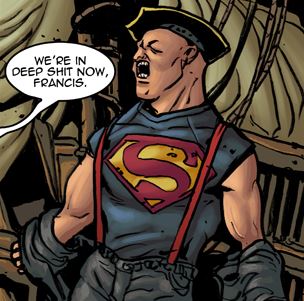 Admittedly, I’m a little bias towards McComsey and his work. In the interest of full disclosure, I can say that I’ve had the pleasure of working with the artist previously. With that understood, I think his recent “Six Panel Cinema” piece might be his best. It truly does capture the wide-eyed, danger-around-every-corner excitement of Richard Donner’s 1985 original. I’ll even go as far as to suggest that the final panel might possibly punch you right in the tear ducts. See for yourself… 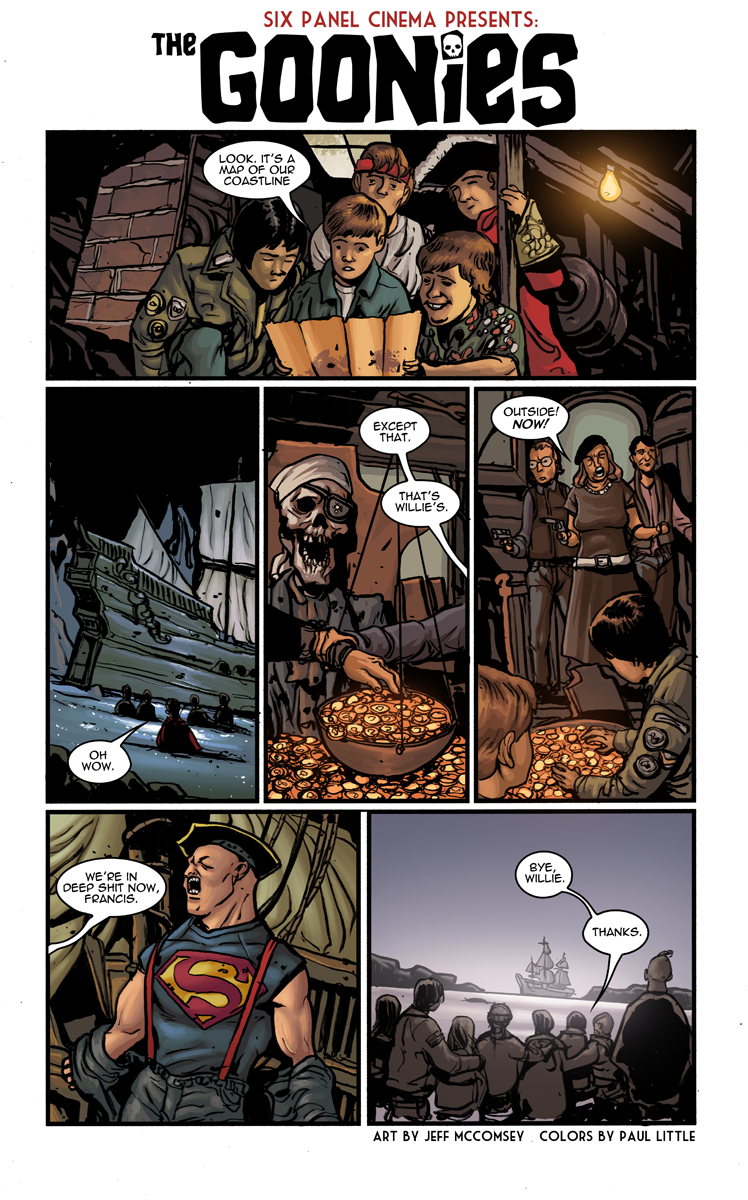 Personally, I haven’t watched Goonies in a few years (still waiting for that steelbook blu-ray), but Jeff definitely put me right in every moment.

You can check out more of McComsey’s work over on his official Etsy page. There you can check out the rest of the Six Panel Cinema comics or purchase them as prints. And if you’re feeling really generous then definitely check out the Kickstarter (video below) to his new comic about a crazed World War III captain on a mission that only makes sense inside the irradiated brain of the lead protagonist. It’s called Honcho, and if it sounds weird then good. That’s part of the fun.