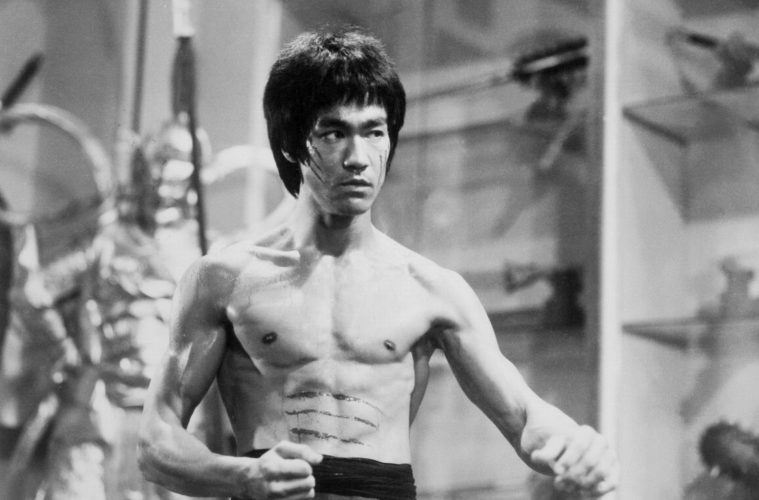 The trailer for the upcoming Birth of the Dragon  immediately caught my attention. In the trailer we see a cocky young Bruce Lee teaching the round eyes how to “kick ass”. This attitude is immediately observed and ridiculed by Wong Jack Man, the martial artist who famously challenged Lee to the behind closed doors fight that the film orbits around.

In the trailer (below), Wong Jack Man is heard saying to Lee “Your technique is impressive but it has one limitation, you”. It would seem that in Birth of the Dragon Wong Jack Man is the personification of traditional Chinese martial arts values and thinking. For some reason, the very real racial tensions around teaching non-Chinese in the 1960s isn’t emphasized in the trailer but will likely play a large role in the movie. However for me, the most interesting part about this new trailer are the hints we get at the film’s willingness to portray Bruce in a much more honest and fallible way.

Bruce Lee is undeniably one of the true greats in kung fu film history. His influence is strongly felt to this day. Even now his films occupy a place of honor in any kung fu fan’s collection. He will forever stand confidently in the martial arts pantheon. I grew up in awe of this great man, devouring his movies and eventually his books. It’s hardly a stretch to say that “The Dragon” spends more time these days being thought of as mythic and legendary rather than as a real person. 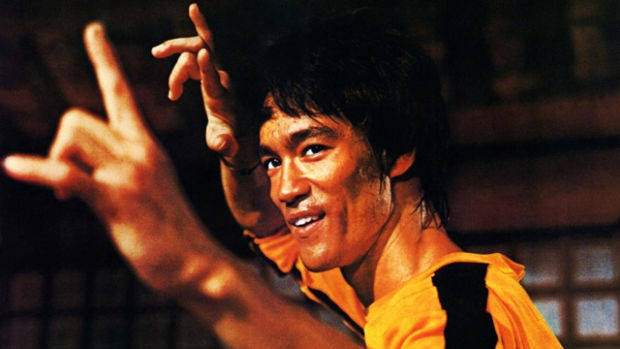 I’ve practiced martial arts since I was a child and in fact spent over 5 years training in Wing Chun kung fu under the Yip Man lineage. Wing Chun is, of course, the first martial art practiced by Bruce with Yip Man being his teacher. Wing Chun will be his primary style in the upcoming Birth of the Dragon, as it takes place earlier in his career before he branched out as wildly as he did later in life. Actually, it’s my history with Wing Chun that led me to the observation that Bruce was victim to imperfection just like the rest of us. 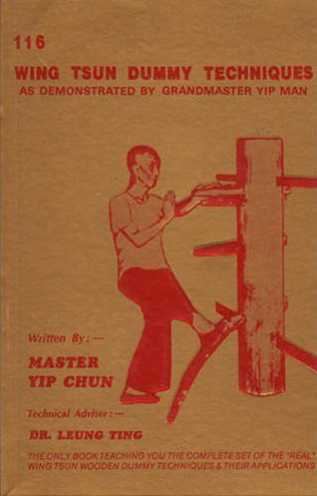 While studying the iconic Wing Chun wooden dummy, called a Mook Jong (pictured above), I purchased a book published by Yip Man’s son, master Yip Chun (116 Wing Tsun Dummy Techniques as Demonstrated by Grandmaster Yip Man). In his book, Chun tells the story of Bruce coming to his father in 1965 with a request to learn the latter part of the wooden dummy techniques and to record Yip Man demonstrating Siu Nim Tau, one of the forms from Wing Chun. In return for his master’s favor Bruce offered to buy Yip Man a new domestic flat. Chun recalls Bruce “emphasizing too much about money so as to hurt his own teacher’s self-respect”. In the end, Bruce left with nothing. This, along with their disagreements about teaching non chinese, caused Yip Man to “not like people to talk about Bruce Lee in front of him” later in life as Bruce grew in fame. 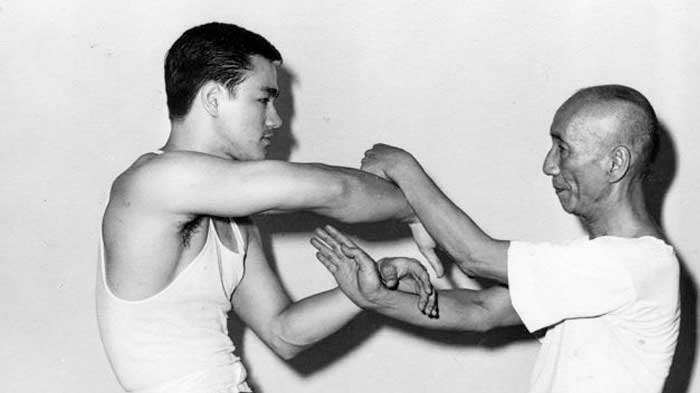 Now to some, this story may not seem like much of a big deal, but it is. As someone who’s spent the lion’s share of my life training in the martial arts, I cannot imagine speaking to my teachers this way. There is a kind of absolute respect and deference that is cultivated, and necessary, when training closely with a skilled teacher that makes this kind of interaction very troubling. This was the first crack in the perfect and unrealistic image I had crafted of Lee in my mind.

Since that time I’ve been more open to the possibility that Lee was less than the infallible icon we fans often hold dear. Through my continuing studies of the martial arts I’ve discovered that the greater the level of mastery, the more the focus shifts away from pure fighting technique and moves towards the tempering of one’s spirit and character. This is something that’s quite at odds with what we know of Bruce. It would be my observation that his obsession with the combative and technical side of martial arts, as well as his hostility towards tradition, shows a lack of these attributes seen in the most advanced martial artists.

I’m certainly very excited to see Birth Of The Dragon. The events that inspired the film are absolutely the stuff of martial arts legend. But perhaps I’m most excited because It could be the first time in recent memory where we peel back the veneer of myth and look at the man as he was, amazing, but still human.

John Fitch AKA ShakkaPanda, runs a gaming channel on YouTube, streams, draws, teaches karate and loves most anything indie media related. He also happen to highly approve of hot sauce.