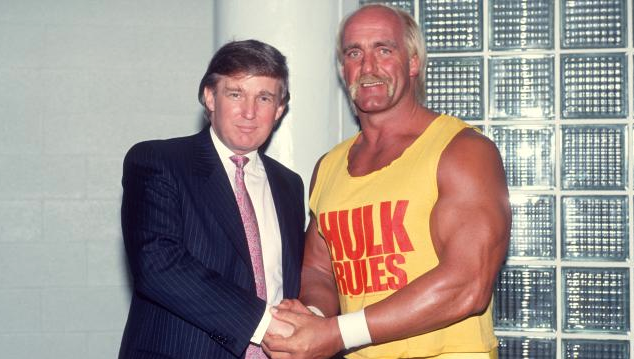 Hall of Fame Presidency on Deck!

If I woke up out of a coma on Tuesday, November 8, 2016, by Wednesday, Novemeber 9, 2016 I’d be asking to go back under because socialite, piss poor businessman, overly invested father and chronic proprietor of Eastern European mail order bride catalogues Donald Trump is the President of these United States of America. The Head of State. The Chief of the Armed Forces. The Face That Runs the Place.

You know who else is the Face That Runs the Place? John Cena. Well, he was until AJ Styles hijacked the title this past summer in what has proven to be one of the most impressive first years in the WWE since Brock Lesnar was a young, fresh faced and possibly nicer person (don’t fight me on this).

I say all this to remind you all of the Donald’s connection to the carny shit show that is the WWE; you see,  Trump and uber-Trump Vince McMahon are buddies. About as good of buddies as two septuagenarian, egotistical, pussy fiending businessmen can be. Even Vince had to give him the “C’mon son.”

These two have done business together for well over 30 years. In fact, I would wager that Trump’s relationship with McMahon is one of the most successful ventures he’s ever undertaken.

He works hard for the money…

Wrestlemania, the crown jewel of their PPV enterprise, held its fourth and fifth editions at Trump Plaza (bka Broadwalk Hall) in Atlantic City, New Jersey. Fortunately, everyone who worked that event got paid.

There is A LOT of foreshadowing in this picture.

Trump sat ringside, camera side, because who could resist looking at that mug?

The stories she could tell….

Almost 20 years later, Trump became the first President to have a Lucha de Apuestas record (by proxy) of 1-0 when Bobby Lashley defeated Umaga (RIP) on the Donald’s behalf in the Battle of the Billionaires against reputed multi-millionaire Vince McMahon. 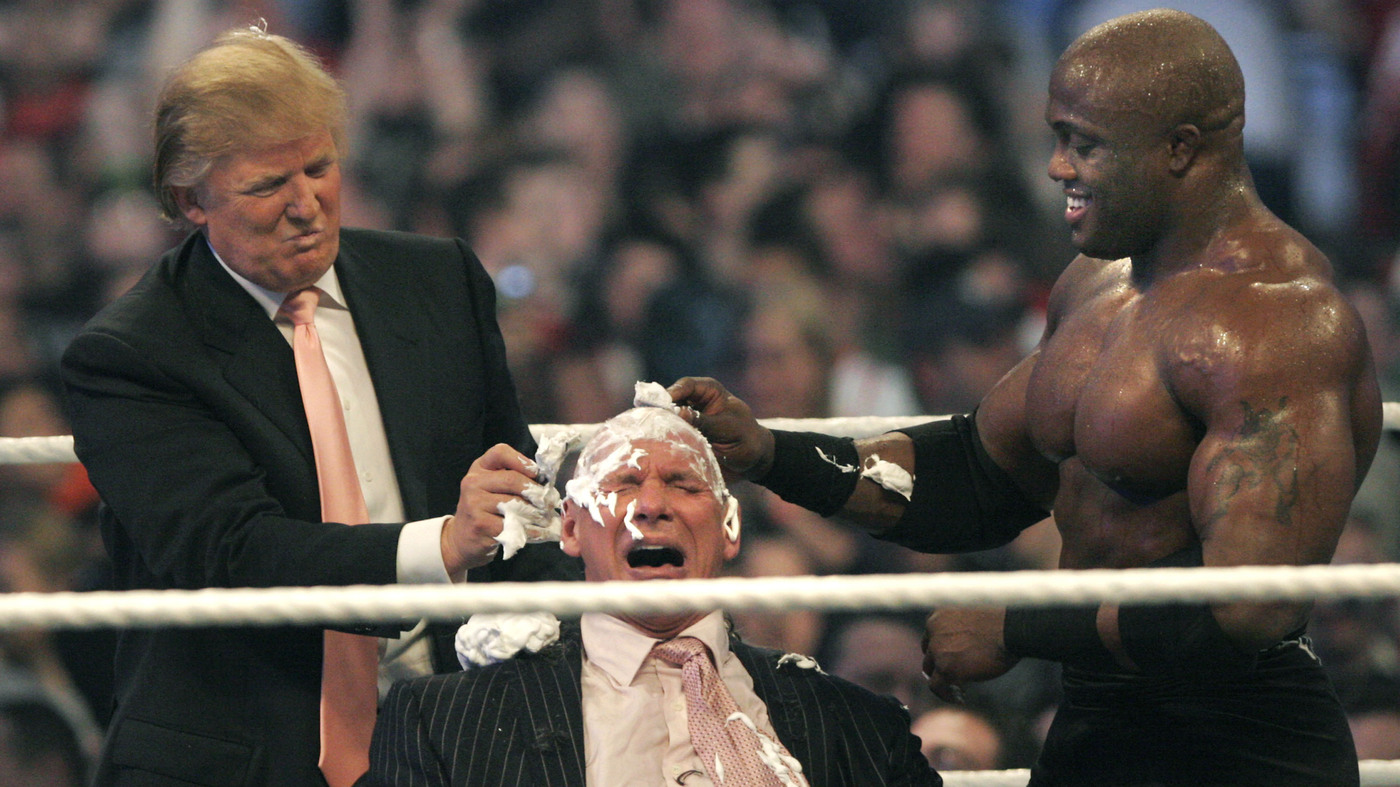 I wonder what his foreign policy’s gonna look like….

It all culminated in an induction into the WWE Hall of Fame three years prior to the events of this year.

Yes, the Genetic Jackhammers go way back. The McMahons, ever eager to waste money, donated to both the Trump Foundation and to his presidential campaign. At this point, I’m surprised that Trump hasn’t put Vince or Linda on the shortlist to be the Secretary of the Treasury.

I’ll end by saying this much. Trump and McMahon are two peas in a leper infested, spoiled pod. The two organizations that they preside over- or at least will preside over, Satan willing- are the macro (the United States) and micro (WWE) versions of the exact same thing, a society that want to see their women butt naked and compliant, their Black people smiling and dancing, their Mexicans working, their Muslims as masked terrorists and everybody else as non-existent. Both the WWE and USA are held captive by ideologies that do more harm than good. This election was best summed up this meme that’s been passed around like a roach.

How the base really got riled up.