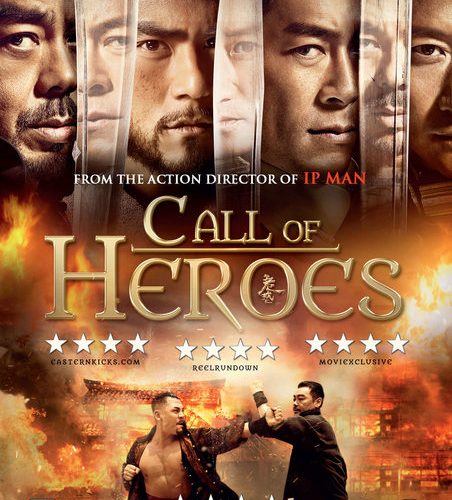 YOU’RE OUT OF EXCUSES, UNITED KINGDOM! SAMMO HUNG’S ‘CALL OF HEROES’ IS COMING TO YOU!

Cine Asia makes a grand return with their first new release since 2012 – CALL OF HEROES – a martial arts epic set in the warlords era of China, in which a small village fights to defend itself against an overwhelming onslaught.

Blistering, epic-scale action from director Benny Chan (NEW POLICE STORY, SHAOLIN), with action director Sammo Hung (IP MAN, DETECTIVE DEE: MYSTERY OF THE PHANTOM FLAME). Call of Heroes thrills throughout in its tale of skilled martial artists, who take a stand to protect their village against a ruthless army.

In 1914, after the collapse of China’s Qing dynasty, Yang Kenan (Sean Lau – Mad Detective) is appointed as guardian to defend the rural village of Pucheng. When a lone man enters the village and takes innocents lives, Yang makes the decision that he must be sentenced to death. It emerges that this man is Cao Shaolun (Louis Koo – FlashPoint), son of a sadistic warlord, and his army demands the son is released, threatening to bring death and destruction. The village soon becomes split between those who want to stand against the warlord, and those who want to set Cao free in a bid for peace.

As the odds for peace lessen and the pressure mounts for Yang to release the murderous captive, a stirring tale of heroic resistance unfolds as he and a team of skilled villagers make a last stand against the warlord’s vicious army. In the face of insurmountable odds, heroes will rise. 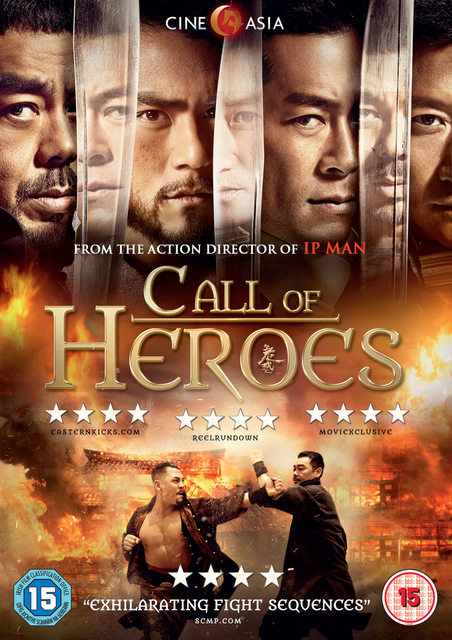 Call of Heroes is available to pre-order on Blu-Ray and DVD now from CineAsia! Look for it on store shelves January 2, 2017.