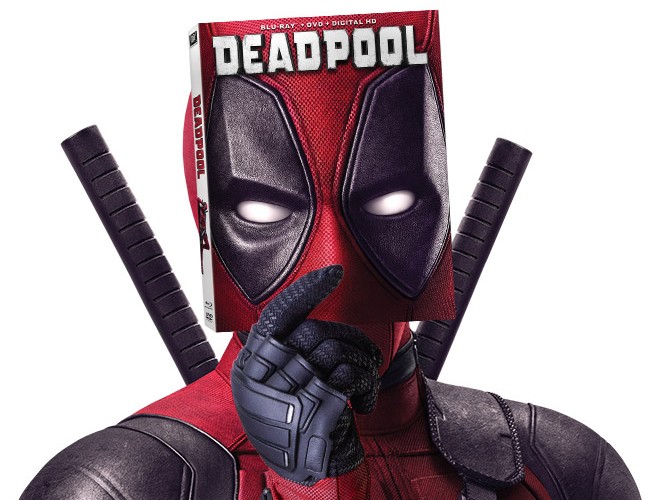 GET YOUR WALLETS READY. DEADPOOL IS COMING TO DVD, BLU RAY, AND STEELBOOK ON MAY 10TH

If you were a huge fan of the Deadpool movie (as I’m sure you are if you are on this site) then get ready to loose some more cash. It will be available for purchase May 10th.

In case you haven’t seen Deadpool, the movie was a refreshingly violent and funny take on the superhero genre that was true to the character and, dare I say, went above and beyond what the comic was able to do. We loved it, you’ll probably love it, so feel free to give FOX more money. They deserve it this time.

Whiskey Tango Foxtrot: Based upon Marvel’s most unconventional anti-hero, DEADPOOL tells the origin story of  former Special Operations operative turned mercenary, Wade Wilson, who after being subjected by a rogue experiment that leaves him with eccelerated healing powers, adopts the alter ego Deadpool. Armed with his new abilities and a dark, twisted sense of humor, Deadpool hunts down the man who nearly destroyed his life. – 20th Century Fox