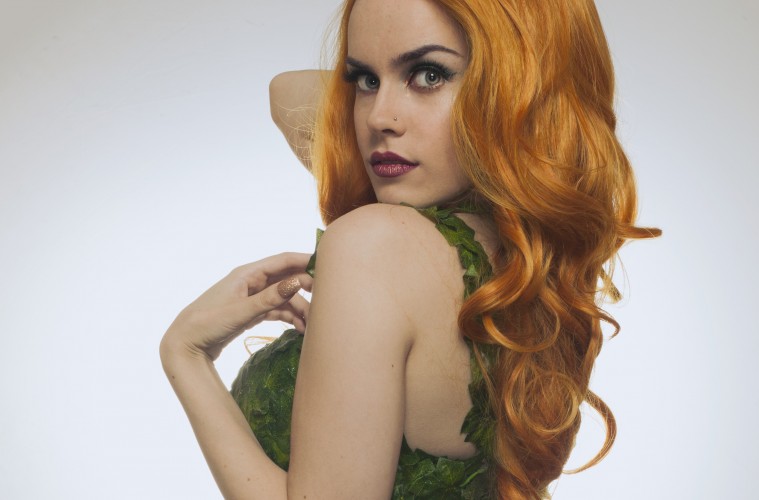 Walking around the convention circuit, you can easily recognize that there are levels to the world of cosplay. On one tier you have the beginners — those who have been inspired but are trying figure out their craft. Then there’s the mid-level cosplay. The point where the details start to shine — financial restraints be damned. Then there is awesome cosplay. The kind that makes you stop dead in your tracks and go “Damn!” These creative minds manage to always shock and awe at cons by bringing a character you’ve long thought of as a fantasy off the page/screen and into reality. That’s where Shiveeejam currently resides. In that top tier of cosplayers where reality and fantasy disappear and you’re left with the character.

Hailing from Melbourne, Australia, Shiveeejama is currently killing it on the cosplay scene. More recently, she started to branch out into acting, starring in Fury Fingers’ Boom Raider video (below).

If you haven’t been paying attention, Shiveeejam is freakin’ owning it right now — grabbing waves of attention online for her takes on Lara Croft, Domino, and Lady Deadpool. We were fortunate enough to land an interview with the “pop culture loving awkward turtle-human hybrid” and she was kind enough to answer some of our questions about cosplay, geek stuff, and whatever else we could think of. Enjoy.

AAGG:  What made you want to get into cosplay? And what was your first costume?

SHIVEEEJAM: Originally back in 2013, I was doing a lot of work as a freelance presenter. I was working for a couple of people for free producing content at conventions interviewing celebs and people roaming around. One of the absolute standouts in my interviews and around the conventions at the time were the Deadpool cosplayers. Of course, I had no idea (surprisingly enough) about Deadpool other than being “the dude in the red suit with swords” so I did some research – I read the comics. And I fell in love. I began making friends with a few people in the cosplay community through my work at the time, and next thing I knew I had ordered the suit, played with SFX make up and was having fun in my back yard with a camera being a brown haired Lady Deadpool. I chucked the pictures online to see what people thought… and next thing I knew it went viral. 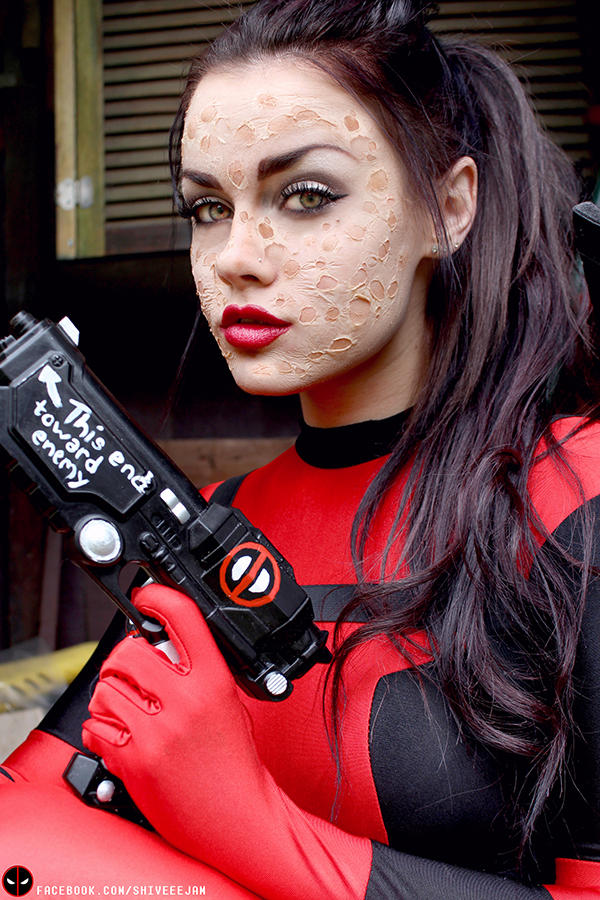 AAGG: When did you decide to take cosplay more seriously?

SJ:  I don’t know really, it comes in waves. When I first started gaining momentum, I actually got really scared. I didn’t know what to do with this sudden growth (somewhere between 4000 – 5000 people liked my page in the course of 48 hours on facebook alone) and I halted cosplay and pop culture work for a few years. I think 2015 was really my year, I had an amazing person in my life greatly supporting anything I did and helping me tackle my anxiety around cosplay and people. I branched out into doing more things for just myself, I had had this overwhelming sense I had to please everyone and had to do better than my first costume – as soon as I realized that’s not what I wanted, I could step back and do what I REALLY wanted and that’s when things became more serious for me, when I stopped pleasing everyone but myself. 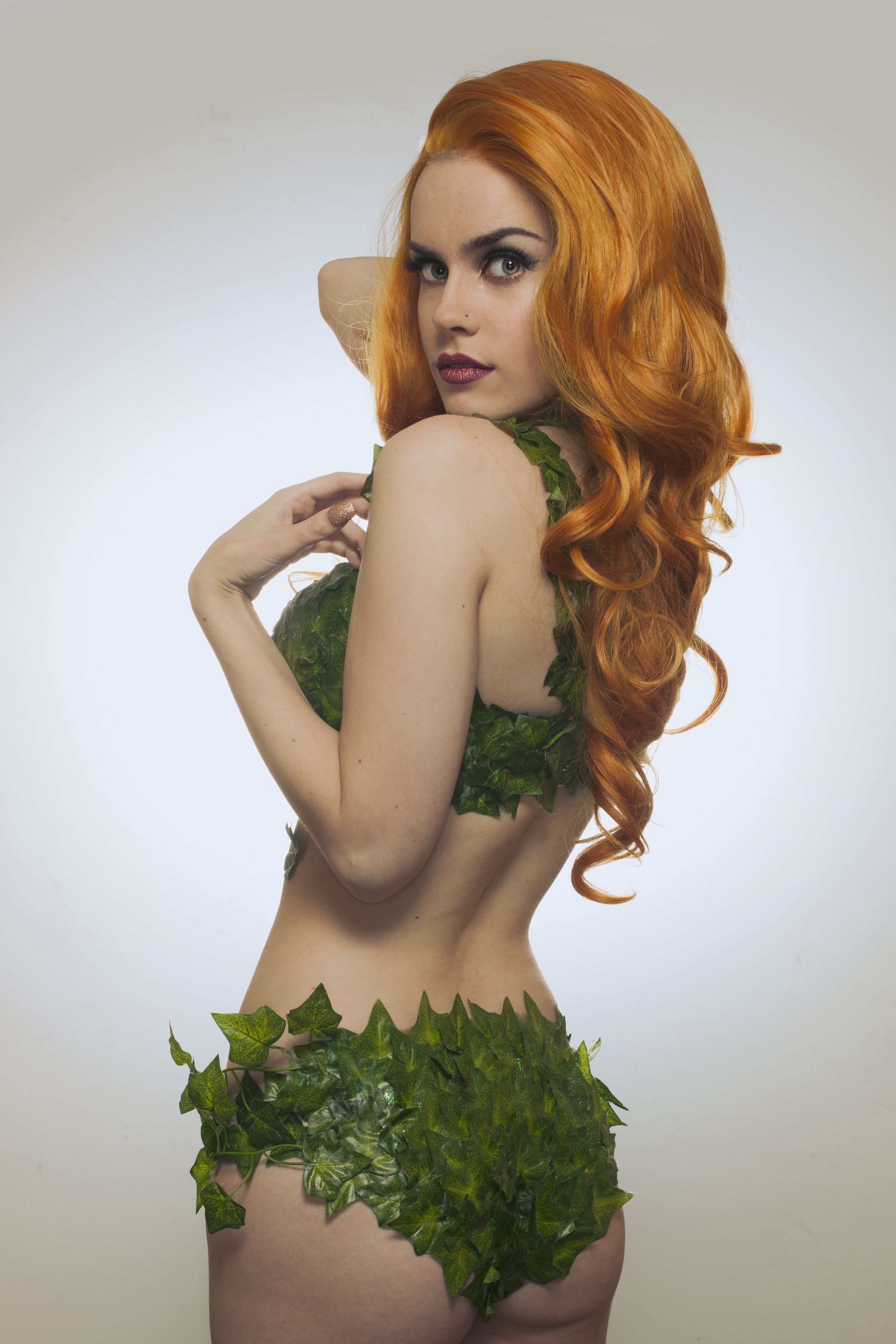 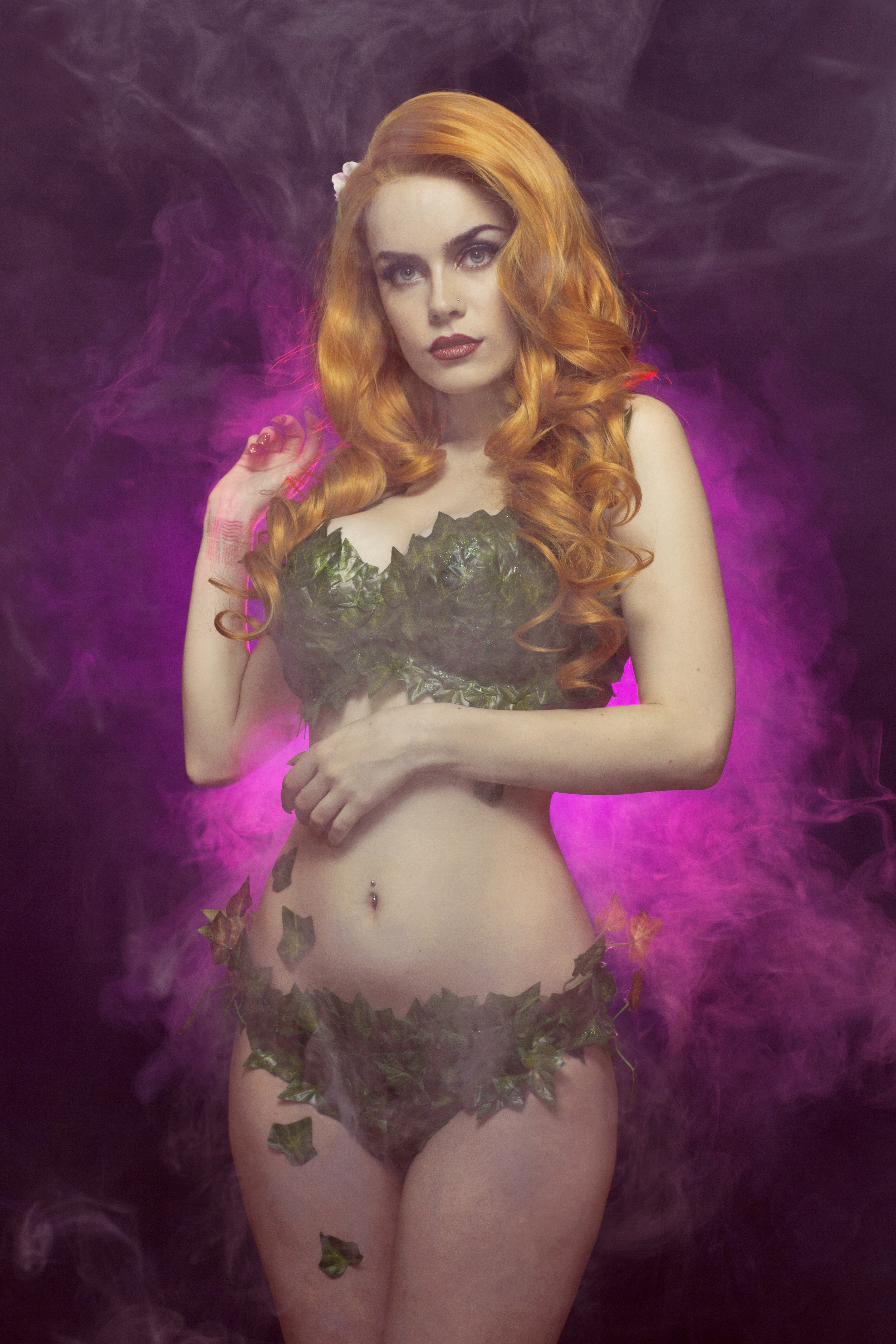 AAGG: What characters do you have the most fun with? Were they more influenced by your childhood or were some of these characters from more recent movies/games/comics/manga you are a fan of?

SJ: I have the most fun with the badass characters. I’ve always had this chronic bitch face thing going on since I was a teen, so I think that plays well with picking those characters. I did Poison Ivy recently, and I think it took me a solid 20 minutes during my photoshoot to work out how to not have this harsh face going on, and try to be seductive like the character deserves. I also did Domino, who I felt more natural portraying as I didn’t have to force her grumpy face, it just came so naturally. I’ve been a big fan of comic book characters, movies and pop culture since I was a kid. I was always been drawn the toughest but most damaged of characters. I have so many influences in my life it’s hard to ever pick just one. I’d prefer to live in a world that’s not our own. I immerse myself in fiction. 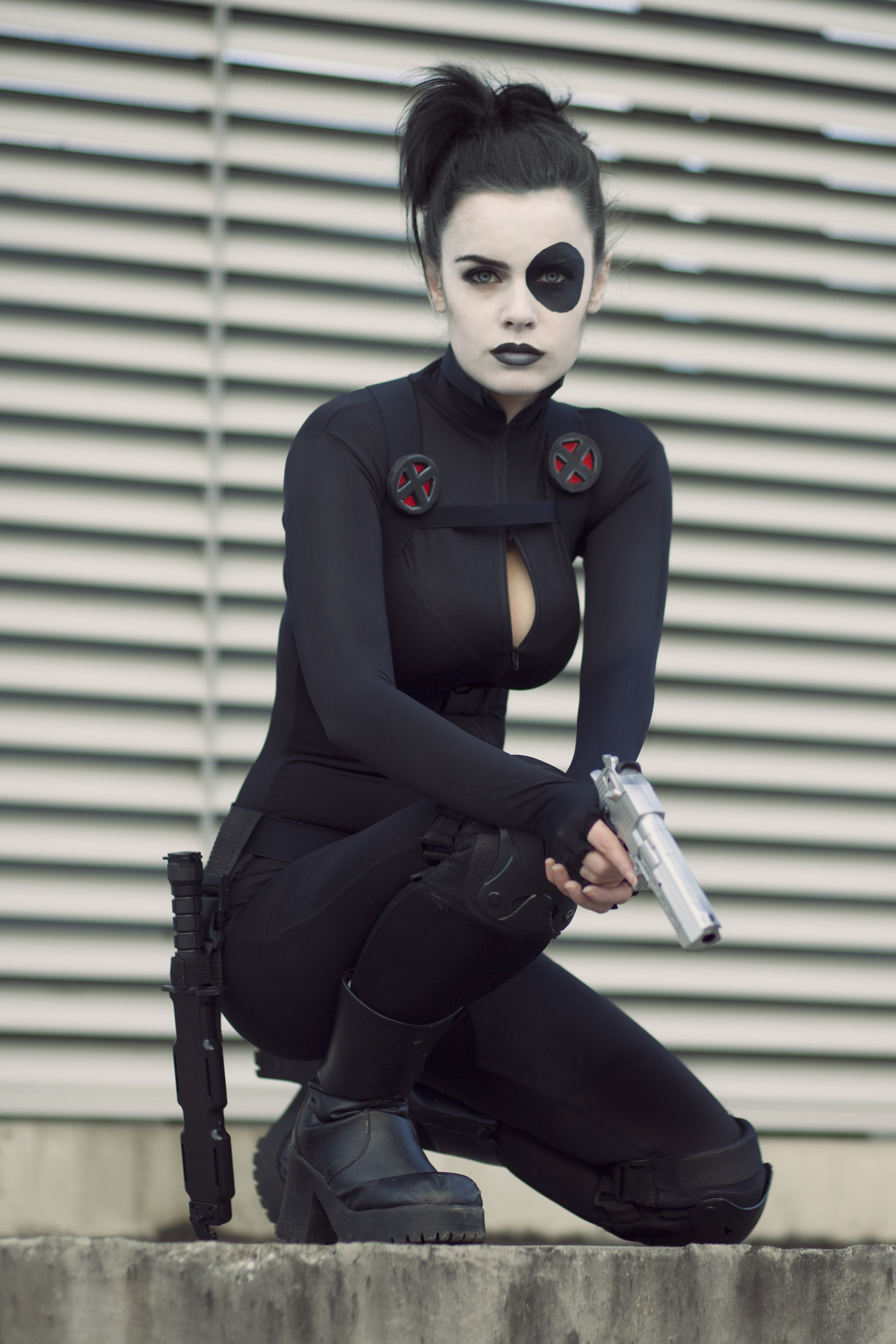 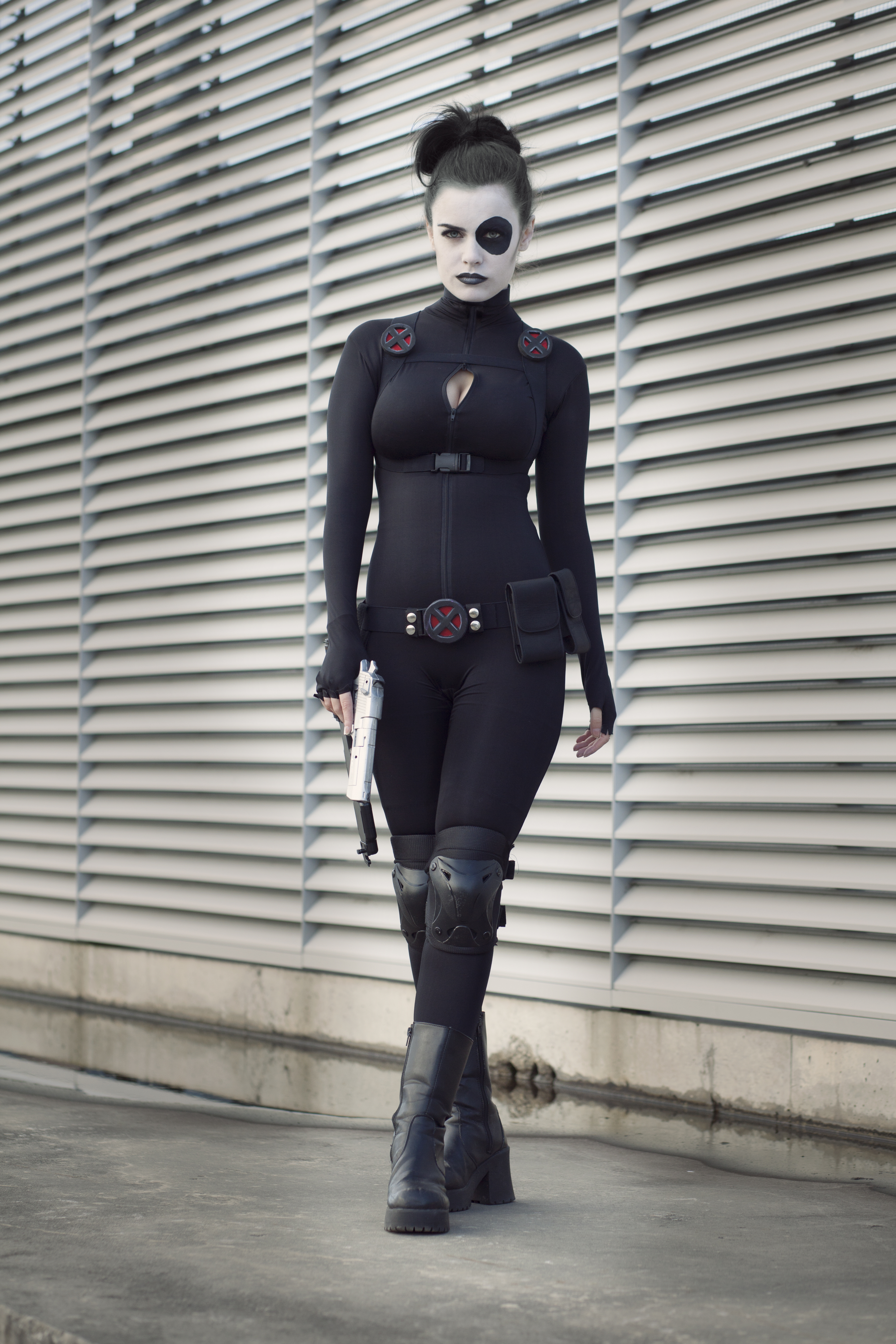 AAGG: What is your favorite costume so far?

SJ:  It would have to be Lady Deadpool, just because its brought me so much joy in this community. Its brought me where I am now. I think that’s always going to be special to me. 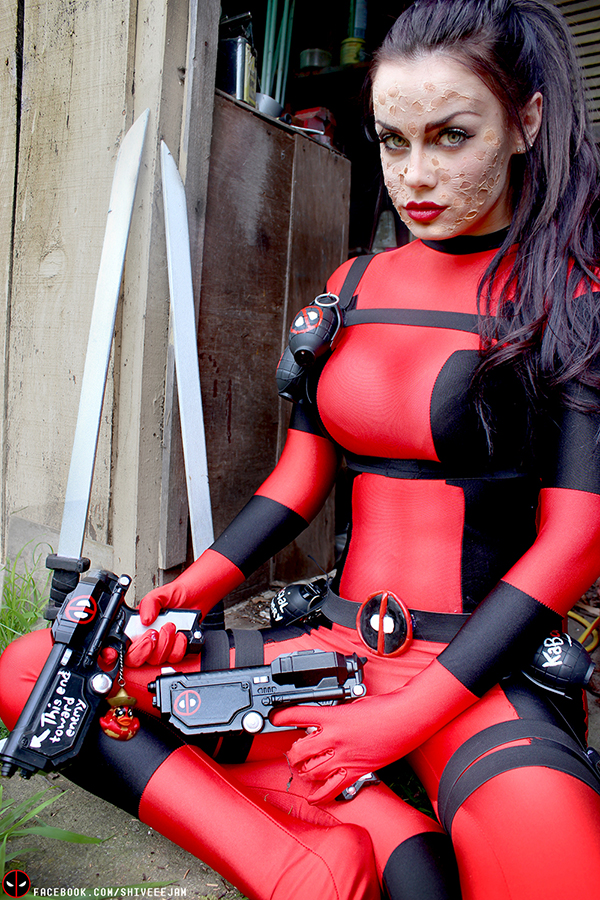 AAGG: How long does it take you to make the average costume? What materials do you prefer working with?
SJ: It really depends on the costume, generally it takes me a few weeks or a few days. Sourcing my materials is usually the longest time I have to factor in. I’ve only recently started to experiment with different materials, before now I’ve just been a big fan of hot glue, makeup and praying for the best to make things work. It’s seems to have done well so far. 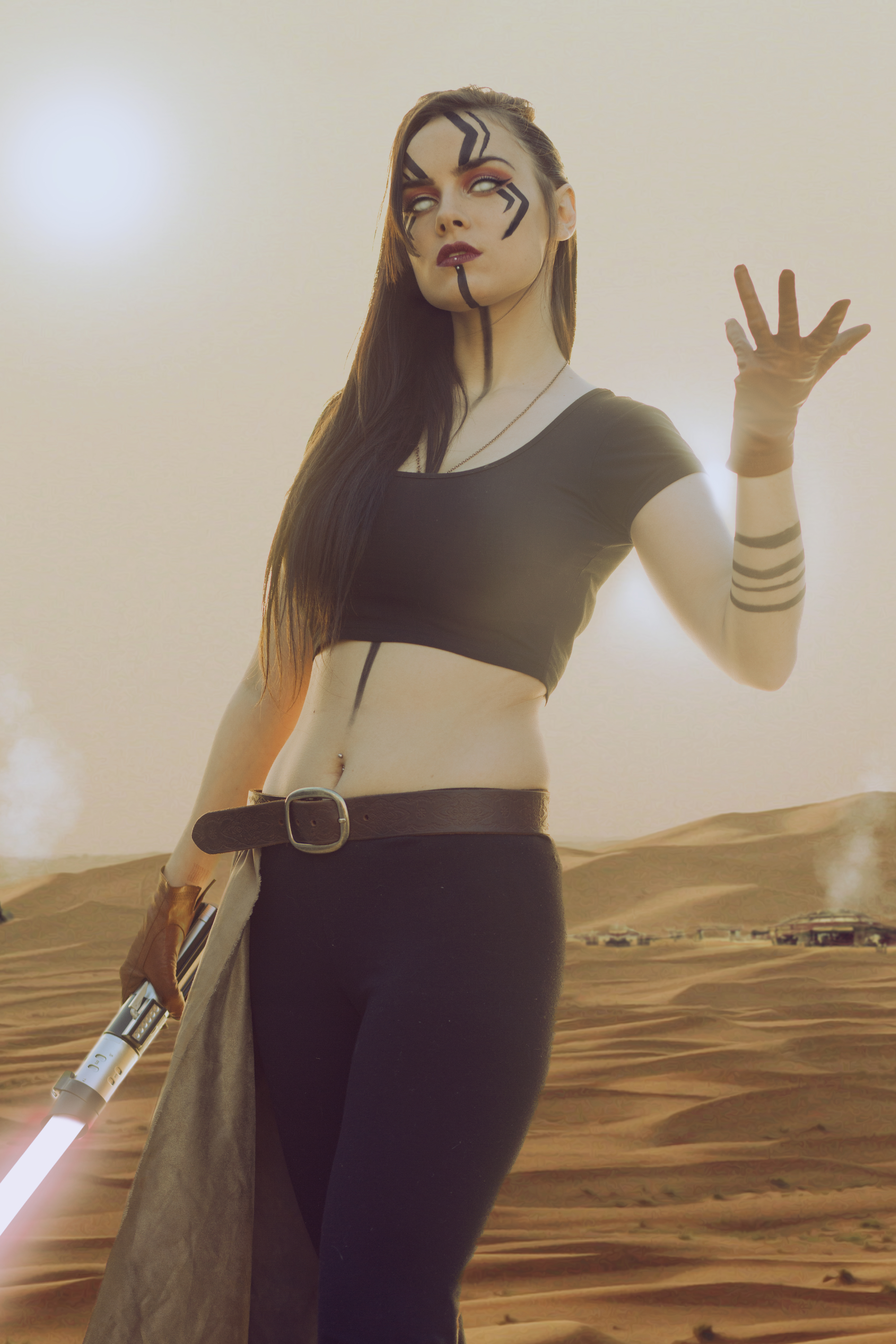 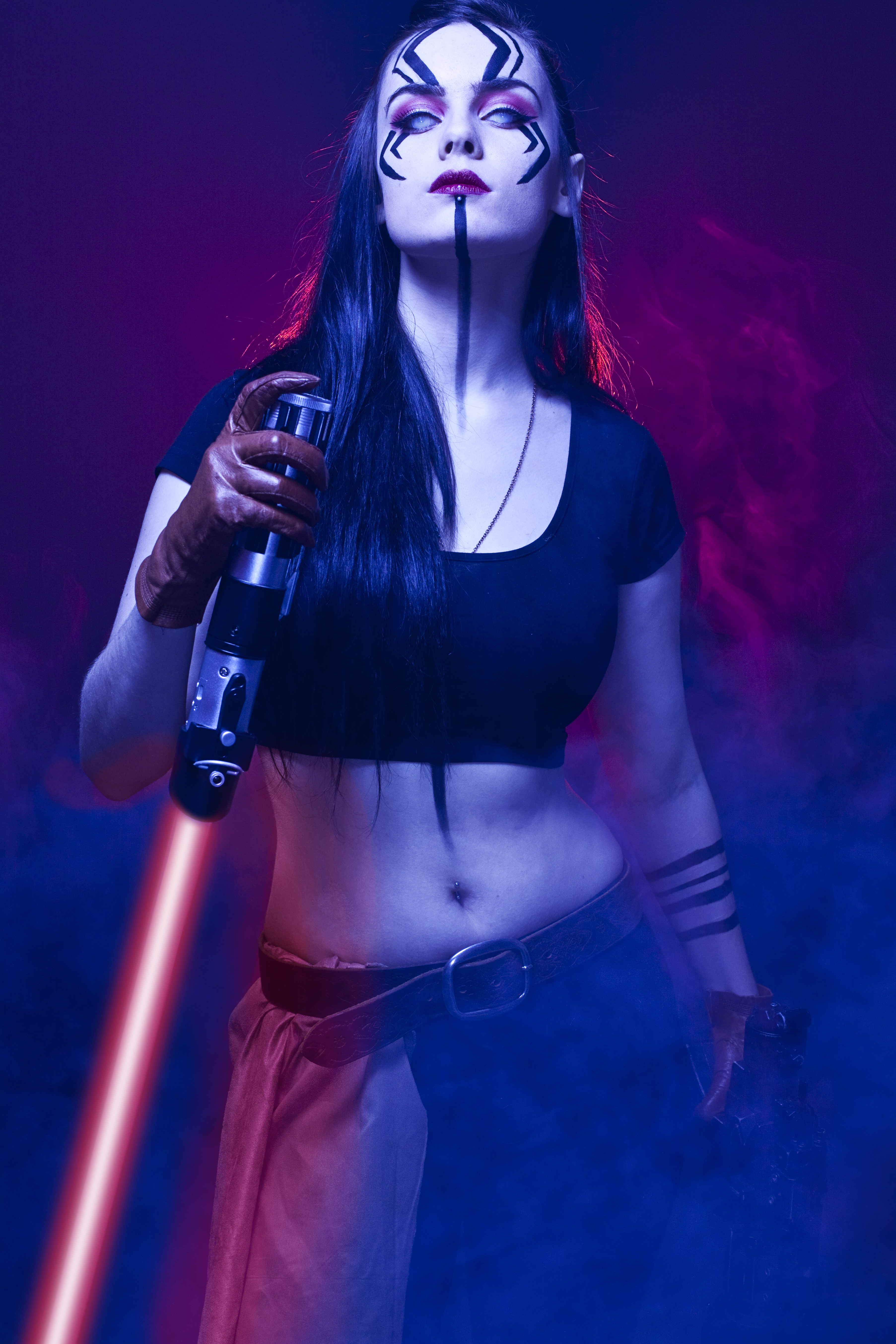 Photos of Shiveeejam as a Sith Lord courtesy of Sldixonphoto

AAGG: What are your favorite conventions?
SJ: I’d say Oz Comic Con. They’ve been my home bases for a few years. I have a good relationship with the people involved behind the scenes and I always know my cos-friends will be there. I’ve met the greatest person in my life from that convention… the environment there is unique. One day I hope I’ll be lucky enough to guest at any convention. I do have my cosplay-bucket-list there for that dream! But OzCC, has some special memories attached to it compared to the others. 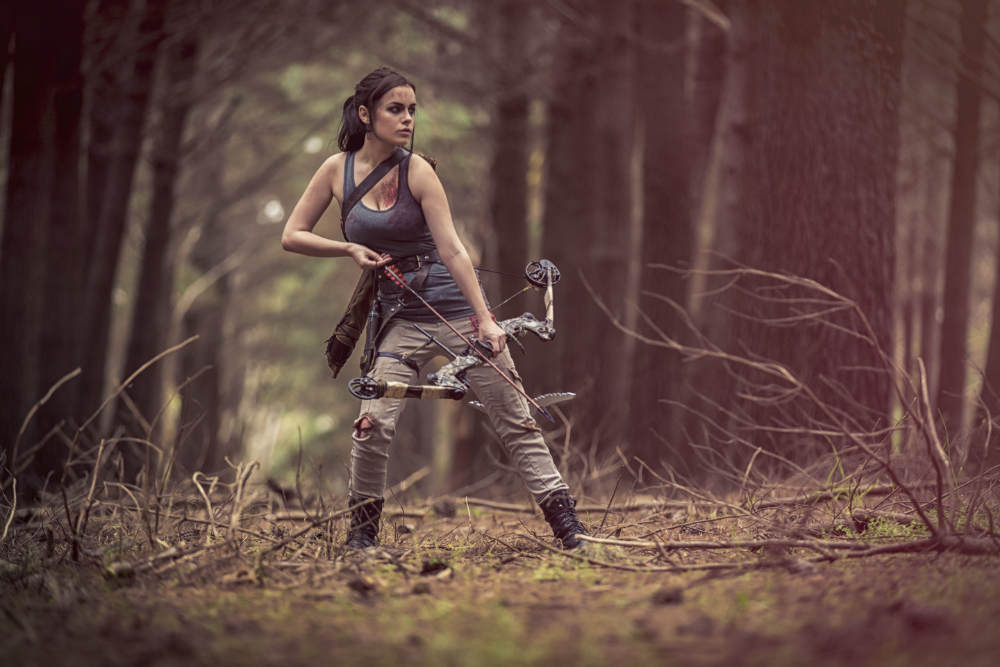 AAGG: If someone asked you what cosplaying is about, what would you tell them? What drives you to do it?
SJ: To me, it’s about being something more than just yourself for a day. It is about making other people happy, but firstly it needs to make you happy. If you’re not happy, you shouldn’t do it. I live by that simple rule in life. I’m driven to continue doing this every day by the people, I have this big community, or family, of people now who follow my work and chat with me about my common interests with them. I wouldn’t do it if I didn’t have them to support me.

AAGG:  What advice do you have for people that want to get into cosplay? Where should they start?

SJ:  I honestly tell people there’s no right or wrong way to start. You just need to start. Pick a character, make the costume. Do it until you’re happy with it. But also, be prepared to spend a lot of money doing so. Try to do as much research as possible first, know your budget. But you will make mistakes, and those mistakes will cost money more often than not. Cosplay is not a cheap hobby if you want to look exactly how you picture sometimes… I don’t think I have a single costume that’s cost me less than 100$AU. Ever. 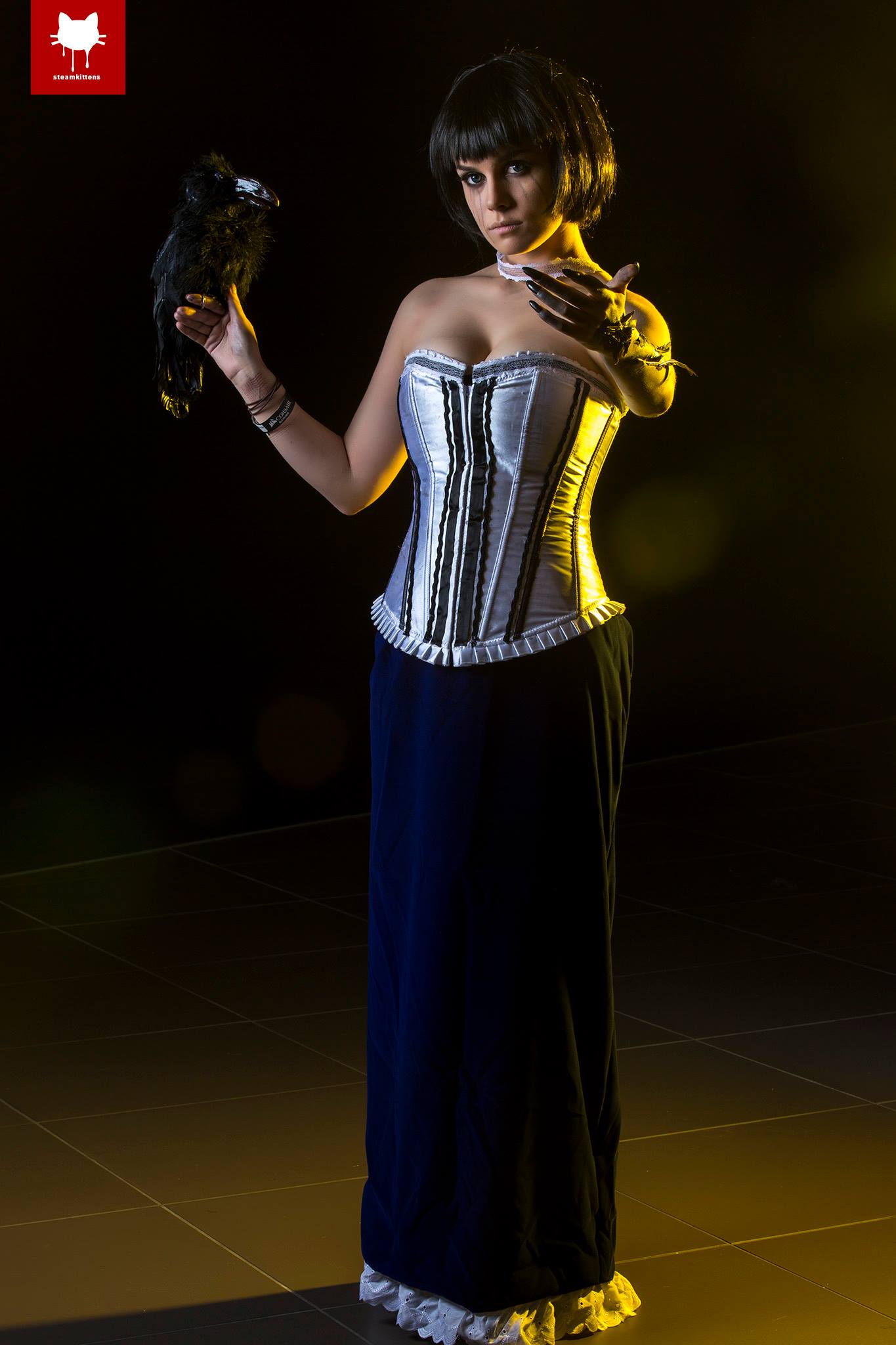 AAGG: With the Fury Fingers videos  you have branched out into acting. Is acting something you have always been interested in or was it a natural extension of your work in cosplay?
SJ: All I ever wanted to be as a kid was an actor. But when I was in high school, I was told I couldn’t be an actor because I wasn’t interested in stage productions. It felt like a kick in the guts back then, and if I could go back to that chubby cheeked kid in the prime of her life, I’d tell her not to listen to those twits. My work with Fury Fingers was all together terrifying and exciting. I did stunt training for 2 weeks before hand, and being on set felt really natural after the anxiety caused by nausea settled down… I’d love to do more acting work. I just wouldn’t know where to even begin now being so late in life. I’ve been really lucky with what I’ve produced so far, and I was so lucky with the guys at Fury Fingers. I guess I love Cosplay so much, because it feels like acting every time you step into that characters shoes. 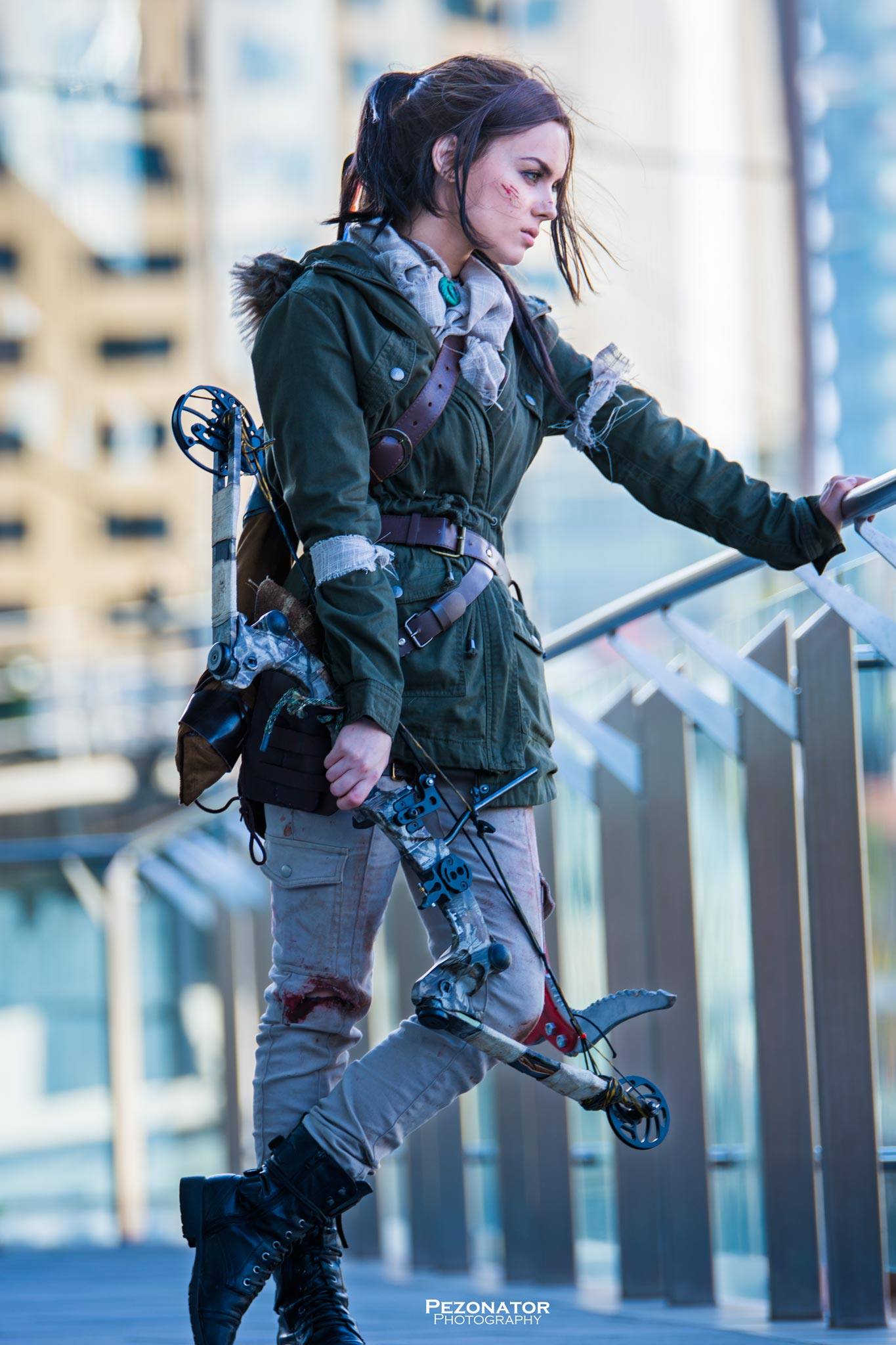 Photo of Shiveeejam as Lara Croft courtesy of Pezonator Photography ​

AAGG: We always like to ask what our interviewees think about the future. So what do you see coming down the pike? Is there anything we should look out for? Any trends in cosplay we should keep an eye on?
SJ: Cosplay is such a huge and ever changing thing now. You cant predict it. The futures just what you make it. You can never know what’s down the road, but you do have some sort of choice in where you go and what you do. I think in cosplay recently, you can’t just hope certain things will happen for you by doing it. Partly you do have to go out and make them happen. Write a bucket-list, set some goals, talk to the right people to make them happen. Nothing bad will happen if you get knocked back. The only thing that can happen if you don’t try is that you’ll be exactly where you are and never move, and the worse thing that can happen if you DO try, and fail, is that you’re exactly where you were. Just keep going. Make things happen.

ACTION A GO GO would like to thank Shiveeejam for taking the time to talk to us about her craft and what inspires her.

You can check out the full list of her social media accounts so you can keep track of her goings on and enjoy the gallery below. 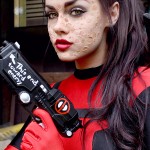 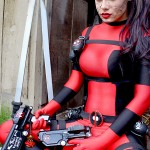 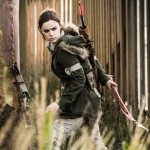 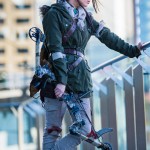 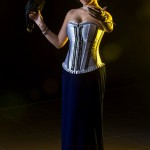 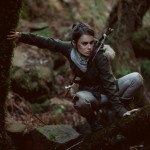 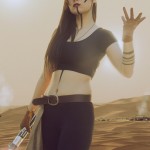 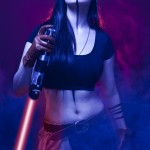 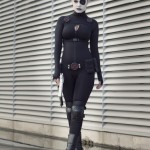 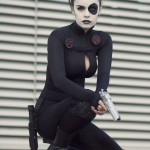 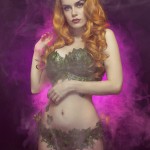 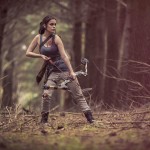 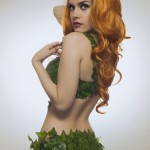