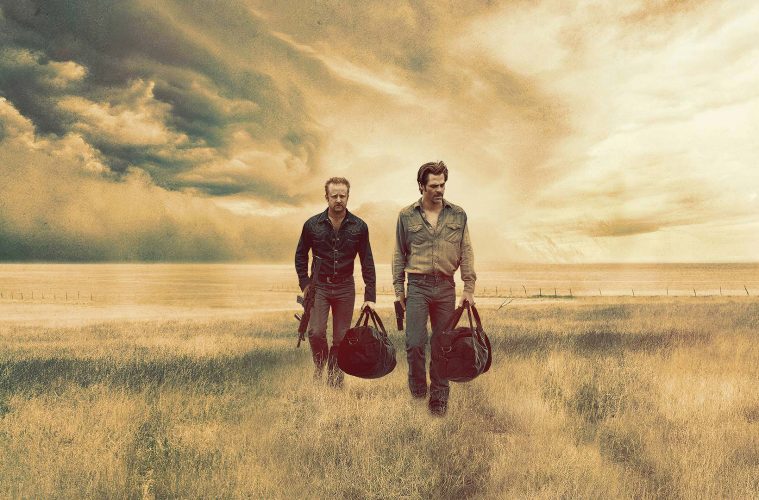 THE ACTION A GO GO SQUAD’S FAVORITE FILMS OF 2016

End of the year lists are kind of the thing to do as we collectively transition into another 12 months of political unrest, faux media controversies, and bloated blockbusters (just a prediction). So why should Action A Go Go be any different?!

Our ragtag band of misfits here at AAGG have opinions. Unlike many other websites centered on pop culture, however, we actually have good taste. So, in terms of movies, what did the Internet Special Forces think were the cream of the crop in 2016? How about…

Everybody Wants Some!! (Gregory Sahadachny)

Richard Linklater’s spiritual sequel to 1993’s Dazed and Confused, Everybody Wants Some!!, is another jump into a coming-of-age story for a group of kids in a specific time and place. This time we’re in 1980 and instead of the varied cliques of high school, we’re focused on a college baseball team squeezing out the last days of summer fun before the semester starts. Like several of Linklater’s films – Dazed and the Before trilogy, to name a few – this film is seemingly thin on story plot in favor of character-sketching and experiencing each personality through vignettes. Admittedly, following a bunch of baseball players in 1980 gives way to a brand of misogyny especially antiquated by today’s standards, but their machismo and ball-breaking feels more like the narrative’s point-of-view and not the filmmakers’ sociopolitical leanings. The point of Everybody Wants Some!! is to have fun, and we rarely get to feel like this in cinema: living in a moment with characters, void of forced motivations and conflicts. It is the most organic movie I have seen in some time; a type Linklater is a master at. Chasing girls, drinking beers, going to clubs and trying to fit in; it is so many heterosexual boys’ experience, as they bond with their friends and try to find who they are. The film manages to be a journey more than a destination, and that is what I look for more and more in our climate of superhero Hollywood escapism. Oh, and the soundtrack is killer!

Robert Eggers’ directorial feature debut is an exercise in nearly oppressive dread.  As a family becomes ostracized from their Puritanical community, evil forces descend and begin ripping apart their already fragile relationships from the inside.  The VVitch utilizes disturbing imagery and deliberate pacing to create a terrifying experience.  Some people criticized the film for not being a true “horror movie”,  but this goes the way of classics like Rosemary’s Baby to craft fear out of tense build-up and joyfully blasphemous concepts.  The best horror films for me are hyper-focused doses of pure genre that are deceptively straightforward.  The VVitch uses a methodical pacing and an uncomplicated story to comment on religion, sexuality, and gender in thought-provoking ways.  My favorite film of the year.

A hit on the festival circuit – the film picked up, among others, an award at Cannes – Divines tells the story of two street kids who are drawn into a life of crime. Set in the concrete suburbs of Paris, the film’s more familiar elements are given a crystalline freshness by the vivid characters and vibrant performances from the two leads. While Divines notionally operates as a thriller, director Houda Benyamina using the genre structure to provide an interesting critique of how its characters ambitions and definition of success are formed by influences from family, religion, state education and wider society.

2016 was an epic year for action movies. With everything from superheroes, aliens and the Teenage Mutant Ninja Turtles, to Tom Cruise and Jason Bourne back kicking ass, the year was a total joy for me. Among all of the spectacular action movies last year, I saw a handful of movies at the cinema that didn’t involve blowing sh*t up and saving the world, and the highlight of those movies from 2016 was ‘Sausage Party’. With a wonderful all-star voice cast – Seth Rogen, Jonah Hill, Kristen Wiig, Bill Hader, James Franco, Danny McBride, Paul Rudd, Salma Hayek, Edward Norton etc… – Sausage Party features various food items in a US supermarket who believe the outside world to be a beautiful place of freedom for all food and drink, and try constantly to be chosen by the countless customers who come through everyday. But all of that is changed when they discover what really happens to food on the outside, and they are forced to fight for their survival from not only the many hungry mouths in want of them, but also an actual Douche (Google it!), hellbent on destroying them all. Loud, insane, utterly offensive and so very funny, Sausage Party is hands down the best movie Seth Rogen, James Franco, Jonah Hill and friends have ever made together. Many people chose to take special offense at some parts of the movie, but sadly they are either too tightly wound (It’s an animated Sony movie, calm down people!) or just don’t understand the Rogen/Hill/Franco ways. For me, this is the funniest movie in a long time, the finale is especially hysterical. And it’s brilliantly animated. I’m a big fan.

First, this is TECHNICALLY an action film: it has car chases AND shootouts, but Nocturnal Animals is so much more. It’s an icy romantic drama slammed head-on into a gritty action thriller! Imagine No Country For Old Men wrapped around a hint of Fifty Shades Of Grey.  Director Tom Ford – – yes, Designer Tom Ford — made a compelling thriller that keeps you caught between two separate films: one an erotic drama, the other a classic action thriller…and it works!
Added bonus #1:  Amy Adams, Jake Gyllenhaal and Michael Shannon are all at the top of their game.
Added bonus #2:  the most disturbing and immediately R-rated opening credits in movie history.  You have been warned!

Funny, heartbreaking and socially relevant, Hell or High Water embraces its three anti-heroes as real humans with real goddamn problems like aging and sociopathy and poverty. But the film also discusses the institutions that contribute to all of these goddam problems – the criminal justice system, the banks, the human condition. HELL OR HIGH WATER is a remarkable, essential film for 2016. It’ll be impossible now to short-sell Chris Pine as just another Captain Kirk. The actor does more than hold his own alongside Jeff Bridges sand Ben Foster.