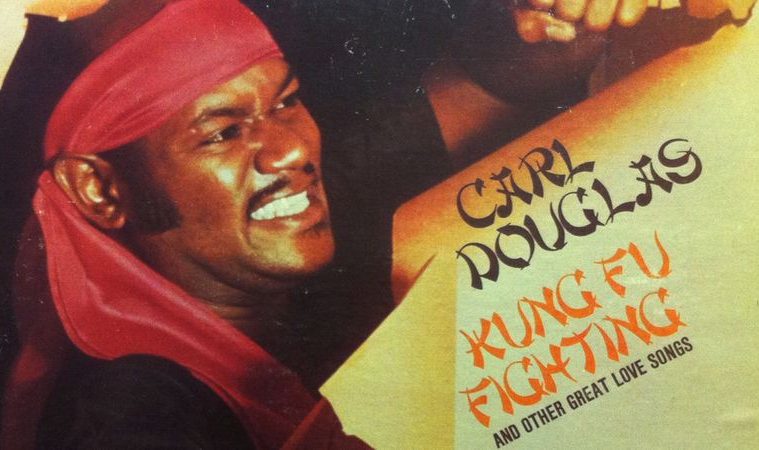 There’s a moment coming in American life when unemployed Americans’ en masse return to factory labor will allow for Donald Trump to exploit and negatively stereotype liberal middle class American protesters — many of whom have jobs and relative prosperity — rallying in the streets instead of say, going to work. This almost too easily expected move will actually put a lot of egg on a lot of faces of a lot of people who perceived that gathering in the streets was the most constructive use of the first 100 days of our new President’s four years in office. Quite simply, and with nary a shred of humor in my voice, maybe it’s time quick-to-protest liberal middle-class Americans to adapt principles of “kung fu fighting” as a guiding principle of their movement(s), lest it all end soon in embarrassing failure.

Instead of wearing pussy hats and making signs, it’s in liberal and agitated Americans embracing the art of kung fu, aka, time-intensive, yet patient and wholly energetic study, we might actually see Donald Trump — a narcissistic totalitarian dictator using a mix of fear-mongering and Pavlovian reward principles to solely rule his cult of personality — embrace a fuller sense of what’s needed to allow America to truly evolve past our now-flawed “Democratic” history and into our best post-modern society.

It’s a terrible shame that “kung fu” became a catch-all term moreso defined by Hong Kong-produced Chinese exploitation films of the 1970s that flooded an economically depressed American cinematic marketplace than a beautiful, un-armed practice aimed at self-defense and discovery of one’s best self. Wikipedia defines “kung fu” as “a Chinese term referring to any study, learning, or practice that requires patience, energy, and time to complete. In its original meaning, kung fu can refer to any discipline or skill achieved through hard work and practice, not necessarily martial arts.”

For as much as Carl Douglas’ cheeky 1974 one-hit wonder was *clearly* used as a clickbait ploy to get you to read this opinion piece, it’s in his lesser known follow up “Dance The Kung Fu” where we discover American dissenters’ next best steps.

“If you feel like you wanna fight, listen to me people, don’t get uptight, this is all, this is all you doooo…”

I fear we’re too far gone into this fear-driven protest/nose-rubbing celebration movement to change course, but it’s in slowly embracing effective self-governance — which means that the notion of being in the middle is the new “radical,” because the far left and far right are overcrowded — where we actually find our best American solution moving forward.

Donald Trump’s about to completely pillory the left for being the haven of lazy people with too many hours of sick leave and too much comfort in their middle class, co-work-to-Soulcycle-to-Trader Joe’s-to-Chipotle-to-downtown condo existences to actually be “real Americans” whose lives are defined by barely making ends meet, and/or facing the scourge of methamphetamine abuse, homelessness, or rampant violence in their streets.

The right wing has already embraced a form of self-governance that’s cold, selfish, brutal, and based around a series of short game band-aids-as-achievable goals. However, instead of being so coldly selfish, there’s a notion of self-love and self-care that should be advocated for by protesters that, in being definitely more in line with traditional kung fu, creates a long-game ideal that defines where America could discover its best way.

We’re roughly one-fifth of the way through Donald Trump’s important first 100 days in office, and amazingly enough we know more about exactly what he wants to do than what we can actually accomplish in retaliation. Again, Trump’s a narcissistic totalitarian dictator using a mix of fear-mongering and Pavlovian reward principles to solely rule his cult of personality. Thus, any time he destroys an established American and liberal-leaning bastion in a manner similar to Jesus in Jerusalem in Jesus Christ Superstar, he’s placated his mob of supporters. That literally means ANY liberal-leaning bastion, and given that Barack Obama was President for eight years and allowed for America to fall under the spell of homosexuals, nerdy white people and magical liberated black women, Trump and his administration easily has ammunition and targets at which to almost randomly fire at and appease his core support base for at least four years, maybe even eight.

To again prostitute Carl Douglas’ “Kung Fu Fighting” in this piece, it would actually be “a little bit frightening” to Trump’s mandate if his disloyal opposition “fought with expert timing,” in this case represented by streamlining their protest campaigns into a series of single-issue driven movements instead of an all-or-nothing one-stop shop wall of unrepentant angst.

Self-care might get a bad rap, but in thinking of it as Americans looking inward and thinking about short-term essential “must haves” for our best lives as opposed to some half-hearted embrace of quasi-Buddhism, we instead think about a perpetual series of smaller goal-aimed progressions. Imagine if the “Women’s March” was instead branded as a “national series of marches to prevent Planned Parenthood from being de-funded?” That’s an easier-to-achieve goal that may not lead to as many reactionary and polarizing moments.

That’s the genius of the African-American civil rights movement that has been lost on this, and every other organized movement since in American history. Black people boiled down MANY issues with American life into one core concern: civil rights. Merriam-Webster defines civil rights as “the rights of citizens to political and social freedom and equality.” That’s a fairly simple thing for anyone to eventually get behind, and then trickle down that meaning from fair access to schools to freedom of public assembly to the right to vote, and more. Instead of hitting the streets to protect everything at once, in adopting a method, there’s the chance to stop the madness.

There was funky Billy Chin and little Sammy Chung
He said here comes the big boss, lets get it on
We took a bow and made a stand, started swinging with the hand
The sudden motion made me skip now we’re into a brand new trip…

After three more years in Trump’s America, I’d love to proudly revisit this article and laugh about that time I re-purposed a disco one-hit wonder and crafted protest strategy that led our country to a place where my heart skipped a beat when I thought about our brand new positive direction. However, again, I fear we’re too far gone into this fear-driven protest/nose-rubbing celebration movement to change course, and instead of laughin’, I’ll do something much different. Instead, I’ll cash in my metaphorical chips, turn off that light shining on me, and just start “Truckin’” like the Grateful Dead on a long, strange trip into a frightening American future…

Marcus K. Dowling is a Washington, DC native, veteran journalist and entrepreneur with a decade of experience in both industries. As a writer, Marcus’ words have appeared online and in print for a plethora of outlets including VICE, Complex, Mixmag, DJ Mag, the Washington City Paper and many more. As an entrepreneur, he’s had a role in establishing successful global online radio stations, music industry PR and management groups and startup websites. Furthermore his expertise has also allowed him to work alongside Red Bull, Mastercard, Al Jazeera and others, plus be quoted in the Wall Street Journal, Washington Post and Billboard Magazine.