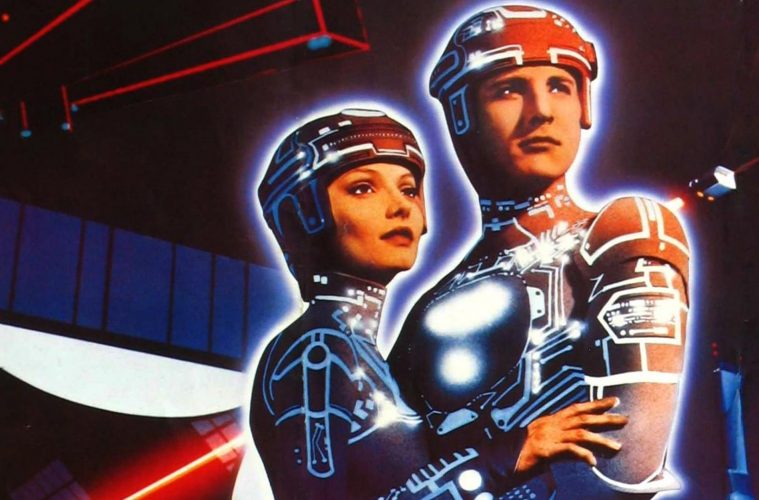 ARE WE TRAPPED INSIDE A GAME?

Are you game? After a mysterious chest opens a gateway through time, teen gamer Jack (Uriah Shelton) is transported to an ancient empire terrorized by a cruel barbarian king (former WWE superstar Dave Bautista). Jack will need all of his gaming skills as he battles to defeat the barbarian, protect a beautiful princess, and somehow find his way back home. In celebration of the release of ENTER THE WARRIORS GATE, we decided to highlight our favorite video games that came to life in the movies!

When talented computer engineer Kevin Flynn (Jeff Bridges) finds out that Ed Dillinger (David Warner), an executive at his company, has been stealing his work, he tries to hack into the system. However, Flynn is transported into the digital world, where he has to face off against Dillinger’s computerized likeness, Sark, and the imposing Master Control Program. Aided by Tron (Bruce Boxleitner) and Yori (Cindy Morgan), Flynn becomes a freedom fighter for the oppressed programs of the grid.

Beautiful and brainy, Lara (Angelina Jolie) is the heroine of Eidos Interactive’s phenomenally successful “Tomb Raider” game series. It is one woman’s fearless quest crisscrossing the globe, in an amazing attempt to save the world.

When aliens misinterpret video-feeds of classic arcade games as a declaration of war against them, they attack the Earth, using the games like PAC-MAN, Donkey Kong, Galaga, Centipede and Space Invaders as models for their various assaults. President Will Cooper (Kevin James) has to call on his childhood best friend, ’80s video game champion Sam Brenner (Adam Sandler) to lead a team of old-school arcaders (Peter Dinklage and Josh Gad) to defeat the aliens and save the planet.

After finally achieving the high score on Starfighter, his favorite arcade game, everyday teenager Alex Rogan (Lance Guest) meets the game’s designer, Centauri (Robert Preston) — who reveals that he created Starfighter as a training ground for developing and recruiting actual pilots to help fight a war in space. Whisked away from the banality of his trailer park life to a distant alien planet, Alex struggles to use his video game-playing skills to pilot a real ship, with real lives at stake.

As bass guitarist for a garage-rock band, Scott Pilgrim (Michael Cera) has never had trouble getting a girlfriend; usually, the problem is getting rid of them. But when Ramona Flowers (Mary Elizabeth Winstead) skates into his heart, he finds she has the most troublesome baggage of all: an army of ex-boyfriends who will stop at nothing to eliminate him from her list of suitors.

Be sure to catch ENTER THE WARRIORS GATE in theaters, VOD and Digital HD May 5, 2017!