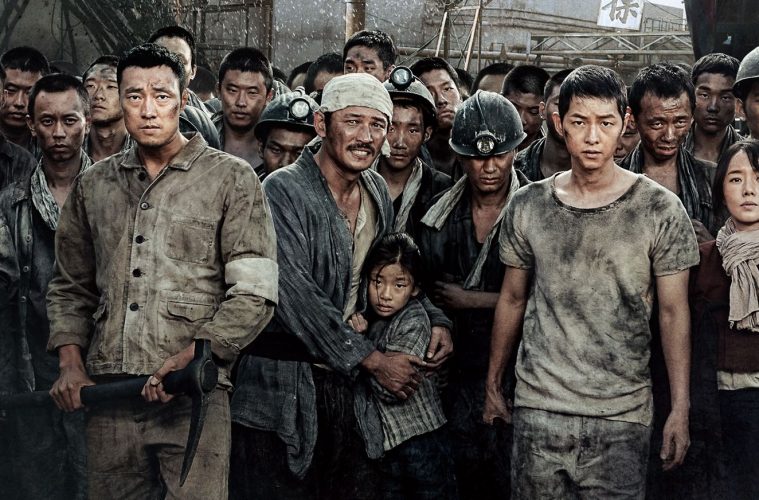 THE FIRST TRAILER TO ‘BATTLESHIP ISLAND’ IS ABSOLUTELY JAW-DROPPING

This is really interesting.

Southern Japan’s Hashima Island (A.K.A. “Battleship Island”) has made quite a few onscreen appearances over the years. In particular, the abandoned chunk of land has cameo-ed in the 007 film SKYFALL and the live-action version of ATTACK ON TITAN. The disturbing back history of Hashima, however, is a story all its own. One that director Ryoo Seung-wan has tasked himself with telling in BATTLESHIP ISLAND.

Under the colonial rule of Japan, 400 or so Koreans who are conscripted into slave labor on ‘The Battleship Island’, attempt to escape for life. 1944, during the Japanese occupation of Korea, conscripted civilians head out to the Hashima island. Nicknamed ‘The Battleship Island’ after its resemblance to a war vessel, some are lured by false promises of high wages. LEE, a bandmaster of a jazz bigband and his only daughter, CHOI, a thug, and Mallyeon are among the workers. But upon arrival, they found that the island turns out to be an isolated hell where the workers are forced into slave labor. As the Pacific War nears its end, PARK, a Korean independence activist assigned on a mission to rescue a Korea’s spiritual leader from the island. As the U.S. launches massive counterattack on Japan, the Japanese decided to blow up the island in order to bury the truth about their awful treatment of the Korean slave labors. PARK discovers the plan, and conspires with LEE and others for mass escape of all 400 Koreans.

The following trailer for this South Korean release is pretty action-packed, but underneath the sweeping camera shots and the truly spectacular stunts is the story of Korean prisoners of war — a bit of history that has officially piqued my interest about this period in WWII.

This one is already primed for a wider release after hits South Korea in July. So definitely expect us to keep you updated.