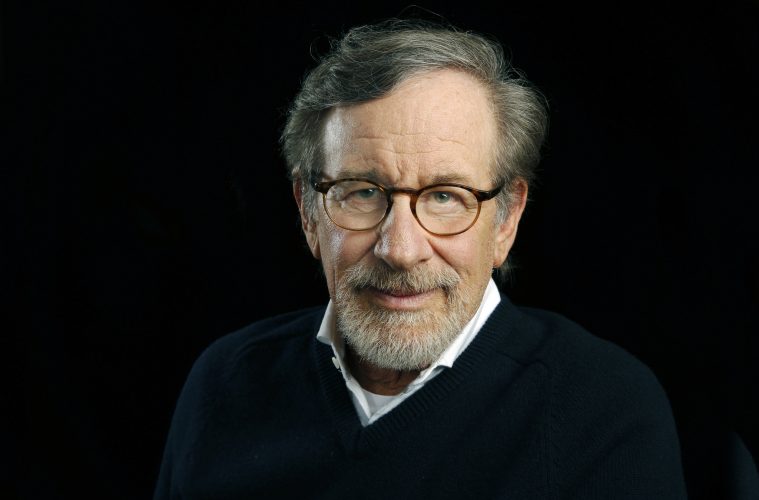 Steven Spielberg is easily the greatest filmmaker of all time. Many people will disagree with that statement. And many people will be wrong. There are three names that have shaken the world of modern cinema to its core… George Lucas, James Cameron, and of course Steven Spielberg. Between their impact on the world with their legendary movies, to their pioneering techniques of filmmaking, these three men have given us the cinema we have today. And while Spielberg didn’t quite give us Industrial Light And Magic or THX, or even modern 3D imagery, he has easily had the most prolific career of them all. With movies ranging from science fiction masterpieces to epic tales of true life tragedy and heroism. And in between, he loves to deliver a nerve-shredding thriller and a sweet love story. For this article, I feel like choosing one aspect of Spielberg’s career to form any kind of chart, rather than consider everything he’s made in his career. So instead of an overall top 5 list of his motion pictures, perhaps it’s more fitting to focus on the blockbusters of his career for this piece. So without further delay, here is a rundown of the five greatest blockbuster movies from the greatest man in cinema, Mr. Spielberg! 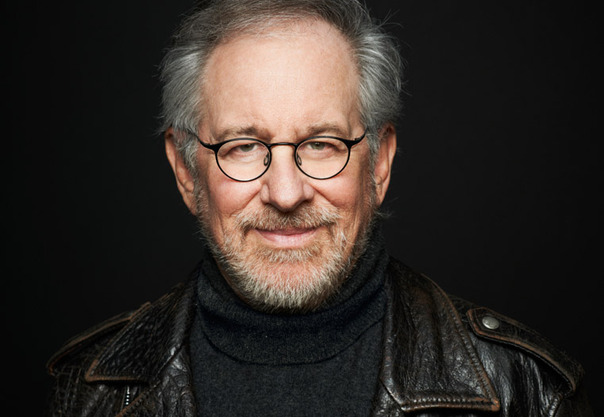 You may roam the length and width of this world, and you will find very few people who don’t love ‘Jaws’. You may also find some folk who view it as Spielberg’s greatest movie. I personally fit in between. I love it, I love it very much. I don’t consider it his best work, but it’s certainly worthy of a spot on this chart.

‘Jaws’ is brilliantly shot, written and acted, with Spielberg on his first major blockbuster duty, and Robert Shaw, Roy Scheider and Richard Dreyfuss deliver stellar performances. For me, there’s problems… A child being the first victim of Jaws is far too mean-spirited, the lack of shark footage due to malfunctions of the built prop (And not an original story design as always credited) is annoying sometimes, and the support cast outside of the three lead stars are somewhat dodgy. Pacing is also a little off at times. But a powerful fantastic thrill-ride with plenty of action, gore and frights for all to enjoy. Over 40 years old and still keeping many people out of the water.

Tom Cruise stars as the leader of a future law enforcement agency who hunt down would-be criminals, arresting them before commit their crimes. But when the advanced technology turns against the leading officer, framing him for a brutal future murder, he is forced to run from his highly trained police team and seek out the answers to the murder he may carry out in a matter of days.

Tom Cruise is absolutely spectacular in ‘Minority Report’, as he rushes through one dazzling action scene after another, giving the story all he’s got to give. His stuntwork is incredible, given that he’s a real-life daredevil with a love of showing people a real action star on screen. Many won’t consider it to be one of Spielberg’s greatest works, but I certainly do. It captures both Spielberg’s love of high-tech sci-fi cinema with Cruise’s energetic performances, and delivers a perfect action-packed blockbuster that never fails to please. It also features a stunning support cast including legendary actor Max Von Sydow and Irish superstar Colin Farrell.

The Indiana Jones franchise is always a strange topic among movie fans. All will agree that ‘Raiders Of The Lost Ark’ is absolutely wonderful, but the sequels have always divided fans across the globe. Many are harsh on the wonderful ‘Temple Of Doom’, including Spielberg himself. ‘Kingdom Of The Crystal Skull’ has been savaged for almost ten years now, despite being in my opinion the second-best of the series. And ‘The Last Crusade’, while well-celebrated by many was never really considered to match Raiders. For me, it’s easily the best Indiana Jones movie ever made.

Indy discovers that his father, Henry, has gone missing and sets out on a desparate race against time to find him. When the estranged father and son are reunited, they end up in a battle against the Nazis, who are holding Henry in an attempt to extract the location of the Holy Grail from him. But keeping up with the Jones’s is much more difficult than the Nazis realized, and the greatest Indy adventure is about to begin.

‘The Last Crusade’ is Spielberg at his very finest, capturing spectacular images, thrills and wonderful comedy the entire way through the movie. With help from George Lucas, who created Indiana Jones, the two maestros never fail to excite anyone who watches these movies, and especially on this. And above all, the addition of Sean Connery as Indy’s father is inspired casting. Connery is joyful as Henry, giving the movie most its greatest scenes, alongside Harrison Ford as Indiana Jones himself. The two stars are a pure pleasure to watch, with the story tapping into every skill they have. The best of the series, and plenty of that thanks to Connery’s fantastic comic skills alongside Indy.

Do you ever wonder how a filmmaker feels when they put one of their creations out into the world and it’s met with so much adoration and praise that even after decades, it’s still one of cinema’s most beloved movies? Well, George Lucas has Indiana Jones (As creator at least) and Star Wars, and Spielberg has E.T. The most iconic alien to ever appear on a cinema screen, E.T. has been the center of all of hour childhoods since his appearance thirty five years ago.

‘E.T.: The Extra-Terrestrial’ tells the beautiful story of an alien who crash lands on Earth, and befriends a young boy named Elliot. Trying to hide E.T. from his family and the law, Elliot goes on the adventure of a lifetime as he endeavors to save his alien friend from harm. Along the way, the pair grow a bond so great that Elliot’s life hangs in the balance, as E.T. longs to go home. Friendship has never been sweeter or more tragic than between Elliot and E.T..

Often times, I look back at movies I loved as a young boy, and while I still love them, some tend not to have the same effect on me as they once did. But ‘E.T.’ stills gives me that same range of feelings I had upon first seeing it as a young boy. Happiness, sadness, anger, hope and joy, every emotion a movie can bring to a movie fan, ‘E.T.’ brings. Filmmaking at its most pure and heartfelt, with a stunning performance from young Henry Thomas, along with a stunning support cast of the wonderful Dee Wallace (Beloved for her career in horror cinema) as Elliot’s kindhearted mother, future star Drew Barrymore as little Gerty, and Debra Winger providing the iconic voice of E.T.. Many movies don’t always hold their sheen, but ‘E.T.’ will forever light up our hearts and remind us that although there may be life out there beyond our stars, it could be a life that changes ours for the better. Anyone who questions Spielberg as cinema’s greatest storyteller, you need to revisit this movie.

I know. I hear the questions now. “E.T. is not top of this list? What is going on?!”. So I should just come out with the answer? ‘Jurassic Park’ is not just top of this list for me, it’s not just Spielberg’s best movie for me, but it is also hands down my all-time favorite movie. The big number one in my life. Followed very closely by Jim Carrey and Ron Howard’s ‘How The Grinch Stole Christmas’ (Watch out at Christmas for much on that!). The reason I value Spielberg as much as I do is not just for his incredible filmmaking and storytelling, but for also giving me my greatest movie experience ever.

‘Jurassic Park’, based on the bestselling novel by the late great Michael Crichton, is the blockbuster adventure we all dream of, as man and dinosaur is pitted together in a battle of the ages. When John Hammond. an eccentric billionaire, has a team of scientists clone dinosaurs from excavated DNA, he creates a team park to hold his genetic creations. Enlisting the help of a group of experts in various fields (And his grandkids) to sign off on the island by way of a free tour, Hammond is thrown into the pits of hell, as his dinosaur creations escape from their enclosures during a deliberate power cut by a greedy employee, and hunt his visitors throughout the island. As time ticks, bodies fall and Hammond’s dream comes crashing down around him in a hail of blood, panic and teeth.

‘Jurassic Park’ is cinema at its most exciting, most nerve-shredding and most spectacular. Never has a movie filled me with more thrills and spills, with pure action, science and even many lashings of dark comedy coming at me from every frame. With Spielberg giving it his all, he’s also got one of cinema’s most wonderful cast ensembles, with Sam Neill, Jeff Goldblum, Laura Dern, Samuel L. Jackson, B.D. Wong, Wayne Knight and a return from Sir, Richard Attenborough to acting after a long retirement from doing so. And also providing fantastic support are Ariana Richards and Joseph Mazzello as the kids, and Martin Ferrero as the lawyer with the movie’s greatest death scene. With the late great Bob Peck as Jurassic Park’s lead ranger, the cast here are beyond stunning. Providing a beautiful score like he does for every movie on this list in John Williams, who time and time again delivers the greatest movie music you’ll ever hear. And for me, there’s nothing more spectacular than the mighty Jurassic Park theme blasting from a surround sound cinema system. With George Lucas once again back to help out his friend Spielberg by way of post-production, and the greatest team in filmmaking including Kathleen Kennedy, Michael Kahn and Dean Cundy, a movie could only turn out like this. And above all, the special effects icons Stan Winston and Phil Tippett serving up not only the incredible dinosaurs, but the future of CGI visual effects (With James Cameron’s Industrial Light And Magic, hot off ‘Terminator 2: Judgment Day’)? There’s no question about it… ‘Jurassic Park’ is the greatest movie ever made.

I hope you’ve enjoyed this look back at the sterling career of the finest filmmaker in the world. Feel free to share your thoughts and memories with us in the comments box below.