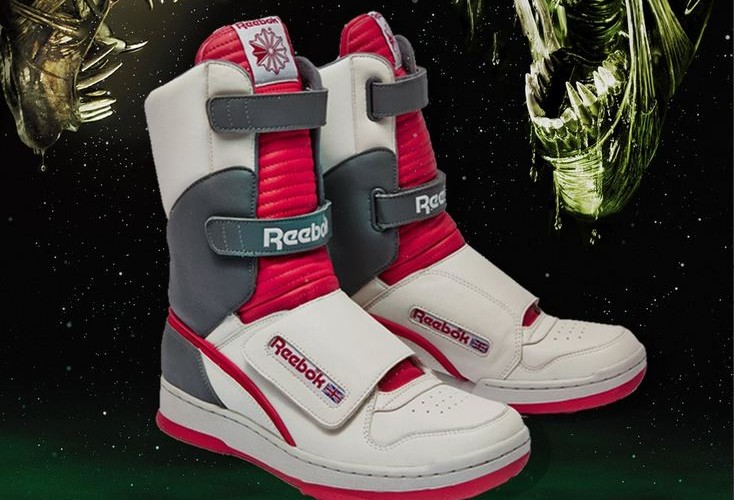 Who remembers the awesome Reebok Stompers Sneakers worn by Ellen Ripley (Sigourney Weaver) while battling bloodthirsty Xenomorphs in Aliens? How about the low version worn by the Android Bishop (Lance Henriksen)? Well those shoes are making a comeback on Alien Day (April 26)! The movie sneakers will be available beginning April 26  (the date is connected with the Planet LV-426) at Reebok.com and select Reebok stores worldwide.

This is our chance to get dressed up for our trip to LV-426. Load your pulse rifles and be ready to kill some ugly Aliens. 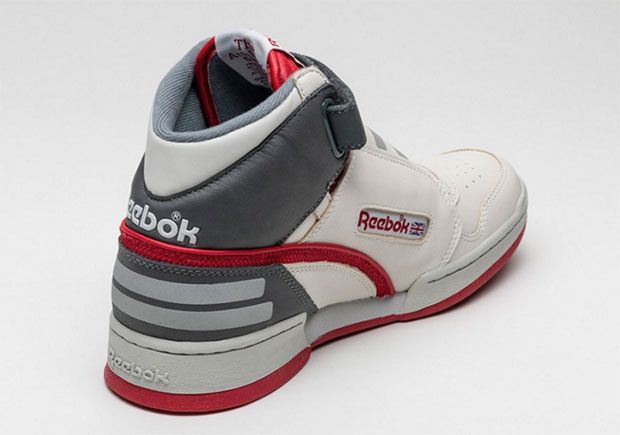 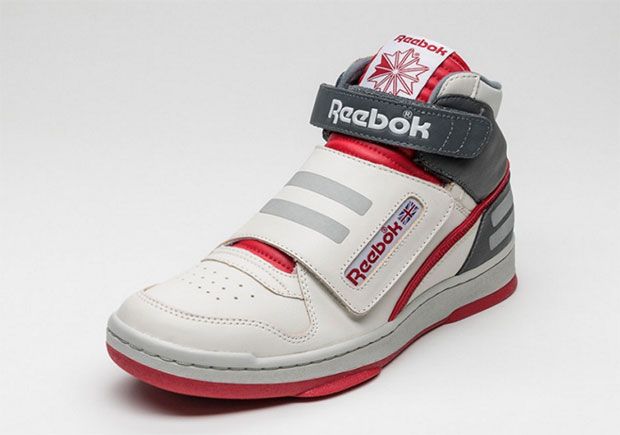 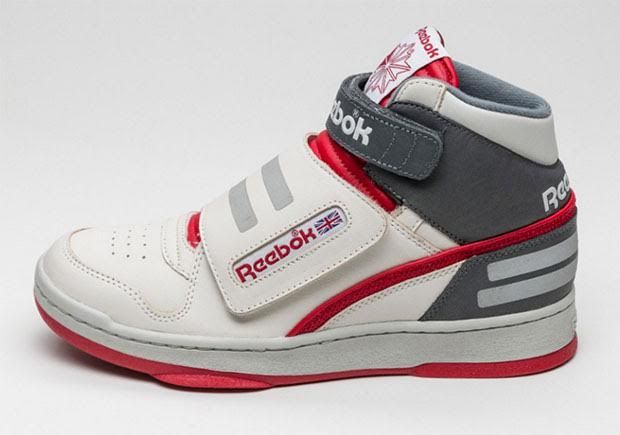 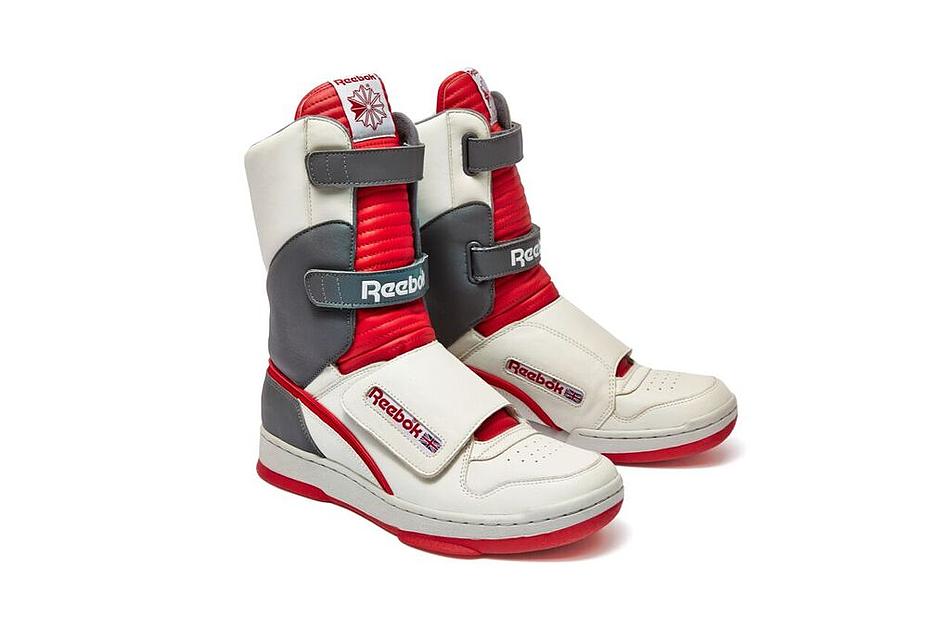 Twentieth Century FOX Consumer Products announced today an out-of-this-world global celebration of the ALIEN franchise culminating with a special 24 hour, fan-focused social media event on April 26th – a nod to LV-426, the planet from the iconic ALIEN films. ALIEN DAY (#AlienDay426) to encompass a wide range of executions including nationwide screenings, never-before-seen consumer product activations and the kickoff of the ALIEN: Ultimate Trivia Challenge, allowing fans to test their ALIEN knowledge – with the chance to win memorable prizes every 42.6 minutes on Twitter.

Fox Consumer Products has teamed with an impressive portfolio of licensing partners; showcasing everything from unique apparel to exclusive comic books to high-end collectables. One of the most-requested licensed products, the Reebok Alien Stomper worn by Sigourney Weaver as Ellen Ripley, as well as the mid tops worn by Lance Henriksen as the Android Bishop, are being released by Reebok in limited edition to mark ALIEN DAY. The iconic movie sneakers will be available beginning April 26th at Reebok.com and select Reebok stores worldwide. Other ALIEN products include the following:

NECA announces the first ever Lieutenant Vasquez (Jenette Goldstein) and Newt (Carrie Henn) figure; as well as the release of a Kenner toy-Inspired Ellen Ripley figure

Available on Audible; a brand new audio drama, Alien: Out of the Shadows – starring Rutger Hauer (Blade Runner and Batman Begins) in his first audio role, Matthew Lewis (Harry Potter film series) and Corey Johnson (The Bourne Ultimatum) is a terrifying fight for survival and an intense struggle between human and artificial intelligence. 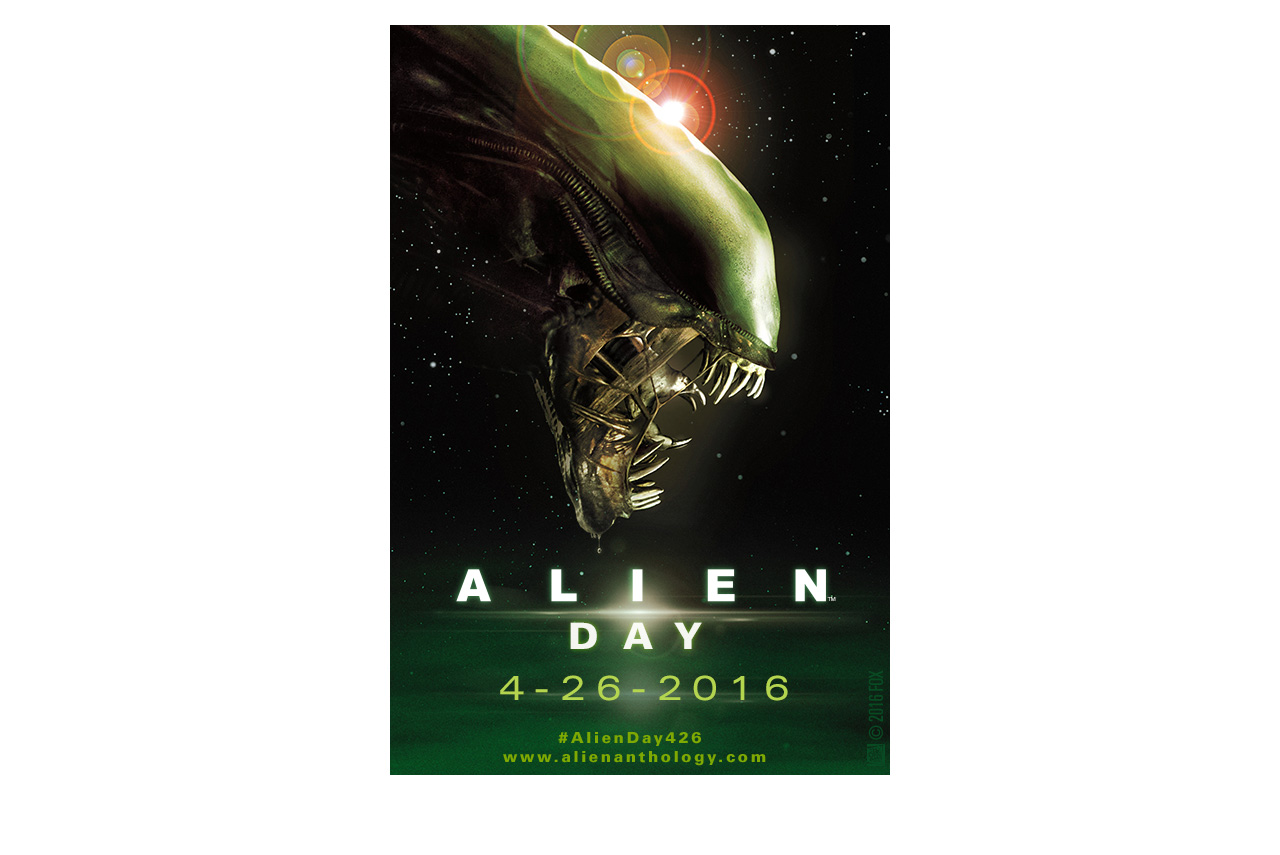 In addition, the Alamo Drafthouse is producing a nationwide screening program on April 26th returning the ALIEN franchise to theaters across the country. In over 20 cities, including Austin, New York, Los Angeles and Dallas, participating Alamo locations as well as partner venues will showcase a double-feature presentation of ALIEN and ALIENS. In Alamo locations, each pre-ordered ticket includes a Mondo-designed ALIEN T-shirt, released exclusively for the event screenings. Additionally, the screenings will be accompanied by exclusive ALIEN merchandise-including apparel, accessories, posters and records-from pop-culture company Mondo. Tickets go on sale tomorrow, to find a full list of participating theaters, visit http://AlamoAliens.com.

ALIEN: Ultimate Trivia Challenge
The hallmark of ALIEN DAY will be a 24-hour Twitter contest. Every 42.6 minutes a new ALIEN trivia question will be presented via the official Alien Anthology twitter account, @AlienAnthology. In advance of the CONTEST kickoff, beginning at 12 AM ET on April 26th, fans will need to pre-register their Twitter handle at ALIEN Anthology (http://AlienAnthology.com).

Each trivia question (35 in a 24-hour cycle) will have various prize packages from 20th Century Fox’s ALIEN franchise licensing partners. To qualify to win the corresponding prize, participants must “Reply” to the initial “question tweet,” correctly answer the question, and use the #AlienDay426 and #Contest hashtags. A winner (or “winners” when multiple prizes are offered) will be selected for each of the questions. Please refer to “Official Rules” for additional detail.

In regards to the announcement, Jeffrey Godsick, President of Twentieth Century FOX Consumer Products stated: “The ALIEN franchise holds a special place not only within the universe of FOX but with movie enthusiasts across the galaxy.” Godsick added, “We noticed that fans of the ALIEN films were starting to rally around the calendar date of April 26th — given the connection to the planet LV-426. Quite simply, it gave us the idea to do something special on this day; to officially mark the occasion alongside fans and to build excitement online, in stores and once again, in theaters.”

The highly-anticipated ALIEN: COVENANT, directed by Ridley Scott and starring Michael Fassbender, will be released in August 2017 by Twentieth Century Fox. 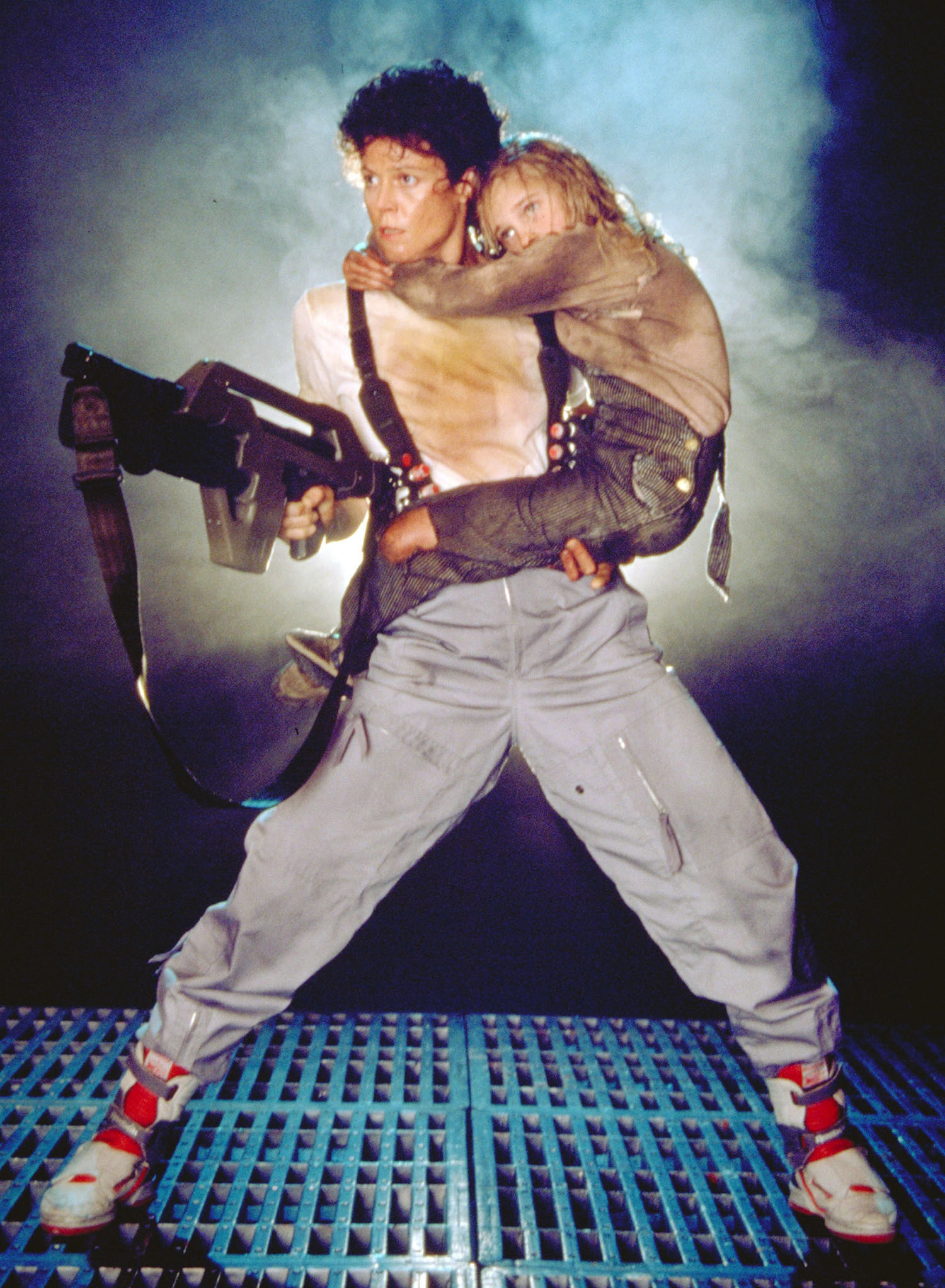 Experience Drive Radio for yourself. Go back to the 80s…