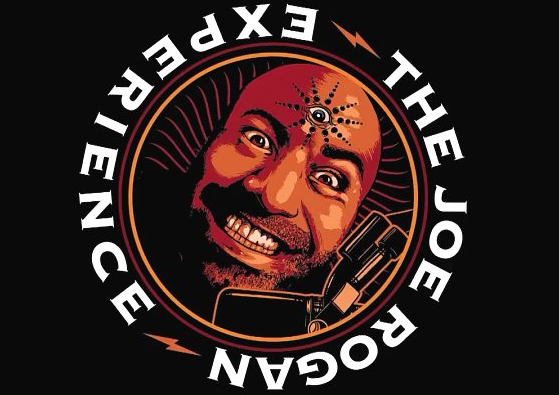 EDITORIAL: JOE ROGAN IS HAVING A MOMENT, AND WE SHOULD ALL LISTEN

You may have seen him on Youtube, you listen to his podcast, or see him waxing poetic about the UFC fighting he loves so much. He’s bald, short, can fight with the best of them, and can talk to anyone from people forced onto the public stage like psychologist turned self help guru Jordan Peterson or tech CEO masters of the universe types like Elon Musk who just need to get high for ile. He’s amazing, and insightful, and funny, and loves DMT. He’s Joe Rogan, and you need to listen to what he has to say.

Rogan started doing comedy in the 90’s, gained mainstream fame with the hit reality T.V show FEAR FACTOR and has stayed true to his stand up roots while becoming one of the best mixed martial arts commentators in the business for the Ultimate Fighting Championship (UFC). It’s a meandering, wild resume that culminates with him being one of the shamans of the 21st century. In particular, if you are a dude, his Youtube channel/podcast is one of the last places were it is OK to be unabashedly masculine, talk shit, dive into crazy concepts, or call someone out and not be thrown to the wolves or have your words twisted around and used against. That is, if you are in the public eye and gifted with the chance to appear on his show and dive into the psyche of a not so mad man.

And that is the beauty of his show, The Joe Rogan Experience. He doesn’t get angry, or bombastic (unless he needs to), or drone on (he occasionally guests do this when they are making an amazing point), or rest on his laurels. When you pay attention to the ebb and flow you see that he’s pushing and pulling, using those fighter instincts, making sure things get reigned in when they need to or get perked up when the pacing is off. He may ask a question, but much like any great fighter, he’s actually four steps ahead, waiting to spring a trap. But instead of an armbar or a choke hold what you get at the end of this trap is a deep insight into the guest he has on, whether it’s a physicist or a comedian or a musician. Or a conspiracy theorist or a machinist, whatever they are. You are going to get a glimpse into their essence, a great idea of who they are and why you should listen to them blissfully separated from all of the “I gotcha” moments of modern journalism or the blatant agenda pushing that goes on nonstop with seemingly every article or tweet the internet can spew out.

He is there to chill, get real, and make sure no one can squeeze in too much bullshit unless they are funny while doing it.

And in this crazy mix of he somehow manages to capture or something more resembling truth that what an ocean of bloggers and “journalists” can seem to muster.

Seek him out. Listen. And maybe, just maybe, learn something.