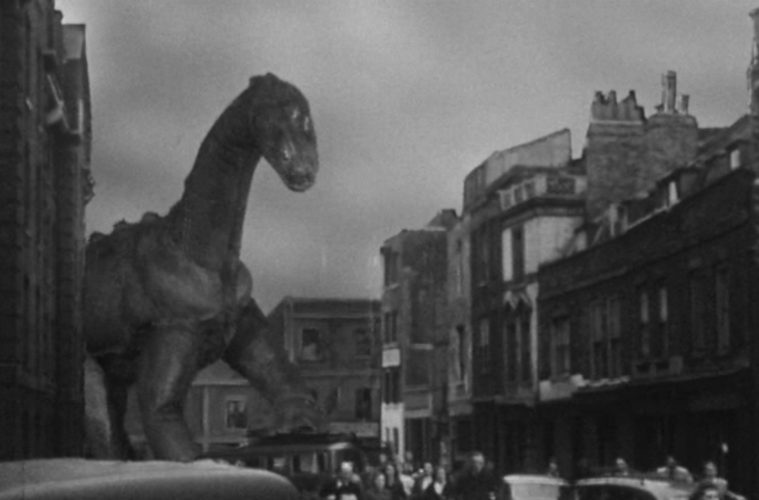 It’s a very special episode of the Exploding Helicopter podcast, as the team go back in time to review the very film to include a helicopter explosion, 1959’s The Giant Behemoth (aka Behemoth The Sea Monster).

The film was part of the Fifties boom in creature features. The plot see’s two scientists team-up to stop a prehistoric dinosaur that’s been woken from its slumbers by nuclear testing.

So listen as Exploding Helicopter discuss the film’s creature feature thrills, the odd chemistry between the stars, and cinema’s very first chopper fireball.