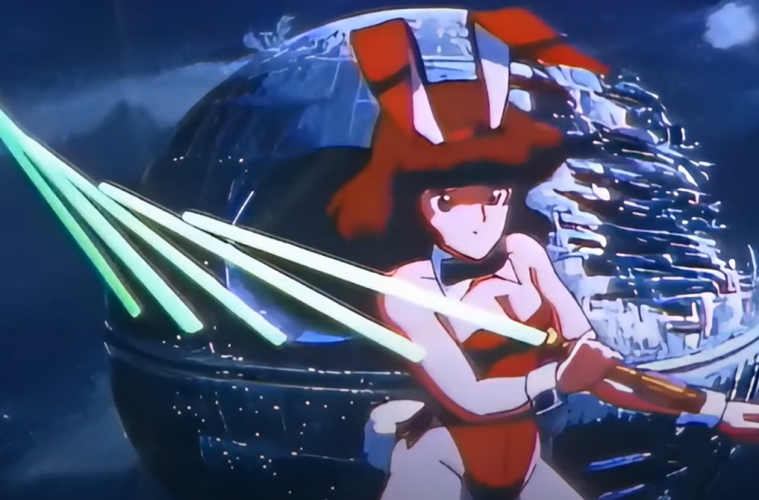 Discovering DAICON III AND IV, AKA PLAYBOY BUNNY VS EVERYONE

Every once in a while you just discover something so pure, so rapturous, that it must not be real. I mean, where on earth can you find a Playboy Bunny go up against Godzilla, giant robots, and Darth Vader? In 2021, for a whole host of reasons, nowhere.

Fortunately, in the 1980’s Japan was a much different place. Hell, in 2019 the world was a much different place, but roll with me here. The Nihon SF Taikai Festival is a Japanese Science Fiction convention with a history that goes back to the 1960’s. In 1981 and 1983 a group of animators got together and created a series of shorts called DIACON III and IV (named after the events themselves). These shorts feature a girl who turns into a woman, who then goes on a wild journey through otaku and pop culture in general to … kick ass? Save the universe? Honestly, I don’t know, but that is not the point.

The creators of these shorts were Hideaki Anno, Hiroyuki Yamaga, and Takami Akai. This was early in their careers, and they would later go on to found the studio Gainax, a company that would later gain prominence with many successful works, including their magnum opus Neon Genesis Evangelion. Truly legends in their own right.

To see these “legends” in their prototype stages is incredible. The differences between III and IV are stark, so you can actually “see” the development of anime in a way that usually takes many more hours to consume. Also, it struck me just how far ahead the Japanese were compared to the world at large. The things that draw people into anime are its kinetic style, oh-so-grand nature, and crisp attention to detail. All of those are on display here and quite literally more.

I also hate to date myself, but I was born in 1984, and when I found out that these shorts were older than I am I was a bit stunned. Partly because they are so good, and even more so because of how relatable it all is. The characters featured and celebrated here are still very much in the zeitgeist. It all speaks to the staying power of great art and how artists can do so much with so little.

These shorts were also very illegal in terms of copyright laws. To my knowledge none of this was approved by the original creators of pretty much everything featured. While it does most likely stretch the boundaries of fair use the worst offense, which kept it from being widely distributed, was the use of the songs “Twilight” and “Hold On Tight” by The Electric Light Orchestra (ELO). The songs are fantastic, and even though they were the killing blow that kept DIACON III and IV from being seen by everyone there is a line from Twilight that sticks with me. “It’s either real or it’s a dream there is nothing that is in between.”

After finding this, I have to say they are wrong. There is a space that is in between, and DIACON III and IV are it. Feel free to enjoy and share the video below while it lasts.