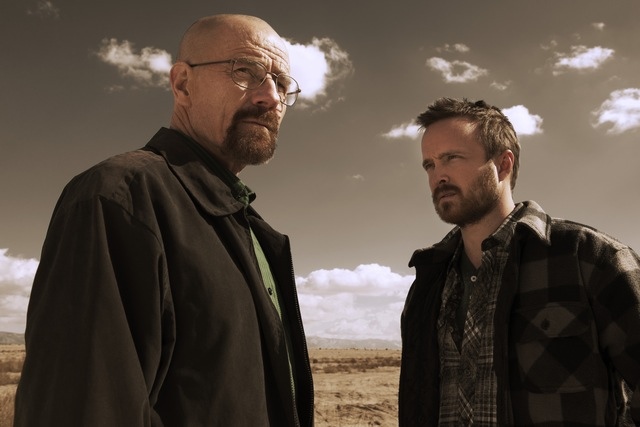 WARNING: SPOILERS
The mark of a truly great television show is simple: the writers know precisely what they’re doing and where they’re going. Now this may seem like too easy a requirement, but it’s actually quite rare to find a show that matches this criteria. Game of Thrones is one, Arrested Development is another. These shows are amongst the truly greats because they never (or almost never) allow the viewer to see the seams by which it was created, every step is one of precise intentionality that never leaves the viewer waiting for the writers to get their sh*t together.
Other shows, such as Lost, The Killing, and especially The Walking Dead fall short of meeting these criteria because they all stumble on a regular basis. Sure, sometimes it’s a mild stumble, but it’ll become pretty clear, even to the casual viewer, when the writing staff is fumbling around trying to make the pieces they’re working with fit together. It happens all the time in 99% of TV shows. Awkward recoups from past season cliff-hangers, half-baked filler episodes that comprise the mid-season, out-of-character behavior for the sake of plot convenience. Why does this happen? Because none of those shows have a strong enough idea of where they’re going in the long run. They found a strong premise for a pilot episode, and have been finding ways to string that premise along ever since. Some shows do this more masterfully than others, and many of those non-great shows are addictive and massively entertaining television.
Breaking Bad, is not one of those shows. Breaking Bad is a truly great show.
It hurtles ahead to where it’s going at a break-neck pace. Every step is fraught with intentionality, it is a fully realized world which the viewer is allowed to step into and come along for the ride. Even when the writers find themselves needing to set up for an upcoming story-arc, they never let an episode go to waste or awkwardly stumble in their attempts to slide the pieces into their correct spot. Every scene, every moment serves a bigger purpose as the show charges toward it’s finish line, the finish line it’s had in it’s sights since episode one.
And there may not be an episode that exemplifies this better than “Blood Money”.
After last season’s cliffhanger, any other show would string along the tension of Hank’s revelation for episodes, it would be hard not to. But that’s not how Breaking Bad does things. Breaking Bad doesn’t beat around the bush for the convenience of it’s writing staff, it goes right for the jugular. And by the end of the episode, we’re given the face off we’ve been waiting for for four and a half seasons. Walt and Hank, staring each other down, everything out on the table. It’s an amazing, nerve-wracking scene made all the more effective by how swiftly it comes up on the audience. No grandiose lead-in, no foreshadowing slow-motion, it just happens. And that’s where Breaking Bad shines the most: in it’s moments that just sort of “happen”. 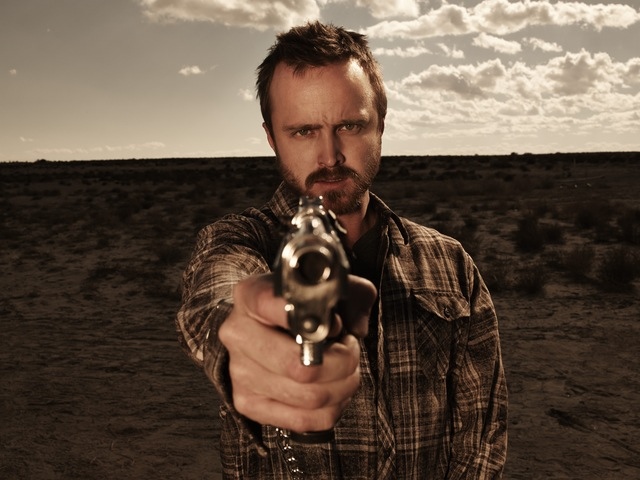 As I’m writing this it’s hard not to forget the other elements in play as well. Jesse is at one of his lowest lows, his guilt has eaten away at him to the point that he seems physically ill. He seems to be more aware of the true depths of Walt’s corruption than he ever has before, but at this point he’s too beaten to act on this knowledge. Jesse has always acted as Walt’s conscience, in a way, and now Walt’s conscience is weary, so tired, that it’s on the verge of death. It’s too weak to gnaw away at Walt’s psyche anymore, so now it just sits there, watching Walt do what he does, helpless to do much of anything about it.
Everything else is business as usual: Skylar being suspicious about Walt, Marie being oblivious, Walt Jr. being a teenager. But as all of us who watch Breaking Bad know, business as usual doesn’t last too long, and with only seven episodes left, an upheaval like none other is undoubtedly just on the horizon. The key right now, the big moving piece, is the dynamic between Hank and Walt. With such a big shift on the playing field, it’ll only take the slightest nudge in any direction to send everything straight to Hell, and to Hell it will most certainly go.
This episode is the calm before the storm. Simmering with energy and foreboding. It’s value will largely be defined by what follows, but if Breaking Bad’s track record is any indication, we’re in for one hell of a ride for the next seven weeks.
Time to buckle up.
Episode Grade: A-
Other Thoughts:
Badger’s Star Trek episode sounds like the best episode ever.
Everybody is rocking some manner of facial hair in this episode. Walt opens the episode looking like cancer-ridden Jesus, Jesse’s growing some facial hair, even Hank has some stubble from his persistent Goldbluming. It seems that hair is the mark of incoming doom this time around.
“Bitch!” Counter: 0