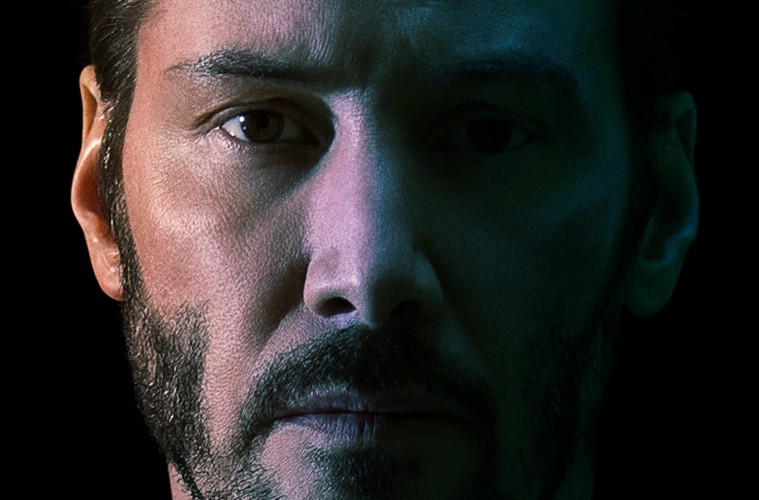 Hot on the heels of adult-oriented thrillers such as A Walk Among the Tombstones, The Equalizer, Gone Girl and Fury, Keanu Reeves starrer John Wick looks to put down Universal’s board game adaptation Ouija and inspirational football drama 23 Blast this weekend.

Reeves, the likable yet polarizing leading man from such films as Point Break and Bill and Ted’s Excellent Adventure, has stepped away from the spotlight in recent years, popping up in independents, directing the documentary Side by Side and shepherding the kung-fu flick tribute, Man of Tai Chi. Recently, Reeves starred in 47 Ronin, a surprisingly sensitive samurai drama that was an expensive misfire caught up in the holiday shuffle as well as a barrage of public behind-the-scenes struggles.  Now, John Wick seemingly comes out of nowhere amidst a wave of positive reviews.  I saw it at a screening months back when the distribution of the film was rumored to be in jeopardy. However, Summit Entertainment has been aggressively marketing the picture since then. It will be interesting to see how this hard R, straight-ahead action film will do upon release.

We meet John Wick (Reeves) living a quiet life in the serene suburbs of a nameless city. A run in with local mobsters leads to a beating and the subsequent death of his dog, a pet from someone special. From there, Wick picks himself up from the floor and sets off to exact revenge.  You see, John Wick was that legendary assassin/ghost who actually gave up the life and left his violent world dealing with mobsters and various shady figures behind.  Now with nothing to lose, Wick pulls out the guns, puts on a suit and goes to work.

Written by Derek Kolstad, a veteran of Direct-to-Video action flicks, John Wick is a vehicle designed to show off its first time directors. Accomplished stunt men David Leitch and Chad Stahelski. Leitch and Stahelski are the owners of 87Eleven, a community of stunt performers dedicated to bringing uniquely violent action and physical antics on screen in a safe manner.  The two founders have doubled for the likes of Reeves, Brad Pitt and Jean-Claude Van Damme while serving as Stunt Coordinators and 2nd Unit Directors on flicks such as The Hunger Games, Killer Elite, The Expendables, the recent reboot of Teenage Mutant Ninja Turtles and the upcoming Jurassic World.  The way Leitch and Stahelski direct action is tactical, violent and brutal.  No John Woo-style slo-mo or balletic grace here. Wick packs a wallop as our title hero fights his way up the food chain via small arms, shotguns, SUVs and close quarter unarmed combat.   The rough and tumble affair is sometimes cringe-worthy but never too off-putting (a la The Raid 2, which showed us that there is such a thing as too much action).

Leitch and Stahelski create a moody and vibrant world around the film using action, attitude, loud/pulsating music, and classic muscle cars galore. In one particularly stylish scene, hitmen are given special gold coins at the hitman/gangster hotel, there’s an armory under the floor, a doctor on call to patch you up while your competition hangs out at the bar just waiting to get a contract.

While I appreciated the noirish atmosphere, the basic story of the film is a touch flimsy.  It’s admirable that the story doesn’t use the death of Wick’s wife as the familiar inciting incident, but hearing a guy talk about someone killing his dog borders on laughable.  There’s plenty of action, but it’s all very similar and the one-on-one bouts don’t have much of a flow to make you gasp, worry or cheer.

As for Mr. Keanu Reeves, it looks like the star is doing most of his own stunts here, which adds a level of authenticity to everything.  As with all of his performances though, you either like him or you don’t.  I don’t find him wooden or unconvincing; he just delivers lines in a manner that can come across as forced.

There’s a surprisingly solid supporting cast in the flick. Willem Dafoe has a somewhat wasted role as a hitman friend. Game of Thrones’ Alfie Allen is the spoiled gangster progeny that causes Wick so much pain, G.I. Joe: Retaliation’s Adrianne Palicki stars as another hitter, while The Warriors’ David Patrick Kelly plays “the clean up guy,” and Deadwood’s Ian McShane fills us in to who Wick is. In addition, John Leguizamo pops up for a quick scene as does former WWE superstar Kevin Nash in a non-action role.  Finally, for the eagle-eyed action fan, Bloodsport 2 and The Matrix Reloaded’s Daniel Bernhardt appears as muscle destined to mix it up with Reeves.

Stylish, exciting and fierce with a hint of cheese and lack of restraint, John Wick continues the trend of basic plots elevated by talented execution a la Drive, No Country for Old Men and Gone Girl.  It’s not as much of a methodically paced throwback (or as unsatisfying) as A Walk Among the Tombstones. It also isn’t as handsomely produced as The Equalizer.  Instead, it’s a perfectly entertaining hardcore action flick for anyone feeling burned by The Expendables III being PG-13.  Based on John Wick, I look forward to new directors Leitch and Stahelski growing their voice. Much in the same way that David Ayer developed his raw, unrelenting, gritty approach to “action” or how Antoine Fuqua executed his almost over the top, theatrical yet brutally inventive style.

Duvien Ho’s first film in the theater was 1987’s Masters of the Universe starring Dolph Lundgren; since then he’s been emulating his heroes and spreading the gospel of a time when muscles, machine guns and one-liners ruled the world.  Come talk about all things movies, comics, weights and happy hour with him over at Dammaged Goods, www.dammagedgoods.com.