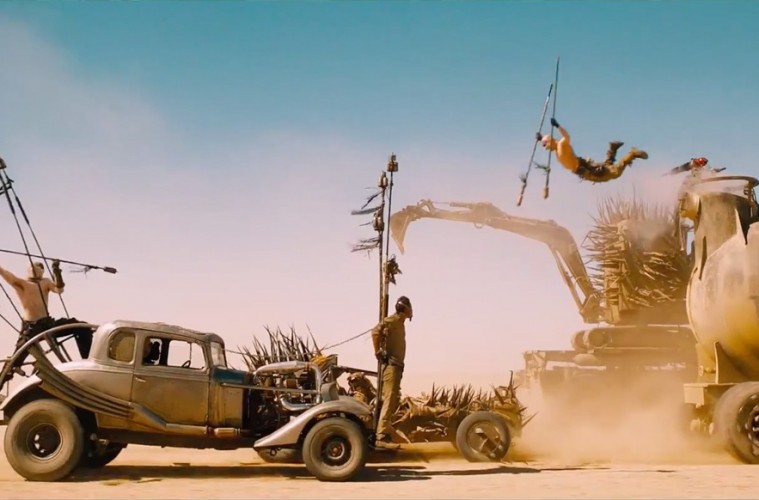 A conversation with the “mad” man behind Fury Road’s stunts…

This Wired interview gives us an important look at one of the most important minds behind the critically lauded and all-around rockin’ Mad Max: Fury Road… the supervising stunt coordinator, Guy Norris.  It’s a brief, but nonetheless rad look at a man who started out flipping into cardboard boxes on the set of The Road Warrior and now works on multi-million dollar franchises.

We were doing things that were within the bounds of what a fit individual could physically do: Real high falls, real crashes. Getting dragged behind cars. Now audiences want it bigger, faster, better than the last film. What they want to see superheroes do goes way beyond what any mortal can physically do.

Mad Max: Fury Road is being praised for its glorious melding of old school sensibility and new school techniques to create an action movie experience that nobody has quite seen before.  The go-for-broke practical stuntwork along with an amazingly talented crew and infectious energy are the prime reason of that.  Guy Norris gives off a bit of that youthful exuberance despite being in his 50’s.

That being said, it’s fascinating to see him discuss going out on a final, absolutely bonkers climactic crash.  Spoiler alert: He makes it out alive, of course, but it’s worth it to read for yourself HERE.