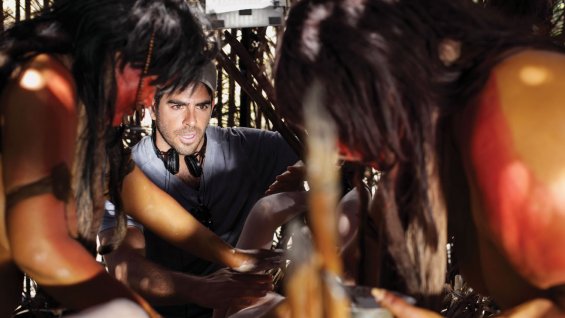 A controversial video has been circulating online featuring the simulated sexual assault of pop star Lana Del Rey at the hands of infamous horror director Eli Roth. The video was initially being touted by many online publications as an unreleased Marilyn Manson video (it’s not), but the scene seems to be part of a spliced together demo reel for the video production firm called “Sturmgruppe.”

But don’t take my word for it. Decide for yourself. The video follows and, needless to say, this is NOT WORK SAFE and may be a bit “triggering” for some. Proceed with caution.

More after the vid.

Now, during  a Larry King interview last month, director Eli Roth is on record as saying that the video was intended to never see the light of day. Possibly because even the director of Hostel could understand that it could be seen as poor taste.

But does it really matter since it features two consenting adults acting out this disturbing scene? Is it really too far if it was meant to be buried? Let us know in the comments below.