Netflixing Under the Influence: It’s Time To Watch AVENGERS… GRIMM?

After last week’s last minute tie-in, it made sense to take some time and think of an appropriate film that was at least somewhat related to the Marvel Cinematic Universe.  Maybe Elektra to tie-in to both Netflix’s successful Daredevil show as well as provide a throughline into the rest of the Marvel movies?  What about Ang Lee’s Hulk to revisit a stranger, more daring time in Marvel movie history?  Nah, let’s do a made-for-tv quality crapfest brought to us by The Asylum…

Unfortunately, per the arbitrary guidelines dictated by the title of this feature, I was required to have had a lot to drink.  After about a bottle of Barefoot Cabernet Sauvignon it was really hard to focus on the aggressively simple narrative.  Worse, the wine was just a touch too sweet for my tastes (I’m typically a Merlot drinker).  There were hints of blackberries in addition to what I like to call “that taste from when you chew on a deflated balloon.”
I’ve never seen a movie from The Asylum before.  No, not even Sharknado.  Despite how much fun audiences had with that strangely successful title, the studio initially came to prominence with out-and-out copies of movies.  Willfully confusing people for ten years seems to be a strange business model, but Snakes on a Train, The Da Vinci Treasure, and Transmorphers would like to argue otherwise.

Avengers Grimm makes no bones about throwing the audience right into the action.  Storybookland (or wherever they live) is in ruins as Rumpelstiltskin (Casper Van Dien) and his zombie-like “thralls” storm the castle.  Snow White (Lauren Parkinson) is using her magic mirror to look for her missing husband as Rumpelstiltskin and his second-in-command, The Wolf (Kimo Leopoldo) show up to use the mirror to conquer other dimensions.  A struggle causes the three of them to be transported to Earth.

When Cinderella (Milynn Sarley), Sleeping Beauty (Marah Fairclough), and Rapunzel (Rileah Vanderbilt) show up they’re too late.  Time moves much slower in other dimensions so they must immediately use a shard of the now broken mirror to follow and stop Rumpelstiltskin’s evil plan before it escalates further.  Peasant/outsider Red Riding Hood (Elizabeth Peterson) tags along in order to hunt down The Wolf and get revenge for the murder of her family. 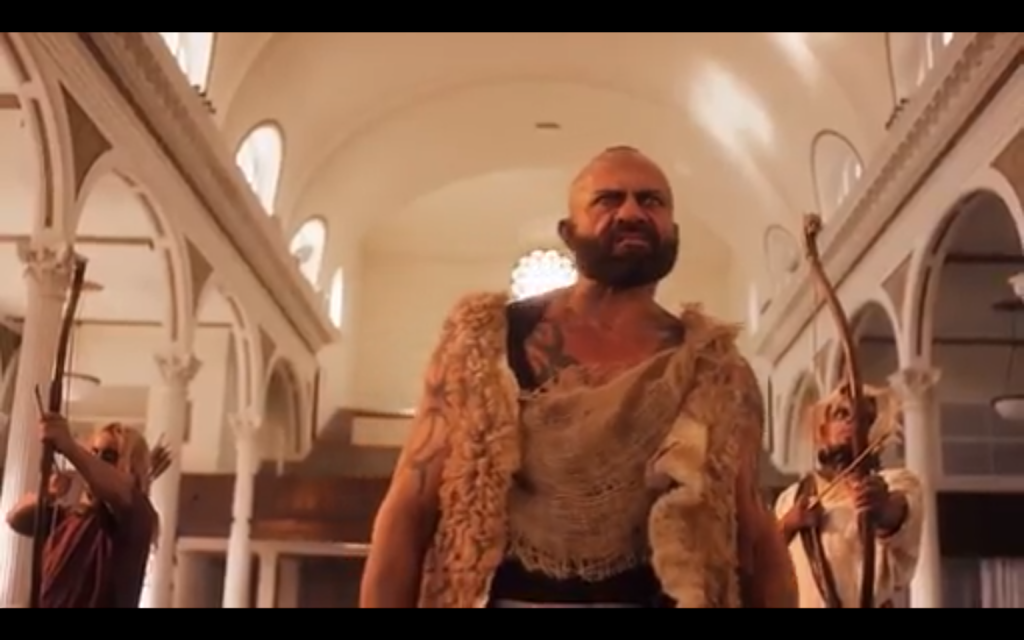 When the four women get to the dimension we all know and love, it’s been long enough for Rumpelstiltskin to get elected mayor and Snow White to be forced into hiding as the only resistance to his tyrannical mayorship.  They all team up (except Riding Hood who is excessively single-minded towards vengeance and nothing else) in order to make sure Rumpelstiltskin can’t bring his army through the missing mirror shard and take over the non-magical Earth.

You may start noticing some similarities to Marvels’ The Avengers here.  A group of heroes begrudgingly works together to take down a mythical trickster who is attempting to open a portal to another world and bring in an army to raze our world.  The score especially borders on plagiarism, and they even cast The Avengers voice actor Lou Ferrigno as Iron John, a gangster who is given magical, Hulk-like powers to cause a ruckus, only to be converted to fight for the good guys by the end. 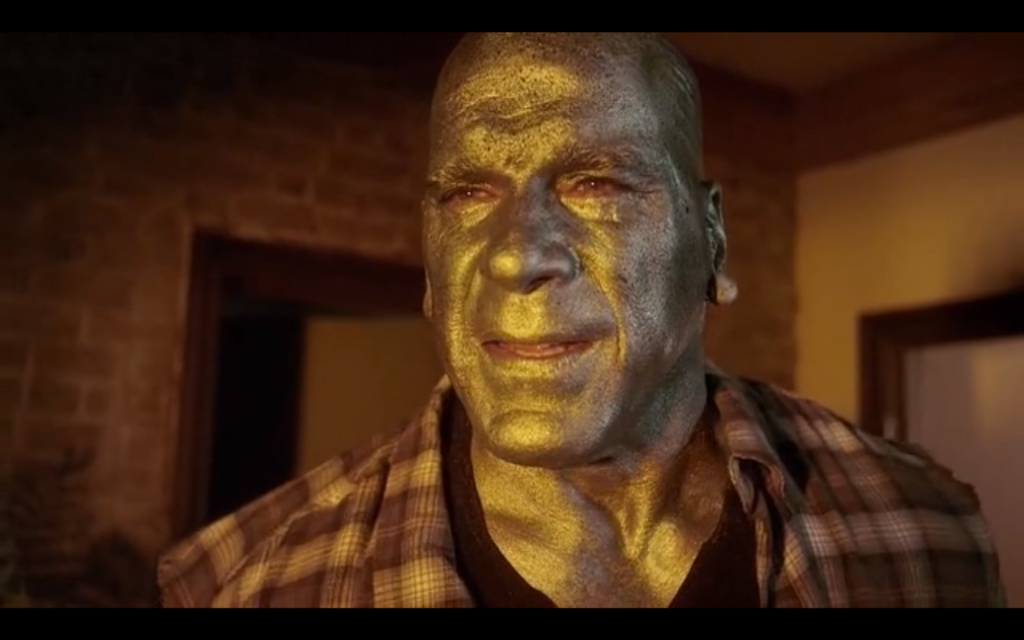 Eventually the heroes learn to use their powers to work together and confront the villain.  What their powers actually are though is up for debate.  To the filmmakers’ credit, there is no painful exposition introducing each character.  To their detriment, nothing in the story tells us much about the characters either.  Here are the details of powers by my count… 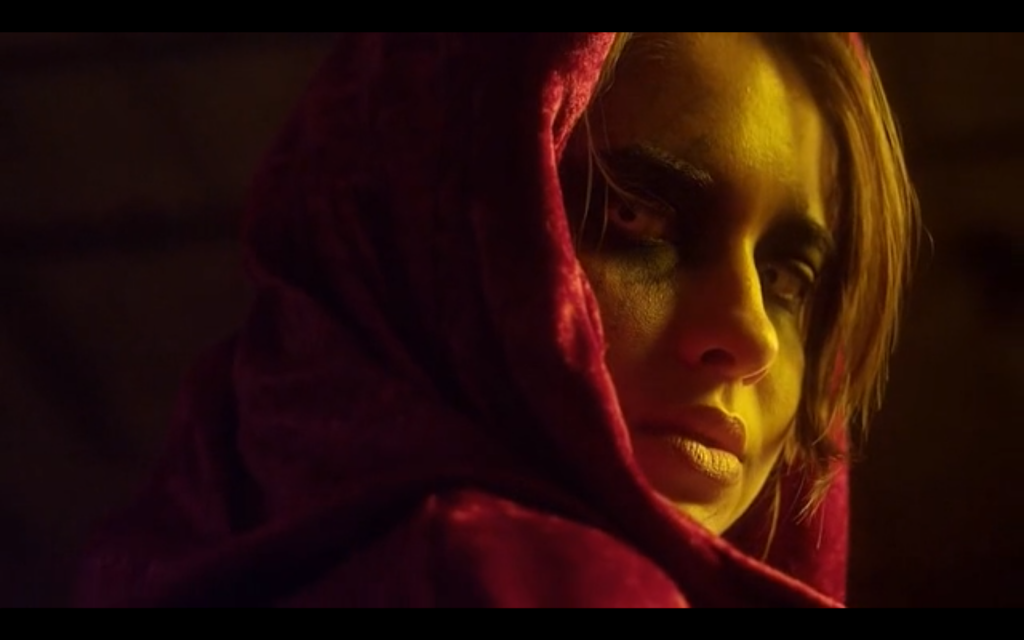 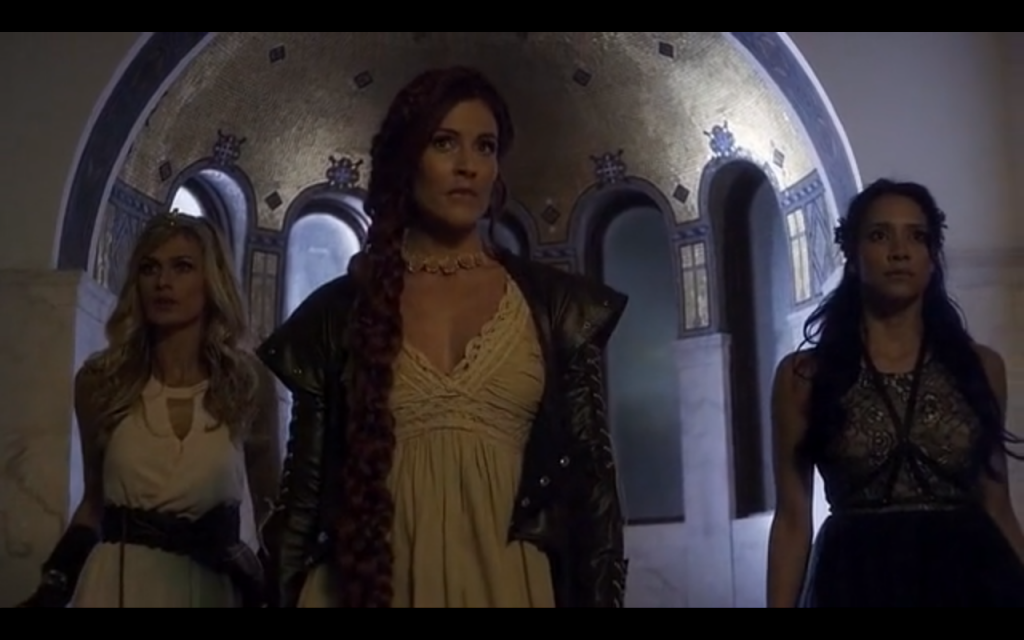 After 2012’s The Avengers all that anyone could talk about was the nearly minute-long single-take battle scene of the Earth’s mightiest heroes working together to lay the beatdown on some Chitauri.  The virtuoso sequence wasn’t just perfectly paced and exciting, but also thematically and aesthetically impressive.

In typical carbon copy fashion, Avengers Grimm has a similar sequence.  Except its version is only sixteen seconds long.  The camera’s too close and it’s not terribly well-choreographed, but there’s something charming about the less technically proficient scene aped in The Asylum version. When Cinderella, Snow White, Rapunzel, and Sleeping Beauty march down the street beating up Rumpelstiltskin’s minions it feels fun and scrappy precisely because one couldn’t help but compare it to its high profile progenitor. 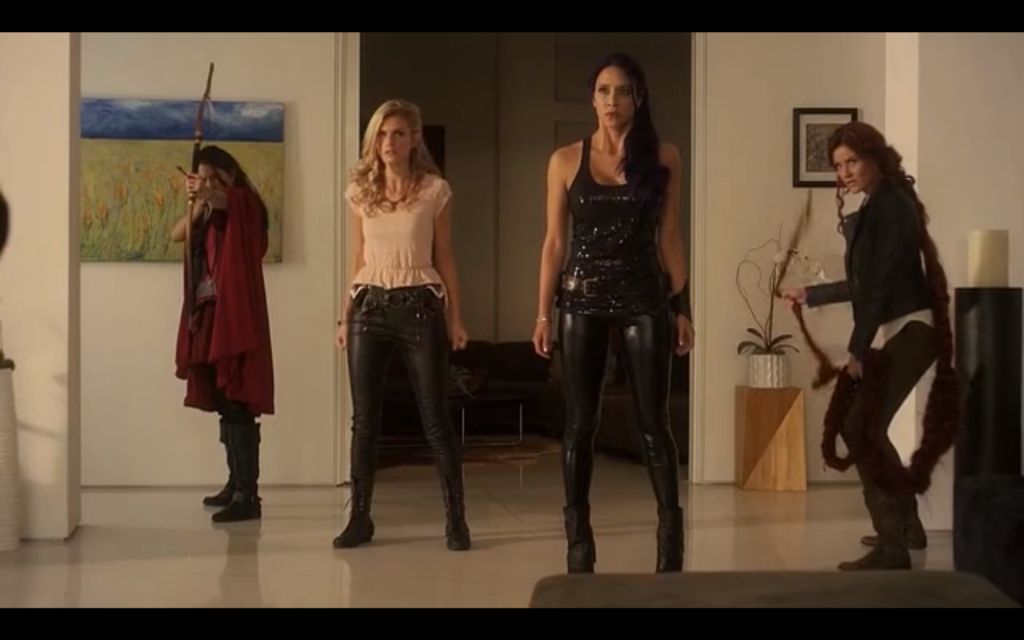 The Avengers is the third highest grossing movie of all time and we already know that the sequel will be close.  Somehow, after this half-assed duplication of the original’s famous scene, the low-budget rip-off no longer felt like a soulless cash-in.  There was something endearing about the valiant attempt that only failed slightly.

The acting is downright terrible across the board.  Every performer seems to be out of their element no matter how pedestrian the scene.  It’s roughly on par with a softcore porn movie… whether it’s an extra or a lead, the lines unassuredly stumble off the actor’s tongue like it’s their first reading.  Of the female leads, they’re supposed to be unique characters… but they all play their roles as either unqualified badasses (Riding Hood, Snow White, and Cinderella) or non-entities (Rapunzel and Sleeping Beauty).  Actually, I take that back.  Marah Fairclough’s Sleeping Beauty might be the believably uncertain neophyte of the group… or the actor is just really confused.

The only exception is Casper Van Dien who isn’t traditionally good, but at least is having some semblance of fun.  Even if his motivations aren’t clear, Rumpelstilstskin is portrayed as uncompromisingly power-hungry.  The campy verve with which Van Dien injects the villain almost make me want to reevaluate his empty-headed Johnny Rico.  Almost. 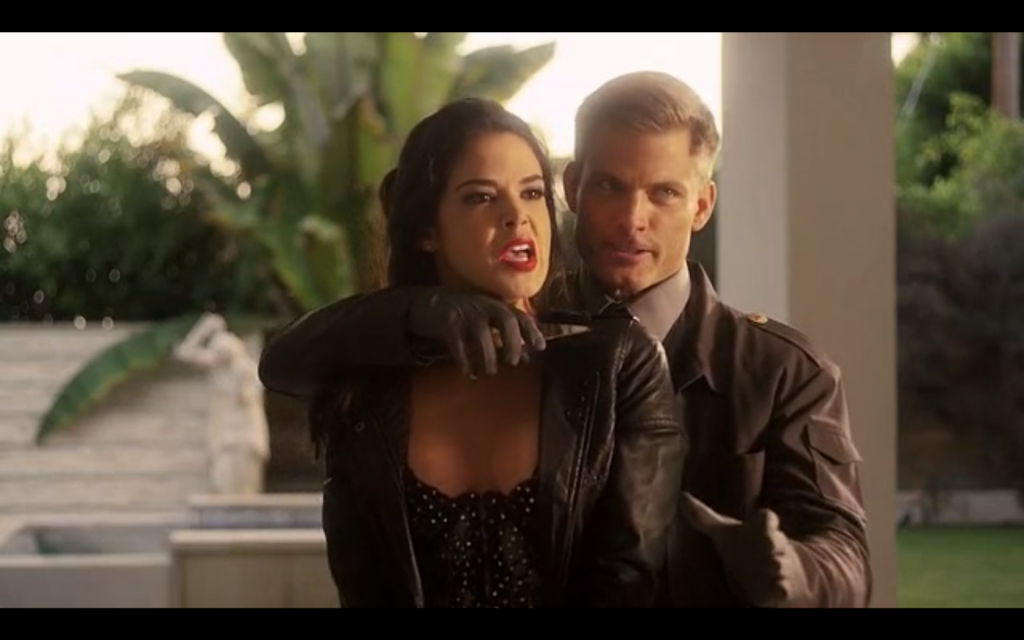 With that being said, the movie does have some tongue-in-cheek elements.  It’s just not entirely clear that everyone involved knew that at the time.  Lines like “Rumpelstiltskin must die!” are given such inept gravity that the uber-serious portions elicit sparse chuckles in this otherwise humorless film.  When The Wolf notices that Riding Hood is holding a sword and she stabs him through the heart and snarls “The better to kill you with!” you know somebody had to realize how silly the whole thing was.  But oddly enough, everyone plays it straight.

It’s weird to say that Avengers Grimm is better than I expected because it is horrible.  Its only benefit is that it astonishingly isn’t unwatchably horrible.  A cliché-ridden clone that nonetheless had some effort put into the production is simply… fine.  The movie doesn’t quite fail at anything, but it has no aspirations beyond being a serviceable mush of middling storytelling.  There is no reason for anyone ever to watch it, but somehow, it feels like both those in front of and behind the camera know all that.  It may be mediocre, but at least it’s not quite insulting.

All images courtesy of The Asylum