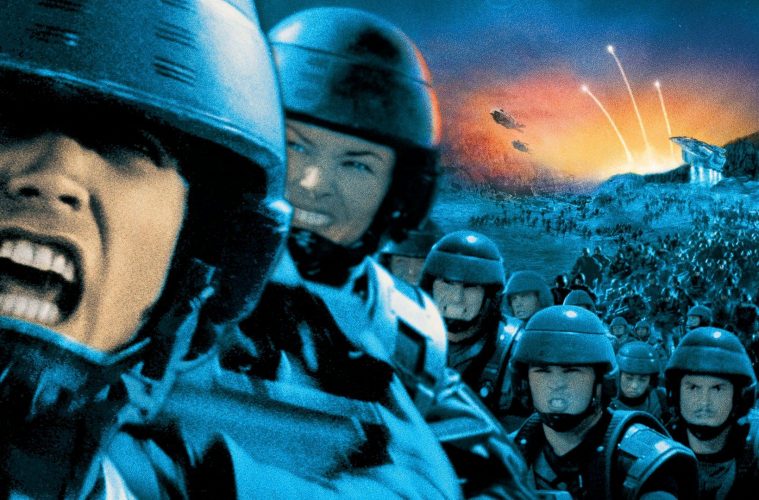 Sometimes with movie fans, there can be movies that everyone else loves, but we don’t. Even if it’s a slow burner, the first viewing can be disappointing. I often watch movies that I don’t like on first viewing, but then grow to love. Tim Burton’s ‘Mars Attacks!’ is a prime example. I hated it the first couple of times I watched it. And then one day, just randomly watching it as part of a DVD collection I’d bought, I absolutely loved it. What I originally didn’t like was that it just wasn’t the movie I expected. The strange story, the weird characters, the complete lunacy of it all. I expected some of it, due to Burton, but not the sheer amount that was on offer, And that ending with Slim Whitman’s music just angered me. But then one day, watching that DVD, it had hit me what exactly that movie is supposed to be. A spoof. A goof on all of those terrible sci-fi movies from the 50’s and 60’s we grew up watching. And viewing it from that point, I have grown to totally adore it. While I can’t say all of that for Paul Verhoeven’s ‘Starship Troopers’, it has always been a similar experience for me, one I didn’t like to actually liking a lot. So to carry on our look at the best action movies of 1997, we simply must include this movie.

Sometime in the 23rd century, Johnny Rico, his girlfriend and best friend, join the Federation, a US military program, broken into several sectors. Becoming a service fighter, Rico is put into action when giant space bugs attack their planet. Along with his friends, Rico heads off to the alien bug’s planet to lay waste to the population of man-eating monsters and save mankind from obliteration. Think Verhoeven does ‘Aliens’. How the writer of the 1950’s novel didn’t sue James Cameron is beyond me. Unless the two differ greatly? ‘Starship Troopers’ was originally intended to be a different movie, I believe?

Paul Verhoeven is a very strange filmmaker. His style, his storytelling and his love of violence is barely matched in Hollywood. As a major fan of his American movies… ‘RoboCop’ (Not only his best work, but one of the greatest movies ever made), ‘Total Recall’, ‘Basic Instinct’, ‘Hollow Man’ and ‘Showgirls’ are some of the best movies I know of. Yes, I included ‘Showgirls’ in that list, it’s so overly sexy. insane and lavish that I can never, nor want to, resist it. But with ‘Starship Troopers’, I disliked it on first viewing. I just couldn’t follow it. The characters seemed so one-dimensional and dull (Unlike Verhoeven’s other movies), although I always liked Casper Van Dien as Rico and the magnificent Denise Richards as his girlfriend Carmen. Neil Patrick Harris has moments too, but is very underused, considering how important he is in the movie. The direction seemed so jumpy, especially as Verhoeven usually has a beautiful visual stillness to his work. But above all, I hated the constant military adverts. The countless “Would you like to know more?” add-ins drove me into a rage. I remember yelling “YES! I WANT TO KNOW MORE, DAMMIT!” every time those scenes came around. But there were also things I liked, such as the amazing special effects, the bug designs, the terrific action scenes, and of course Denise Richards. Throw in Dina Meyer, and there was plenty to enjoy. Meyer’s character sadly didn’t get a lot to do, which is still a shame, but I always enjoy watching her. With passing time, I’ve grown to enjoy ‘Starship Troopers’ a lot more, thanks to those elements. Especially the action and the ladies. I do long to see a version without those awful adverts. It worked for ‘RoboCop’, as a satirical view on the United States. But even the news reports of RC can grow tiresome at times. So I find ‘Starship Troopers’ style as a long military advert on why you shouldn’t join to be actually intelligent after these 20 years. Those old army ads that promise you the world, but hide the horror, that’s what Verhoeven sends up here. And to his credit, he does a fun job of it. Even if way too often.

‘Starship Troopers’ didn’t quite do it for me the first time all those years back, but after two decades, I enjoy it so much more. It’s a big entertaining blockbuster with plenty of awesome bug action, gross gore and sexy women. Despite the problems I have with it, I can’t say that I don’t have a lot of fun with it when I watch it. And Casper Van Dien is a lot of pure American fun in it also. As for the sequels, I love the heck out of ‘Starship Troopers 2: Hero Of The Federation’. For a movie that didn’t reach the cinema, it’s better than a lot of stuff out there. Huge fun with amazing action, lots more gore, great characters and the spectacular Kelly Carlson. With special effects genius, Verhoeven collaborator and all-round lovely man Phil Tippett as director, that movie is totally awesome. Check it out.

For it’s 20th anniversary, there is a lot of great stuff coming out for ‘Starship Troopers’ from different people involved. Here is a terrific behind the scenes look at the movie’s bug creators, Amalgamated Dynamics, designing a feature monster for the movie. This is listed as Part 1, so there may be more great footage on the way. This is very cool. Happy 20th anniversary to all involved!