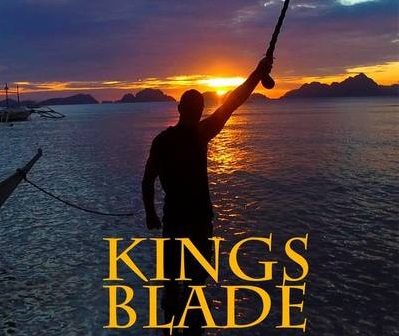 THE URBAN ACTION EXPERIENCE: ‘KING’S BLADE’ TAKES US ON A HUNT FOR A LEGENDARY FILIPINO WEAPON

In addition to having the opportunity to revisit Five Deadly Venoms at the Urban Action Showcase & Expo in New York’s Time Square, I was also able to catch up with a nonfiction film called King’s Blade.  I did some googling, but there’s not much of a paper trail on this one (not even an IMDb page), which just adds to the mystique of one of the strangest documentaries I think I’ve ever seen.  I was able to find a trailer, but it’s in Russian:

Two martial artists (Felix Cortes and Alex Pisarkin) are in a vaguely defined competition to find the mythical (and titular) King’s Blade, a legendary Filipino weapon that defeated hordes of invading forces, explained to the audience through an impressive and action-packed animated intro.  We’re not quite introduced to Felix and Alex, but we see them split up and roam through the Philippines and meeting with various legendary grandmasters.  There’s an obligatory introduction and learning sequence with each grandmaster and then they get up the courage to ask about “The King’s Blade” and receive more information.

As you can tell from the trailer, some of the on-location digital photography here is breathtaking.  Plenty of drone shots capture waterfalls, beaches, jungles, and urban landscapes that make everything feel epic and vibrant.  But even better are the incredible escrima stick matches as each of our protagonists learns from and fights with a grandmaster.  We at Action A Go Go saw a metric ton of martial arts footage during the day and the fighting in King’s Blade is easily the most impressive.  This is possibly because much of it is real sparring matches.  In one scene where Alex Pisarkin hits sticks with Bobby Taboada (who makes parrying and thrusting look effortless), the camera lingers over the escrima-shaped bruises which start slowly appearing over his torso.

But then things start to get real weird.  Firstly, I can find even less about the legend of the blade online than I can about this movie.  As Felix and Alex continue their investigations, people give contradictory information about whether the legend is real or not.  What didn’t occur to me at the time was whether the legend was invented whole cloth for the film. But what really starts to weigh on the movie is that it often drops the pretense of reality in order to create a flimsy narrative stringing it all together.  At one point, a bunch of masked hooligans start a fight and a main character has to get rescued by one of the grandmasters who scares 5 men off when they recognize his fighting prowess.  Later, when Felix and Alex finally meet, they break into an over-the-top choreographed fight scene.  All these fictional elements would serve to add color, but the performances by the non-actors in this docudrama add a layer of cringeworthy artifice.  And that’s in addition to the clunky narration, which (I assume) is from a Russian guy who has a practiced non-accent that makes him sound like the Norwegian version of Siri.

But the fighting stuff is so cool!  And many of the grandmasters (when they’re not clearly delivering lines written for them) are interesting, eccentric, and camera-ready.  An extended musical number between two old friends was both charming and hilarious.  The only problem here is that the strange fictional conceit that they filter all this through is pervasive and causes the film to stumble more often than not.  If structured like a pure information dump about the history of different martial arts, this would have been much more successful. 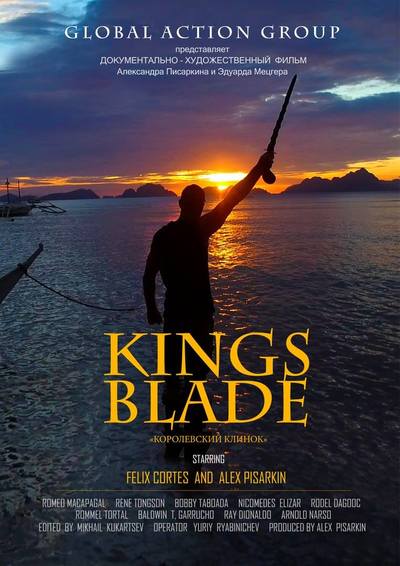