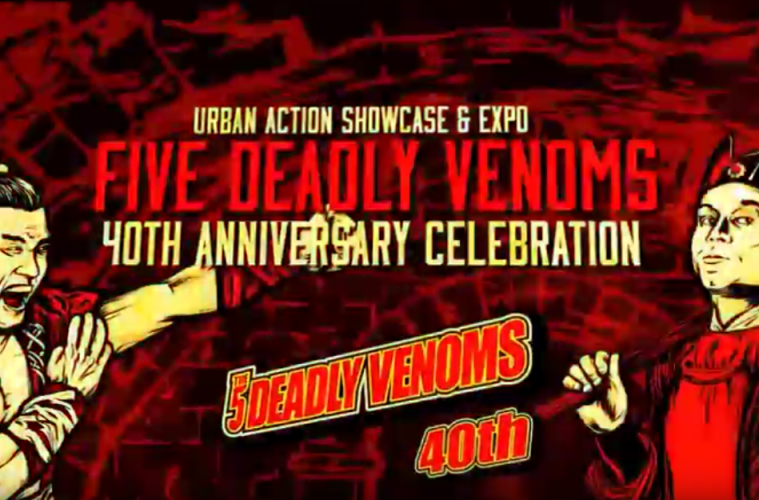 For whatever reason, Chang Cheh’s Five Deadly Venoms is often considered the most well-regarded kung fu film from the genre’s golden age in the 70s and 80s.  And I’ve never understood why.  Maybe it’s because of Wu-Tang Clan bringing it into the pop culture consciousness (but then why doesn’t Ninja Checkmate, aka The Mystery of Chessboxing have the same appeal?)  Maybe it’s just the ultimate extension of kung fu styles taking on an over-the-top movement of different animal species (but I’d argue Jackie Chan’s Snake in the Eagle’s Shadow does that better).  Hell, I don’t even include this in the upper tier of the dozen or so Chang Cheh films I’ve seen, let alone the Shaw Brothers or all of kung fu.

But I’ve been wrong before, so I was very pleased to see this updated print (some DVDs of this look like they were ripped from an over-played VHS) at the Urban Action Showcase & Expo.  While a lot of fun, I, unfortunately, came through feeling mostly the same about this film.  The entire conflict is initially made up of weird speculation that makes this feel stake-free.  Five members of the Poison Clan might be evil, so the school’s last student, Yang Tieh (Chiang Sheng), goes out to stop them.  Armed with the knowledge of all their styles (Centipede, Snake, Scorpion, Lizard, and Toad) but none of their expertise, he sets out on his journey to maybe team up with one of them and defeat the rest to make sure the remaining Poison Clan alumni aren’t robbing people.  And then we don’t see Yang again for at least another hour. 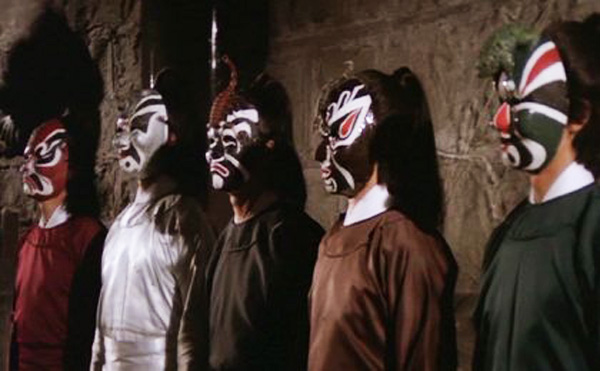 The rest of the story follows The Lizard (Kuo Chui) and The Toad (Lo Mang), who are ostensibly good guys, as they try to take down their villainous foils in The Centipede (Lu Feng) and The Snake (Wei Pei).  The Scorpion (Sun Chien) works from the shadows and just gums up the works, going as far as helping dispatch The Toad.  Then Yang finally shows up again and teams up with The Lizard for a climactic fight.

Kung Fu movies can be notoriously convoluted, but they tend to allow the audience to care about some characters along the way.  Five Deadly Venoms really does none of that.  And even by the climactic fight, it’s so concerned with gimmicky choreography and silly-looking wire-fu that it pales in comparison to the most of the other Shaw Brothers movies I’ve seen (currently sitting at about 20).

Although I’m armed with criticisms here, this was still very fun.  The fight choreography plays like a kinetic dance and the common technique of using a POV shot as a character punches at the camera is used to its greatest effect here.  However, it’s ultimately easy to get distracted during the entire, bloated middle while we’re waiting for Yang Tieh to show up and follow through with the narrative conflict set up at the beginning.

What was MUCH more exciting was the post-screening Q&A with Lu Feng (who played the ultimate villain, The Centipede).  He had a laidback air about him while Kung Fu superfan, Ric Meyers (Films of Fury: The Kung Fu Movie Movie), asked him questions through a pair of translators… although, while they made a big deal about needing two translators, it elicited a few laughs when Feng began answering questions posed to him before waiting for the Chinese translation. 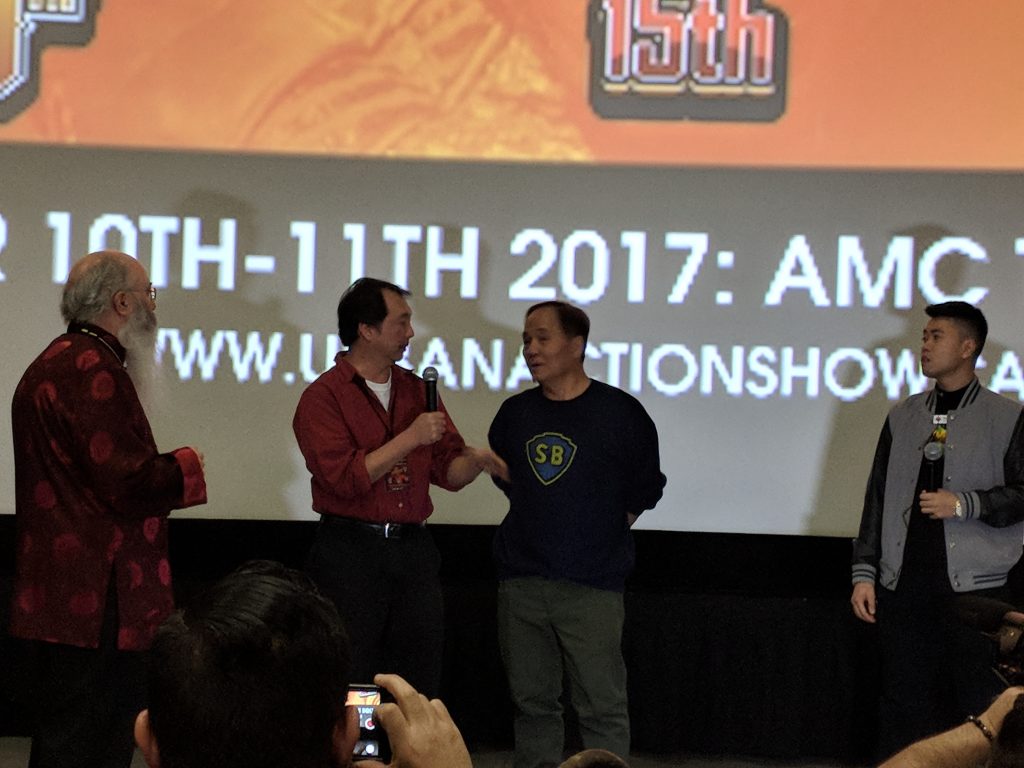 In addition to being the villain in the movie everyone had just watched, our special guest was one of Chang Cheh’s staple stars.  He played the big bad fairly often and preferred it.  As he explained, the heroes typically had to team-up to fight him.  So if he’s fighting three good guys, Feng chuckled that got three punches to each of their one and ultimately was able to show off more.  He doesn’t show off anymore though.  When questioned about what martial arts he currently practices to stay in shape, he violently shook his head and started laughing, making reference to how that would be difficult given his 64 years.

This type of access is what the Urban Action Showcase & Expo is all about.  It’s an intimate setting where someone in the front row can stand up and reveal himself as Dennis Brown, an actor from Cheh’s 1985 Dancing Warrior, and tell stories about how Feng had befriended him and showed him around Hong Kong.  There was thunderous applause when the look of recognition came over Feng’s face and they embraced.  There was even more applause only minutes later when it was revealed that the powers at be were working on a follow-up to Five Deadly Venoms.  This was a perfect environment to rewatch the movie.  The crowd was eating it up and the finale reached highs it never would in my living room.  Mostly, it was thrilling to revisit a well-known film amongst all the modern entries at this fest, many of which clearly inspired and reverent of the Shaw Brothers and Chang Cheh’s legacy.  Even if I would rather recommend the movie that was released as its “sequel” in the states, Crippled Avengers (aka Return of the Five Deadly Venoms). 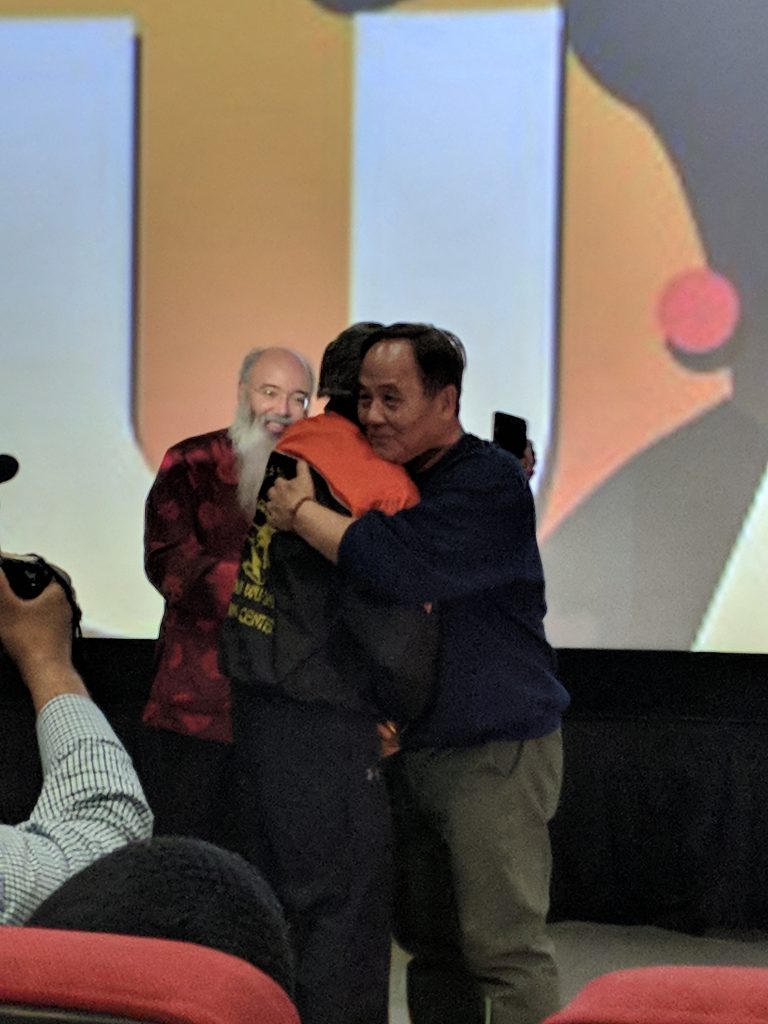