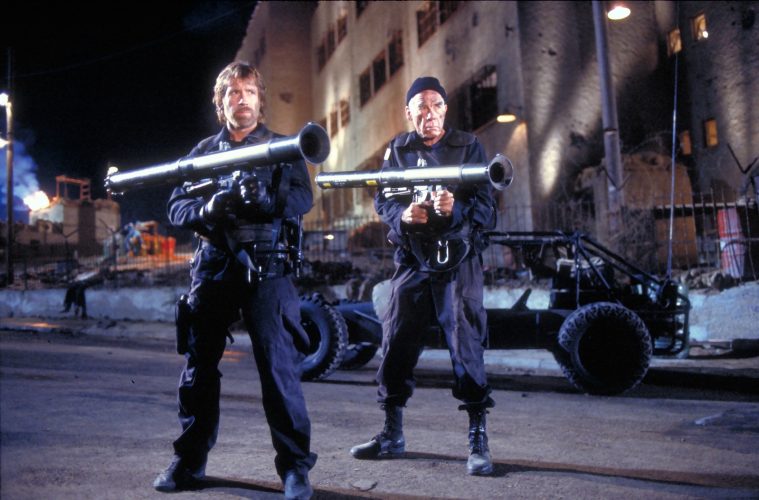 EXPLODING HELICOPTER: WE LOOK BACK AT THE DELTA FORCE AND THE TRUE STORY THAT INSPIRED IT

On the morning of June 14, 1985 – TWA flight 847 was hijacked by members of Hezbollah and Islamic Jihad. The terrorists threatened to kill everyone on board unless 700 prisoners held in Israeli jails were released.

The hostage crisis that followed lasted 17 days, before the passengers and crew were eventually released. But not before the terrorists murdered an American navy diver who’d been travelling on the flight.

Never slow to exploit the chance to cash-in on the on a fashion, fad – or in this case: terrorist outrage – the hucksters at Cannon Films rushed a fictionalised version of events into production.

And – just 8 months after the hijacking The Delta Force, starring Chuck Norris and Lee Marvin, exploded into cinemas.

The film is also the subject of the latest Exploding Helicopter podcast. Among the topics of discussions: the film’s surprisingly accurate dramatisation of a real-life events, how on earth the cast stars four Oscar winners, and the strange incompetence of America’s ‘elite’ special forces.

Also examined is the film’s stunning exploding helicopter and what may well be the greatest opening scene in cinematic history.

You can listen to the show on iTunes, Podomatic, Stitcher, Acast or right here and now.