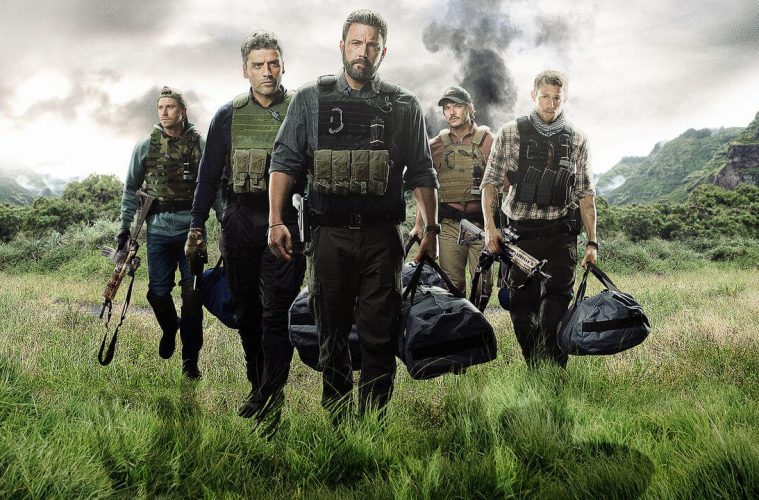 “As long as there’s no find, the noble brotherhood will last but when the piles of gold begin to grow… that’s when the trouble starts.”

That may be a line from The Treasure Of Sierra Madre, but it could sum up Netflix’s new heist drama, Triple Frontier.

The story sees a disillusioned military consultant recruit four old army buddies to rip-off a drug cartel. Predictably, events do not go according to their carefully laid plan, and the men soon find their morality and bonds of loyalty tested as the situation unravels.

Misleadingly marketed as an action film, Triple Frontier owes much more to John Huston’s cautionary tale of men corrupted by greed than it does to the popcorn thrills of Netflix’s recent Hurricane Heist.

This cerebral, rather than adrenaline, driven approach really should be no surprise.

Director JC Chandor made his name with thoughtful examinations of the world of business (A Most Violent Year, Margin Call) and the dialogue-free survival story, All Is Lost. While screenwriter Mark Boal (The Hurt Locker, Zero Dark Thirty) has always emphasised process and procedure over pyrotechnics.

So, while there are several tense shoot-outs and some helicopter hijinks, the film’s strongest moments come between the automatic weapons fire.

As the team attempt to escape with the multi-million swag the characters are presented with a series of situations in which they must choose between the money, morality and the lives of themselves and others. It’s here that the film exerts a quiet power and benefits from the casting of actors with dramatic acting chops.

Not all that glitters is gold though. This story has been told before and told better. But if you’re looking for an action movie with a bit of intellectual heft, Triple Frontier is a solid watch.