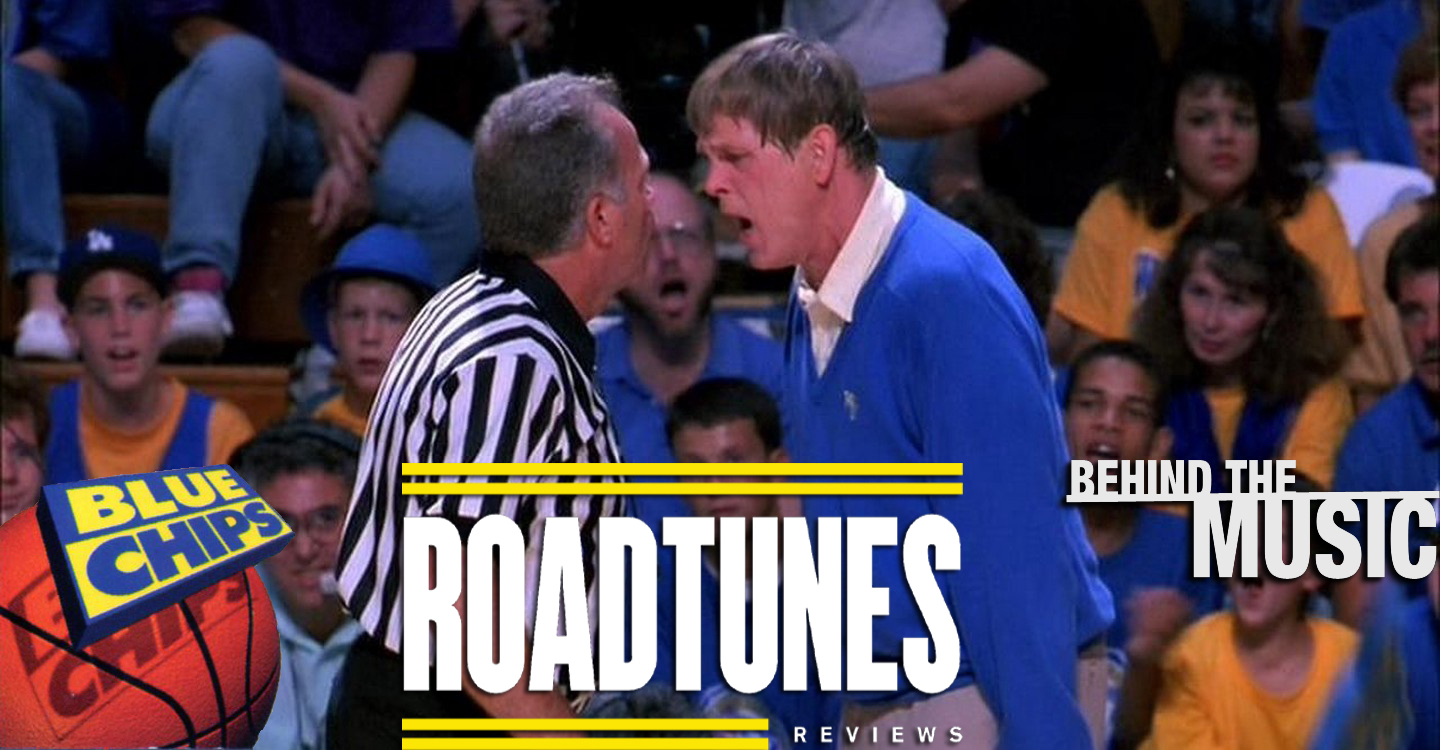 It’s March Madness, so everyone’s printing their NCAA basketball tournament bracket and placing their bets. Sadly, my alma mater is not in the tourney this year, so I won’t be paying as much attention as I usually do. However, as a UConn graduate and lifelong Maryland native, my fondest wish is that the Duke Blue Devils lose profoundly. But why am I talking about March Madness? Because of the 1994 movie Blue Chips.

Road Tunes Reviews and I noticed the dearth of songs in this film (even the official CD soundtrack contained only 11 tracks), which made this choice an intriguing challenge. Creedence Clearwater Revival, Nile Rodgers, and Jimi Hendrix were among the few names connected to it, but we managed to squeeze a lot out of the soundtrack. For those who’ve never seen the film, it stars Nick Nolte as the hot-tempered head coach of a college basketball team in a losing season. To revitalize the program, he reluctantly pays top-tier athletes (blue chip players) to join his school and the film examines his crisis of conscience along the way. The film co-stars Ed O’Neill, J.T. Walsh, Aldre Woodard and Mary McDonnell. Many NBA stars appear in the film as well, like Larry Bird, Shaquille O’Neal, Penny Hardaway, and famed coaches like Dick Vitale and Bobby Knight.

It got mixed reviews, but it shed light on the treatment of college athletes in how most of them are exploited by their schools. Nick Nolte channels all of his trademark profanity and angry tirades in this film (it was hilarious to see him soccer-kick a basketball out of frustration with the refs). I’d say this movie is popular with film buffs and sports fans alike, even hip-hop has made direct references to it. Queens rapper Action Bronson released a mixtape in 2012 called Blue Chips and the cover parodies one of the film’s most iconic images.