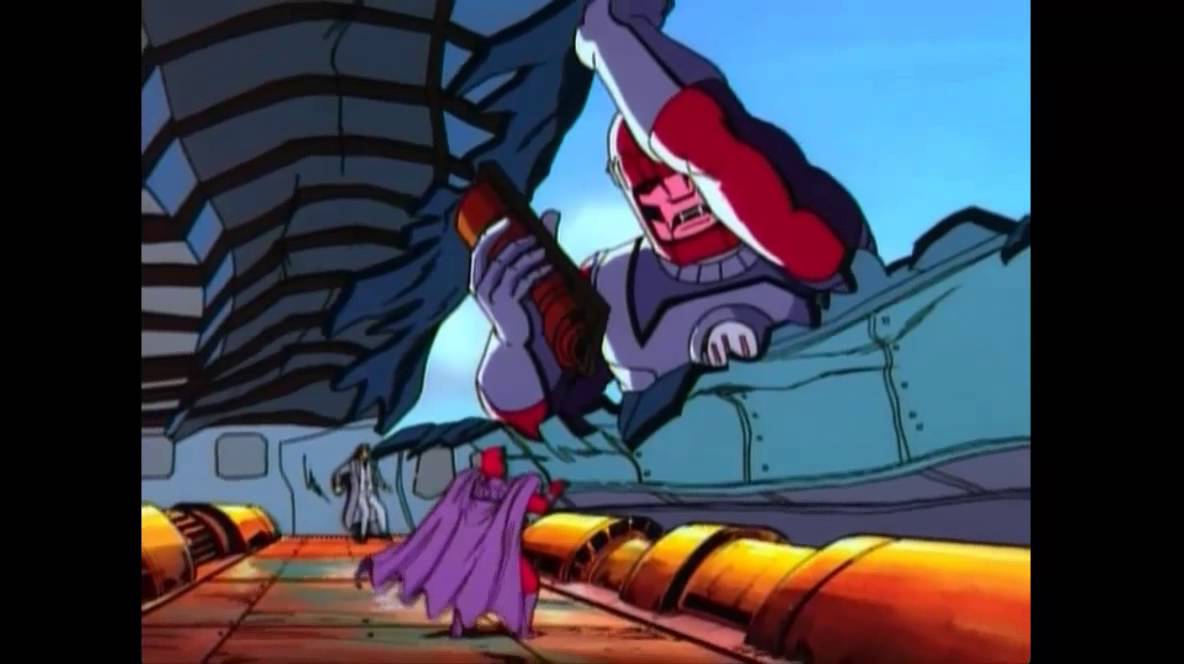 GREAT MOMENTS IN ACTION HISTORY: MAGNETO VS. THE SENTINELS

FOX’s X-Men: The Animated Series was my introduction into the world of Marvel Comics. Despite its lackluster final season, the series is the best on-screen adaptation of its comic book template. The series was a huge success, an animated action drama which touched on themes of prejudice, religion, divorce, adolescence, all within the metaphorical substitution of a Saturday morning super-hero cartoon. It was also clever enough to make references to mature themes and contained several Marvel Easter Eggs.

This is one of my favorite scenes from the series, one I viewed in a whole new context as I grew older and learned about history and the characters within said scene. From the season one finale episode entitled “The Final Decision”, Magneto has kidnapped Senator Robert Kelly after a group of unaffiliated mutants failed an assassination attempt on the Senator. Magneto, a Jewish mutant who grew up in Auschwitz, believes killing (or at least, ruling over) the humans who subjugate mutants is the only way to protect his people. Senator Kelly has spoken out against mutants and labeled them a danger to everyone. Magneto kidnaps him, brings him to an abandoned ship with the intent to kill him. Mystique and her mutant Brotherhood’s plot to kill the Senator was foiled in the previous episode, so Magneto has stepped in to finish the job.

The dialogue and music make Magneto a more sympathetic villain here. Referencing the atrocities he witnessed as a boy and even invoking “Never Again”. Before he could lay the killing blow, the mutant hunting robotic Sentinels attacked the ship. Magneto’s powers are ineffective against them and they greatly injure him as they rescue the Senator. But, even on the floor bleeding with broken ribs, Magneto is one Tuff Jew. He belts out, “This entire SHIP is my weapon!” as he uses the ship’s components against the Sentinels. That was one helluva statement he made. He’s an old man who’s a Holocaust survivor AND one of the most powerful mutants alive….he ain’t goin’ down that easy! The Sentinels caught him off guard and defeated him, but Magneto is one tough old man. See why: