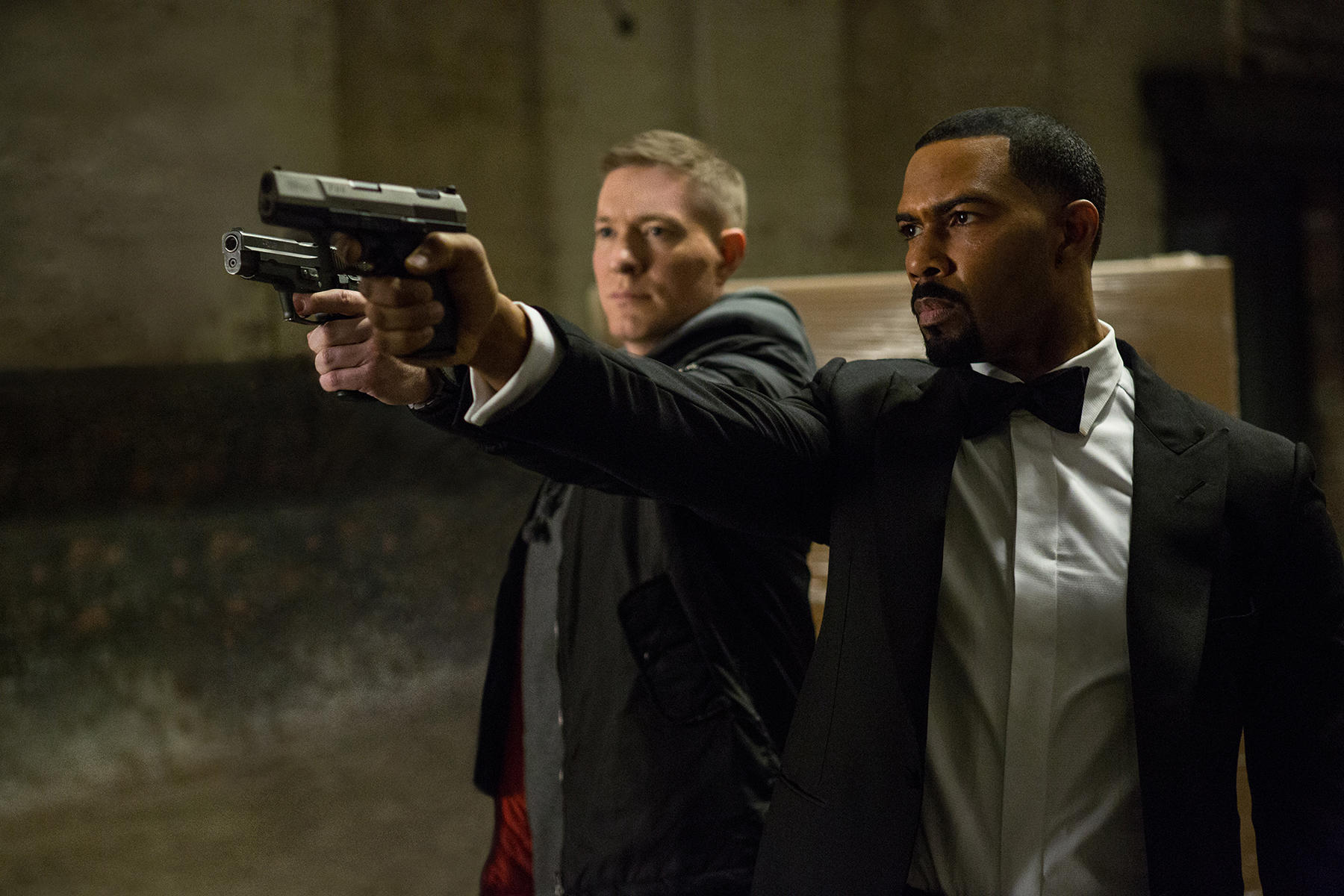 GREAT MOMENTS IN ACTION HISTORY: “GET OUT, I’LL GIVE YOU A HEAD START!”

Power is a crime drama on the Starz network about a major New York City drug dealer who wants to go straight. Omari Hardwick plays James St. Patrick, a wealthy night club owner with dreams of going legit. Since he was a teenager, he’s gone by the street name of “Ghost”. A calculating and murdering drug kingpin, his illegal business is aided by his partner and lifelong best friend, Tommy Egan (played by Joseph Sikora). While Ghost is more cerebral and intuitive about the streets, Tommy is knee-deep in the streets. Though loyal to Ghost, Tommy is a hothead with a sadistic streak. He’s more than happy to fly off the handle against anyone who threatens his operations.

The scene below is from season four. Tommy tracks down a soldier from a Hispanic gang he has dealings with. This soldier attacked one of Tommy’s own soldiers, so the latter decided to teach him a lesson. I have to give credit to showrunner Courtney Kemp Agboh for this scene, making it particularly brutal juxtaposed with “Easy” by the Commodores playing in the background. It’s dark-humored because of Sikora’s Tommy, well-filmed, and rather gory. But it’s got action, and that’s enough for me. There are many action scenes in Power, but this one’s a stand-out. The lesson? Don’t leave your guard down while you’re having an early-morning spliff in your car and don’t EVER disrespect Tommy Egan!