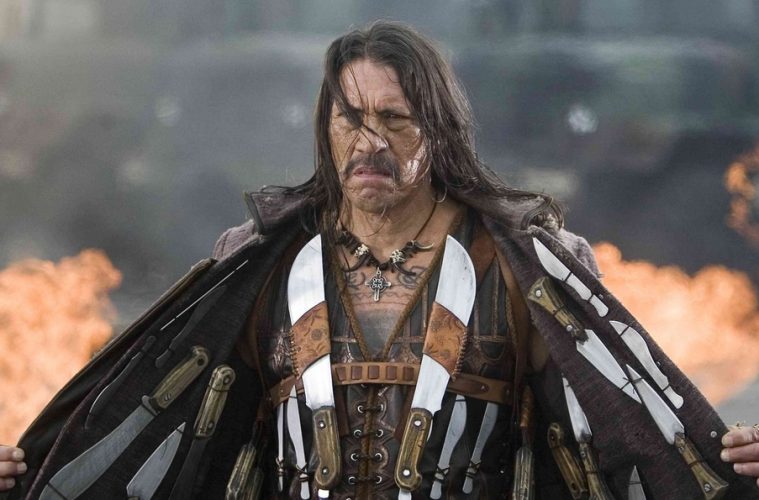 EXPLODING HELICOPTER: MACHETE KILLS AND THE RISE OF THE GERIACTION GENRE

Is there a more unlikely action hero than Danny Trejo?

At the coffin-dodging age of 70, the hopes of most actors run no further than a warm cocoa and a nicely paid ‘exposition cameo’. But not old Danny, who’s instead decided to spend his pensionable years carving out (literally in his machete wielding case) a new career in action cinema.

The two Machete films – Machete (2010) and Machete Kills (2013) – are both part of the recent ‘Geri-action’ genre. In these movies a host of older actors like Liam Neeson or Kevin Costner recast as action heroes, or old favourites like Arnie and Sly return to the fray for one last tear-up.

But what is it about butt-kicking pensioners that audiences seem to like so much?

That’s the question that the Exploding Helicopter team try to answer on their latest podcast when they look at Robert Rodriguez’s Machete Kills.

And they of course have a look at one of the most improbable exploding helicopters of all-time which features the very creative use of a fishing rod.

Listen to the show on iTunes, Podomatic, Stitcher or right here and now.