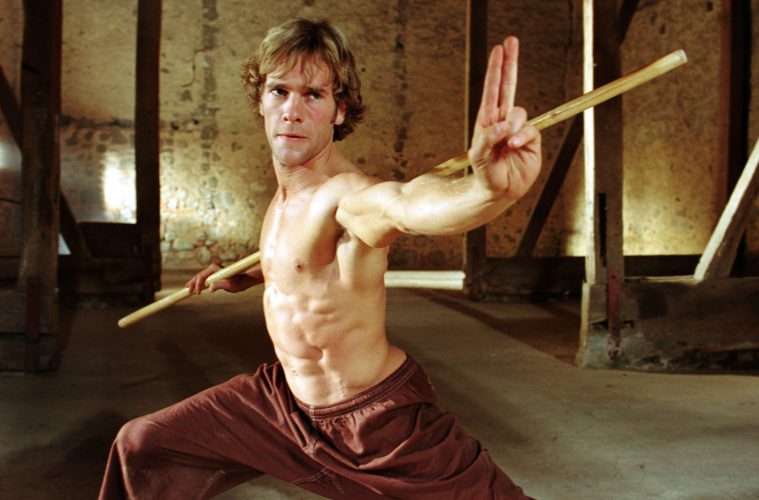 Monks have never been stars of the silver screen.

Mostly commonly sighted in historical dramas, they act as a kind of period window dressing – generally portrayed as stout, jolly fellows, whose love of God is only matched by their love of mead.

True, Asian martial arts films in the 70s and 80s often featured monks of the Shaolin variety, kicking god-fearing ass while dispensing cryptic wisdom (usually with a badly-dubbed English accent). But in Europe, monks have only ever had a marginal presence – the only notable contribution being period murder mystery, The Name Of The Rose.

So, it’s against this unpromising backdrop that we come to Lasko: Death Train (2007), a film which bravely smashes the stone tablets of convention and gives us Europe’s first-ever martial arts monk.

So, when terrorists take over a train carrying pilgrims on a trip to see the Pope, it’s time for Lasko to kick some god-fearing butt.

This bizarre film is the subject of the new Exploding Helicopter review. You can listen to the show via iTunes, Stitcher, Acast, Player FM, Podomatic or right here.