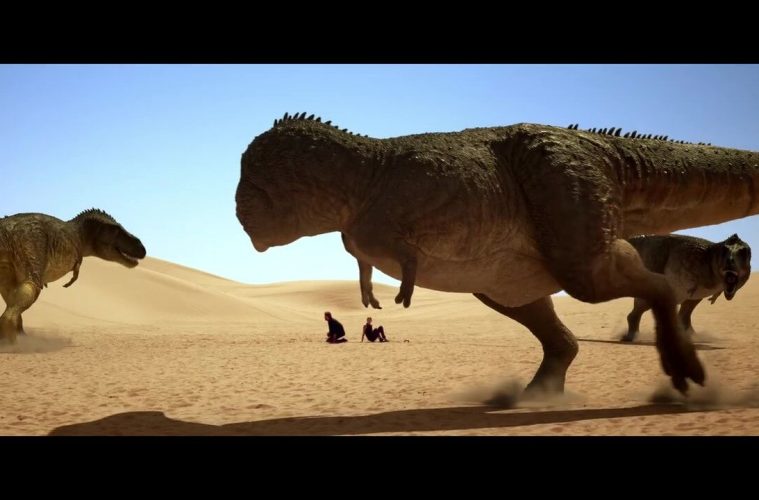 FIRST CLIP AND TRAILER FOR THE JURASSIC GAMES

We all know big budget Hollywood films like Jurassic World or whatever random Star Wars movie is coming out get all the attention and eyeballs with literal gobs of cash and special effects. And that’s fine. But we have to remember those movies occupying the bleacher seats. The films on the fringes that do it all on a shoestring budget and a whole lot of passion. Films that have a lot of dinosaurs, with convicts running away from those dinosaurs, and someone wearing a sabertooth helmet.

Jurassic Games falls firmly into that latter category. Here is the official synopsis:

Every years, 10 of the world’s most lethal death row criminals are chosen to compete for their freedom in The Jurassic Games, a television show where contestants must survive against a variety of ferocious dinosaurs.  The players all die gruesomely in the game zone except for one, the last one standing, the winner, who is granted not only his freedom, but fame and fortune. Survive the dinosaurs. Survive each other. Survive…The Jurassic Games.

After reading that, and watching the clips below, I am sold. Sold sold sold. Check them out and let us know what you think in the comments.

Clip from the movie:

Full Trailer for the movie:

The Jurassic Games will be available on Digital 6/12 and DVD 7/3 from Uncork’d Entertainment.