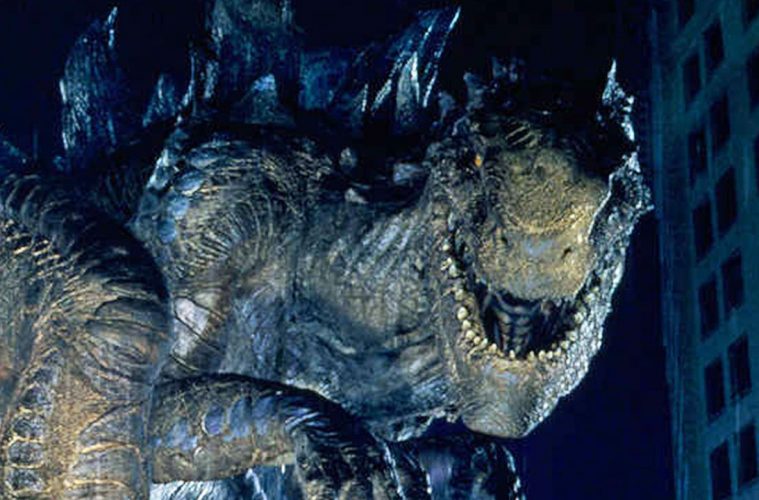 Rebooting franchises is not something many fans are fond of. Sometimes people just want their beloved movies left alone. But in the grand scheme of moviemaking, the heart of it is business and making money. So to expect a studio not to go back and revisit a popular movie or franchise is somewhat unfair. And as far as reboots go, we have had franchises return with fails, but many more have come back with massive success. Star Wars? (Even the prequels, disliked as they are by many, were massively successful at the box office) Jurassic Park? Harry Potter? (Different franchise with Fantastic Beasts, but still the Wizarding World) Even one-off movies have had late sequel success, with ‘Blade Runner 2049’ jumping to mind. Not quite the money maker the studio hoped for, but still a hit with fans, including myself. Sadly, sometimes a reboot or remake doesn’t go down quite as well. There are two examples… ‘Indiana Jones And The Kingdom Of The Crystal Skull’ (Which I adored and will review later for its 10th anniversary) and ‘Godzilla’. And it’s that awesome big guy we’re here to discuss right now.

Godzilla is one of the most popular and beloved movie franchises in the world. Loved by both adult and child audiences for many decades, the franchise has had its ups and downs. But the awesome dinosaur has never been forgotten in pop culture. But as we know, the movies are known for their low budget special effects, the man in a costume for the title character and their several sequels. But with the massive success of Steven Spielberg’s ‘Jurassic Park’ and especially ‘The Lost World: Jurassic Park’ in 1997, other studios were desperate to cash in on Spielberg and Universal Pictures’ success with dinosaur movies. So Sony Pictures put into production their own new action blockbuster, ‘Godzilla’, in an effort to grab the dino-loving market. With the classic history of Godzilla and the new resurgence of dinosaur movies, Sony felt they were on to a sure thing. A big budget, director Roland Emmerich straight from his huge box office smash ‘Independence Day’ (Which on it’s own release became the second highest grossing movie of all time, coming in under ‘Jurassic Park’ itself) and a host of popular stars including Matthew Broderick, Jean Reno and Hank Azaria. With a wonderful advertising and memorabilia campaign that ruled my childhood (My birthday of 1998 was Godzilla themed!), the most epic movie song of all time (More on that later) and a massive hunger with audiences for dino pics, ‘Godzilla’ should have, and deserved to have been, a spectacular success. But as we know, it wasn’t.

Altering the history of Godzilla was a big no-no for fans of the original, which was the beginning of the end for this new take on the classic monster. Where the original Godzilla was an actual dinosaur, 98’s Godzilla is really not a dinosaur at all, but instead an iguana who is mutated in a nuclear testing blast and survives udnerground for decades. That instantly irked fans, even me somewhat. He looks like a dinosaur, acts like a dinosaur, but is actually a giant lizard created from nuclear radiation. To heap problems upon the movie, movie goers then had a problem with the cast, feeling that while the Jurassic Park movies got cool and edgy characters with plenty of star power (The original ‘Jurassic Park’ has a cast so incredible I still can’t believe they got it made!), ‘Godzilla’ got the lovable but wimpy Matthew Broderick, an almost completely unheard of female with Maria Pitillo and Hank Azaria, known best for his voice on ‘The Simpsons’ (And a great small role in ‘The Birdcage’). Harry Shearer, also of ‘The Simpsons’ fame, appears too. For a blockbuster with one of cinema’s greatest monsters, ‘Godzilla’ featured only one genuine tough guy, Jean Reno. Who instead of being tough, is reduced to almost being a cartoon character. And to make it all the worse, ‘The Lost World: Jurassic Park’ was released just the year before, with an even bigger advertising campaign, and took a thumping from critics (Who were completely wrong, The Lost World is cinema at its best!). People had enough of dinosaurs, so releasing ‘Godzilla’ the next year was perhaps its only genuine screw-up. And maybe the giant nuclear mutation lizard twist.

For all of those problems, the only one that ever gave me question to groan is indeed the giant lizard plotline. Although it feels like we’re watchinga dinosaur movie, we actually aren’t. And I personally would not have made that change. But for the rest of it? Absolutely brilliant. I love the cast. Especially Matthew Broderick. Not every dinosaur movie can have an awesome tough hero like Dr. Alan Grant (With Sam Neill perfectly cast, a truly wonderful man and actor). Sometimes it’s nice to see a wimp dragged into something we deem as far beyond his control. And giving him a ridiculous name like Dr. Nick Tatopoulos just makes him all the funnier. Monster movies don’t need a tough guy anymore. Although having Schwarzenegger fight Godzilla would have been magnificent. All we need is an everyman, some normal, downtrodden and unassuming. That’s what makes a movie like this fun. Seeing the underdog take on a mighty beast. David and Goliath. As for Godzilla himself, I look at him and hear that roar, and then instantly forgive that he’s a giant iguana instead of a dinosaur. That creature is mighty. Truly one of the most amazing creatures I’ve ever seen on screen. And the sound effects given to him are an absolute joy. That signature roar is what monster dreams are made of. The plot may be thin on the ground… Worm geek with a crush on a dull news reporter is asked to help hunt Godzilla through New York, thanks to his work with Chernobyl worms (LOL!). But what follows is some of the most glorious action you’ll ever see. There’s a scene in the movie where Godzilla chomps a helicopter from the sky, and I still remember my young self screaming “OH MY GOD! DID YOU F**KING SEE THAT SH*T?”. And then the blazing finale with a vengeful Godzilla stomping across the Brooklyn Bridge, chasing the movie’s so-called heroes in a taxi cab. Who could not abslolutely adore that? For the weakling characters, the silly plot, the radiated lizard, all of that glorious Roland Emmerich action makes me forget everything else. It’s ‘Independence Day’ with donosaurs/lizards instead of aliens. A full-scale dino invasion in New York City. Amd it’s orgasmic to watch!

But that’s not all. Going back to an earlier point, that song! Think of a giant raging monster stomping through New York, eating cars and helicopters, while having tanks fire rockets ar him, as he runs through skyscrapers. What song could possibly match that tempo of action? Come With Me by Puff Daddy and Jimmy Page! That’s what! Sampling the iconic Led Zeppelin hit Kashmir, with Page playing his spectacular guitar track. Puffy Daddy howls his way through the most awesome song to ever grace a movie. Screaming cuss words like there’s no tomorrow, with Godzilla’s fantastic roars peppered throughout and that relentless Page beat, Come With Me sums up what Godzilla is as a movie. F.U.N. Many people donn’t like it, I’ve encountered many who do. But for its little problems, I abslutely adore ‘Godzilla’. It delivered what it promised, it delivered so much more even. And Roland Emmerich is one of the greatest filmmakers of all time. Many criticize his work, but theere’s only two men in the world who can put images of such powerful action like this on a cinema screen… Michael Bay and Roland Emmerich. And if not for ‘Independence Day’, we wouldn’t have the modern blow-em-up cinema we have now. Bay himself would admit that. So thank you, Mr. Emmerich, for everything. And for this awesome movie. I’ll never forget my 14th birthday, filled with Godzilla chocolates, books and toys. Those were the days that formed my life as a movie lover. And that song is just the greatest! Size DOES matter!