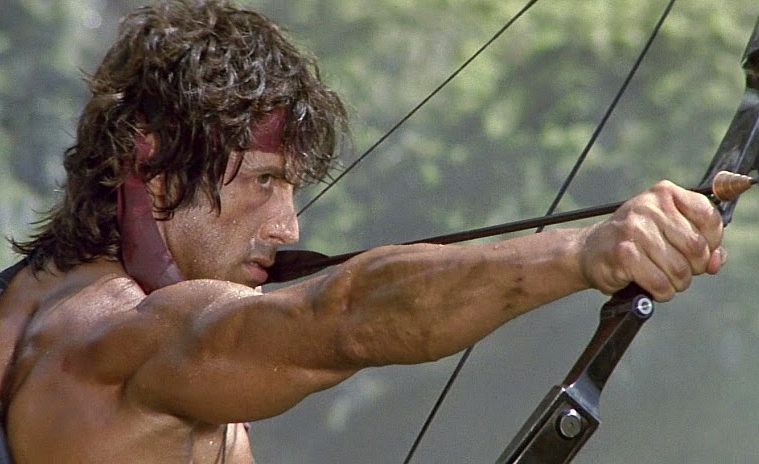 HOW DID RAMBO GO FROM BEING A BUFF DUDE KICKING ASS TO CULTURAL ICON?

Has any action movie ever made a bigger cultural impact that Rambo: First Blood Part II?

First Blood introduced the world to the psychologically damaged Vietnam veteran John Rambo. But it wasn’t until the film’s sequel that the character became a movie and cultural icon.

The film was a huge box office success, and the name Rambo became a shorthand for macho self-sufficiency and violent retribution. Even Ronald Reagan, the American president at the time was a fan, promising to take on the tax system, “in the spirit of Rambo.”

Perplexing this ‘hard R’ movie about a mentally troubled killer was accompanied by a huge merchandising drive aimed at children. Toy machineguns, helicopters and knives all baring the Rambo brand were produced. You could even buy Rambo bubblegum.

This curious phenomenon is investigated on the latest Exploding Helicopter podcast. They also dig in to the strange Eighties boom in Vietnam War. And ask if this is the greatest “buff dude kicking ass” movie ever made.

Listen to the show on iTunes, Podomatic, YourListen, Stitcher or right here.