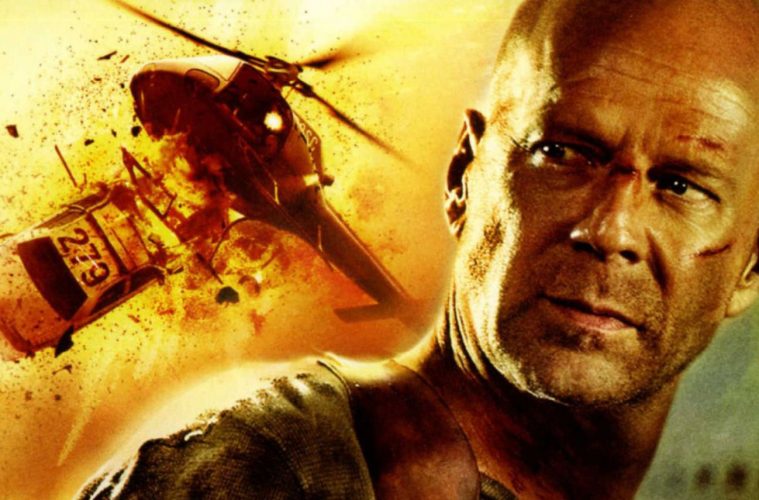 In 1988 the film Die Hard introduced us to quick quipping cop John McClane. Considered one of the greatest action movies of all-time, it was quickly followed by two successful sequels.

But after 1995’s Die Hard With A Vengeance it seemed as if Bruce Willis had hung up his badge and vest for good.

However, after an absence of 12 years, everyone’s favourite maverick cop finally returned to the big screen to once again play by his own rules.

But is this really a Die Hard movie? Sure Bruce Willis plays someone called John McClane, but where was the hair? And why isn’t he wearing vest. And how come he’s suddenly leaping on-and-off jet fighters?

These important philosophical questions and more are asked on the latest Exploding Helicopter podcast episode as they take an in-depth look at Die Hard 4.0 (2007).

Listen to the show on iTunes, Podomatic, YourListen or Stitcher.