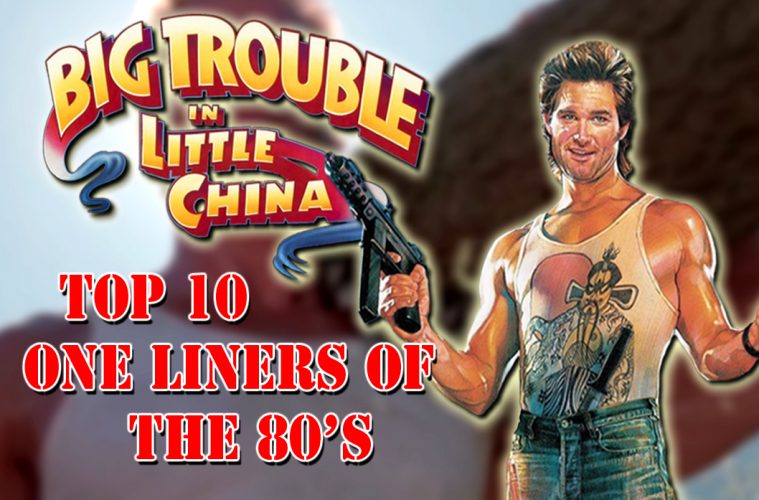 ACTION RATION: TOP 10 ACTION MOVIE ONE LINERS OF THE 80’s

Ah, the 80s. There was no internet, but at least our action movies weren’t politically correct.

The swath of stereotypical musclebound machismo that was the hallmark of 80s cinema may seem out of place today, and yet fans of the genre still embrace these films like it was 1989.

“Best action heroes in your opinion.”

I think we love these films for their charisma. They have a certain boldness that mainstream movies are lacking now.

Plus, they’re packed with a ton of highly quotable, highly ridiculous, self-aware one-liners that will forever be burned into my brain.

Which is why I decided to compile 10 of my favorites in the video below. A huge thank you goes out to entire AAGG staff for helping me with this one.

If we missed any, let us know in the comments below.