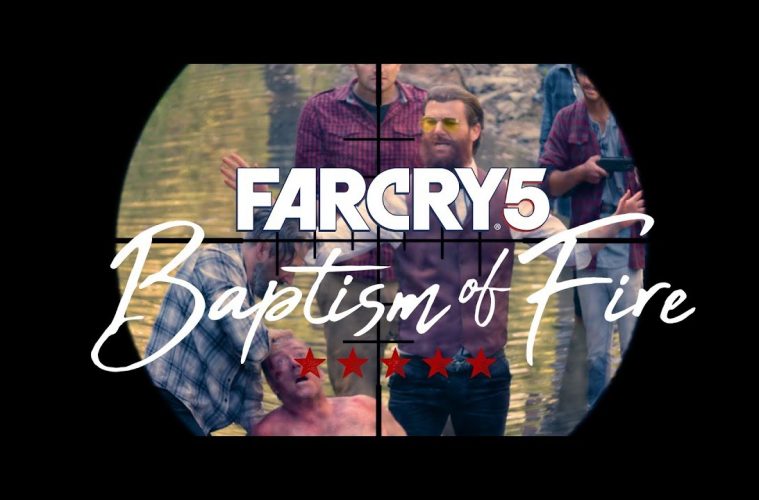 Fan-made short films based on video games are big business these days. There was a time only studios took on adaptations of video games, such as Street Fighter and Tomb Raider. But armed with money and decent filmmaking equipment, fans are now producing shorts based on their own favorite games. They do vary in quality, from bad to pretty damn bad ass. This new short film, based on the brand new game in the hugely popular Far Cry series, falls into the latter.

Endorsed by the creators of Far Cry 5, Ubisoft, Baptism of Fire, produced by Fury Fingers, is terrific fun right from the start. Filled with brilliant car chases, gruesome shootouts and fun humor, it’s hard to not appreciate the dedication put into films like this. Plenty of over-the-top acting and special effects somehow make these things even more enjoyable. Fan videos can be pretty terrible, but when a lot of effort is put into one like this, they capture the imagination of the entire fanbase. And when the creators of the franchise get behind a fan film with their full endorsement, it must open the eyes of major studios and have them sit up and pay attention to the untapped filmmaking talent of the world.