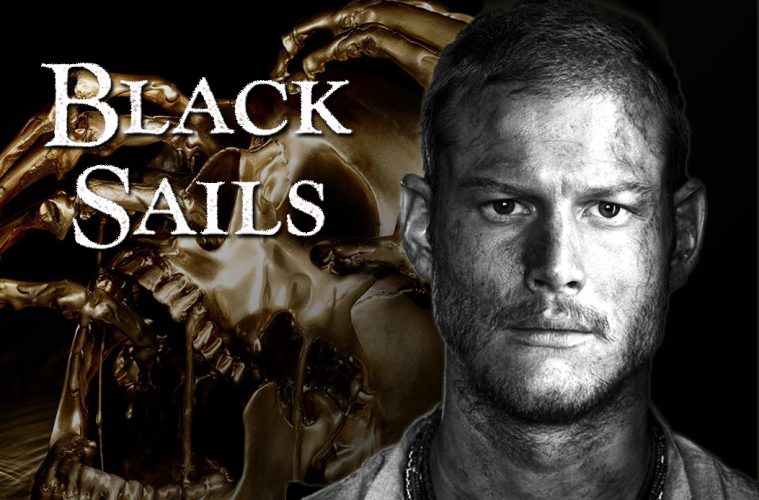 I first became aware of Tom Hopper back in 2011 while watching the BBC show, Merlin. Although more of a supporting role, he still left an impression as the quiet Sir Percival, a 6’5″ Knight who looked like he can bend swords in half just as easily as swing one.

When I saw him again a few years later as Billy Bones in Black Sails (a Starz show that mixes real pirate history with characters from Treasure Island), it became apparent Hopper was probably suited for the action genre so hearing that he was going to star in Kill Ratio was no surprise.

What was a surprise, was being given the opportunity to conduct an 10 minute interview with him over the phone on behalf of AAGG. Needless to say, I was pretty stoked.

MIKE: Hi Tom. How are you doing?

MIKE: I’m great. I can’t believe I’m talking to you actually. When they asked if I wanted to interview you, I said, “Are you kidding? I’ve been a fan since Merlin.”

MIKE: So I know you went to college for acting, but what would you say really made you want to pursue it as a career?

TOM: Emm… Oh wow, good question… I suppose it was the audience. I joined a school show and just got a real kick about being on stage, playing a character. You know when the audience laughs and stuff, I loved it and just got a real kick out of it. From there I got more serious, but I still didn’t know anything about acting really. I auditioned for one drama school and fortunately got in there, but most of the people knew so much more than me. I felt really out of my depth at first, like, “Oh man, who’s the Shakespeare guy?” Like I really didn’t know anything about it. So to start I was a sponge, just soaking everything up. I got more and more into it, and got into the theatre side of acting and really enjoyed it also… What I love about acting is that you never really stop learning. Every job you do, every time you act, when you tape for a role, you always learn more from it. You never stop learning; it’s never a completed process…

MIKE: Wow… Good answer man. Thank you for sharing that. You play something of a James Bond-ish character in Kill Ratio, your new movie. What’s it like taking on that kind of role? 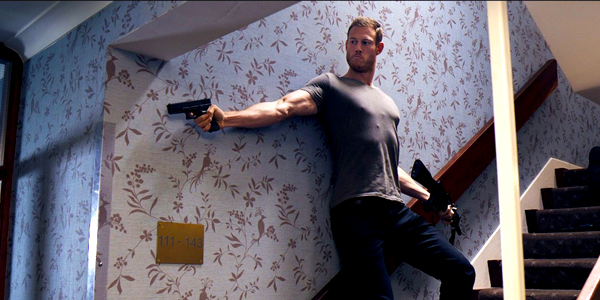 TOM: I think any actor, any male actor at least, would be lying if they said they didn’t want to play a role comparable to James Bond. Obviously my character in Kill Ratio is an American, so he doesn’t have the British charm, but he does have those sorts of elements to him. I sort of see the movie as Die Hard in a hotel, you know, with James Bond flecks to it, like little quips in the dialogue here and there. James (Tom’s character in Kill Ratio is also named James) is a lighthearted guy, doesn’t take anything too seriously, doesn’t take his life too seriously (laughs). I think he’s like James Bond in that sense. He’s got a license to kill or whatever they call it, an unlimited kill ratio, so he can just keep killing people with no end if the situation calls for it (laughs again). The character has a lot confidence in his abilities and having all of those traits makes it really fun to take on that kind of role. I just tried to have fun with it and not take things too seriously, you know, act how a guy like him might in that situation.

MIKE: Just having a good time being a secret agent.

MIKE: Would you say you always wanted to play action heroes?

TOM: Commando, Rambo… even movies like Passenger 57 with Wesley Snipes. Movies like that are just brilliant bits of action and great fun. When I was a kid, I used to run around my house with a gun and stuff, pretending to shoot bad guys. So when you’re doing it for real, like you’re shooting these stunt guys and they’re faking the fall when you shoot them–you know what I mean (laughs), it’s like being in a 12-year-old’s fantasy that you’re actually living.

MIKE: (laughs) I do know what you mean. At ActionAGoGo, we’re all about action movies, so it’s nice to hear that some of your favorite films are certainly some of ours as well.

MIKE: I got to say man, I’m not sure how men are supposed to compliment each other’s looks, but you definitely look the part. You’re a pretty jacked guy, like how long have you been working out and do you have any workout tips for us regular dudes?

TOM: I mean, I’ve always been working out to stay fit, whether it was sports or what not. I’ve also put a lot of time in over the years figuring out the right ways to train and train smart. I think it’s really important to train smart, to make sure you do it right. There is a lot of training out there now that’s actually bad for longevity, can be bad for your body. For me, I want to still be making action movies when I’m 60, you know? So it’s important that I do everything proper to stay in shape. I definitely watch what I eat all year around and I don’t eat too much crap. I train most days, even on Sunday, every day, because I think it’s important to move your body, work on strength and stuff. So umm… no real secret formula. I think it’s probably consistency more than anything, I’d say. If you’re consistent with it than the results will look after themselves. 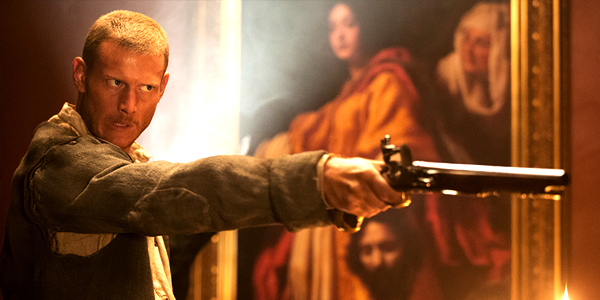 MIKE: Black Sails is easily one of the coolest shows I’ve ever seen. What’s it like being a part of a production that prolific?

TOM: It’s pretty crazy. Pretty crazy. Because, I mean, there’s so many people there on set with so many moving parts. It was very ambitious, what they were looking at. When you show up the first day on set and you see two, full-sized pirate ships in a massive water tank next to an entire pirate town with a beach you kind of go, “Wow, this is something special.” We all felt a massive responsibility to make it that. I mean, when we saw the amount of effort that went into the production before we even arrived there, we felt it was very important that we matched that effort in our performances. I think that shows even now in season 3 and season 4. I think everyone is in for a real treat because it takes the characters on very much a rounded journey from season 1 all the way to season 4… Its been, its been amazing, like I can’t even, I can’t even fit into words how much fun, how challenging at times, you know? Just a really rewarding process, being a part of that show. I feel very lucky to have been a part of something like that. Even if, you know, being a show of that size, it sort of deserves more success worldwide than its actually gotten. There seems to be a lot of people who don’t know about it yet. And we want people like yourself, who like the show to keep plugging away at it because we feel like we got a special little product there that people will enjoy if they give it a chance. And we’re very proud of it.

MIKE: Definitely. So with Kill Ratio wrapped, what’s next for you? Anything in the works you can share?

TOM: Um, there is something in the works, but I actually can’t share it.

TOM: I’d love to share it with you, I’m sure you’ll love it, but I actually can’t share it, unfortunately, at this time, but when it’s out, how about you give me a call again and we’ll talk about it?

MIKE: Sounds great. Thank you so much for your time today, Tom. It was great talking to you, and it will just have to be a surprise brother, we’ll see what happens, right?

TOM: Absolutely, you bet man. Thanks for your time.

MIKE: Of course, anytime. Thank you!

TOM: You too, buddy. Take care.

Kill Ratio will be in select theaters December 9th. To see our review of the film, Click Here, and check out an exciting clip from the film below.

NOTE: For a guy who only had 10 minutes to spare in his busy day for an interview, I thought it kind of cool that he thanked me for my time.