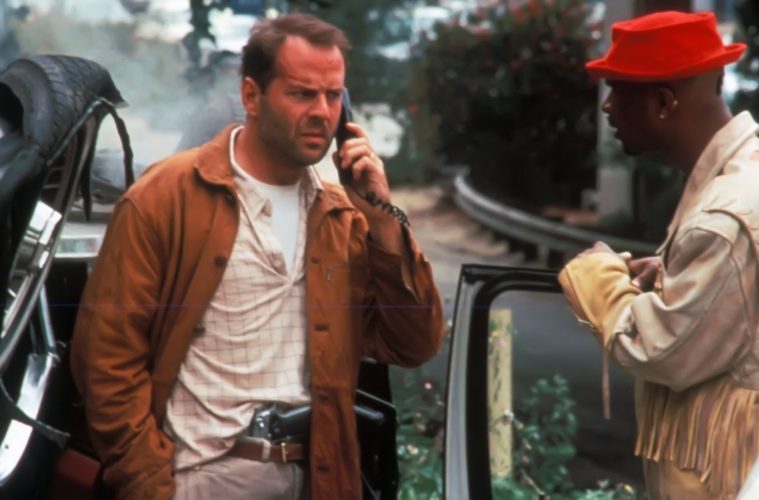 “If you touch me again I’ll kill you.”

Action movies are full of such threats. In fact it would be hard to find one that doesn’t include a similar murderous promise. But few are as memorable as Bruce Willis’ whispered warning in The Last Boy Scout (1991).

For the three readers who haven’t seen the film, the Die Hard star plays a sleazy private eye who teams up with a washed up ex-quarterback to solve a murder case involving a pro football team and a politician.

In the scene Willis has been captured by goons working for the shady owner of a gridiron team. Seemingly at their mercy, one of the villains decides to bully Bruce a little.

Two things make this scene standout and an action classic.

The first is the unexpected nature of the pay-off. Typically, this sort of threat is issued and ultimately tied-up as part of the film’s climax. And with our hero vulnerable and seemingly at the mercy of the villains, making good on his violent ultimatum seems impossible.

But screenwriter Shane Black is a master at subverting audience expectation to heighten the impact of movie violence – as the NerdWriter argued in a great video last year.

Second is the performance of Kim Coates as the smirking, giggling, nasally-voiced henchman. He’s only in the film for 3 minutes but manages to create a vivid, fully-formed, human douche bag, who you immediately want to get their comeuppance.

(In many ways he’s like a direct descendant of Richard Widmark’s laughing killer in film noir classic Kiss Of Death).

Now, as much as I love the scene, it always leaves me feeling a little sad. I would have loved Kim Coates to have stayed in the film longer. Still, he can’t say he wasn’t warned.