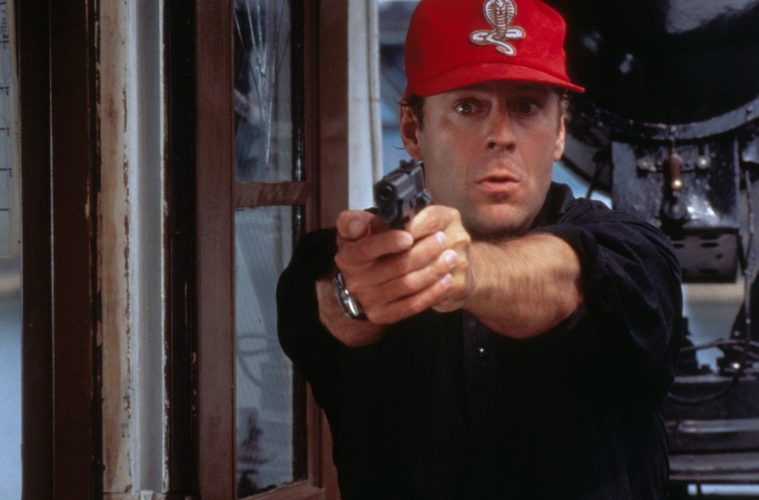 IT’S BRUCE WILLIS VS. THE WORLD IN ‘EVERYBODY WANTS TO KILL BRUCE 2’

In these uncertain times, there are at least two things of which we can be certain. One: Bruce Willis has retained his stress-balding, hunky dad physique throughout his career. And two: you need pretty much zero dialogue to understand what is happening in any given Bruce Willis movie. This much is evident in the second cinematic short compiled by French filmmaker Pierre-Alexandre Chauvat.

Why do so many people want America’s favorite foul-mouthed longshoreman turned reluctant hero dead? Stitching together pieces of nearly every bullet-riddled action bonanza in Hollywood history, Chauvat shows us that the why is unimportant. Whatever movie Bruce Willis is in, it just makes sense that things start blowing up around him. So it’s no surprise that it’s possible to seamlessly blend scenes from such films as The Bourne Ultimatum and The Hunt for the Red October in with the well-known gun battles and car chases of the Willis canon. Things start to get a little weird when The Dude shows up to run Bruce over. And the nod to an Austin Powers dick joke seems oddly out of place. But for those film geeks who love to see movie tropes given their appropriate recognition, this is the perfect vessel for their appreciation.

Whether he’s a time-travelling hitman fleeing the mobsters who employ him, or an oil rig engineer who is humanity’s last hope, circumstances rarely change for our everyman with a Jersey accent. If it weren’t for the continuity errors caused by the various stages of his hairline regression, one might assume this was an original blockbuster coming soon to theaters near you. The only thing missing is clips from Moonlighting to showcase Willis’s own comedic chops. Maybe in the third installment? But then again, Cybill Shepherd never fired a rocket-propelled grenade into the offices of the Blue Moon Detective Agency, did she?

Pete Musto is a journalist, producer, actor and comedian based in the Washington, DC area. He subsists mostly on comic books and crab legs. He reads voraciously and writes sparingly. Despite also being an Eagle Scout, he has yet to master a single knot.