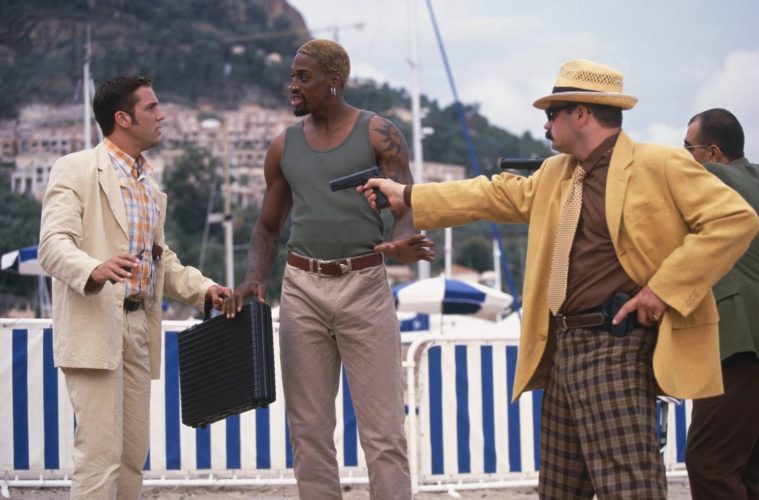 In-between his career as a basketball star and efforts to bring peace to the Korean peninsular, Dennis Rodman spent a few years trying to establish himself as a Hollywood actor.

Much like the rest of his endeavours, Rodman’s efforts in the thespian field were typically eccentric. After a bizarre supporting turn in the Jean-Claude Van Damme vehicle Double Team, Madonna’s one-time squeeze cut-loose in the bonkers espionage action flick Simon Sez (1999).

The film pits Rodders Interpol agent against a dastardly arms dealer with suitably bizarre results. The whole surreal experience is detailed by movie vloggers Two Takes Reviews in their latest post as they work their way through the list of IMDBs worst 100 films.