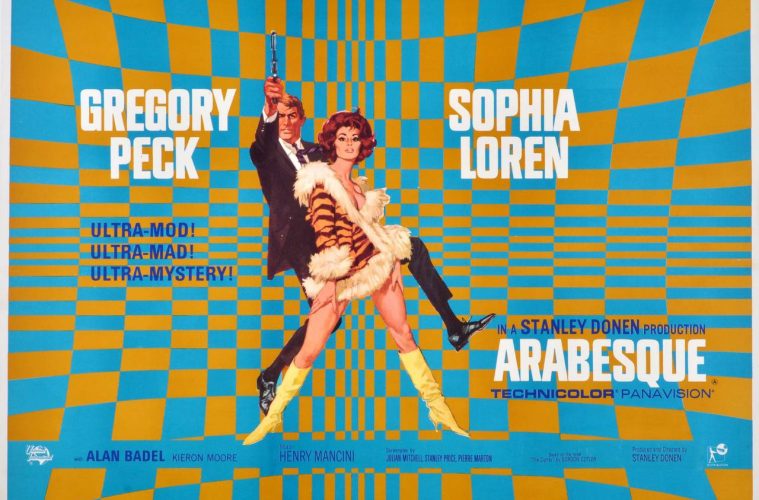 Stanley Donen is best known as the director of classic musicals such as Singing In the Rain, Funny Face and On The Town.

But in the 1960s he broadened his range by making a pair of Hitchcock inspired thrillers. The film’s featured top Hollywood names, glamorous European locations and racy espionage plots.

The first of those film’s 1963’s Charade, which starred Audrey Hepburn and Cary Grant, was a critical and commercial success. So it was no surprise that a few years later Donen sought to repeat the trick with Arabesque (1966).

The story saw Gregory Peck and Sophia Loren caught up in a dangerous international intrigue. No doubt influenced by James Bond’s colourful adventures, Donen serves up a crazy tale and surreal action set-pieces where are heroes are threatened by a wrecking ball and later by combine harvesters.

The action all builds up to one of cinema’s earliest and most bizarre exploding helicopters.

You can listen to the full Exploding Helicopter review of Arabesque on iTunes, Podomatic, Stitcher or YourListen.