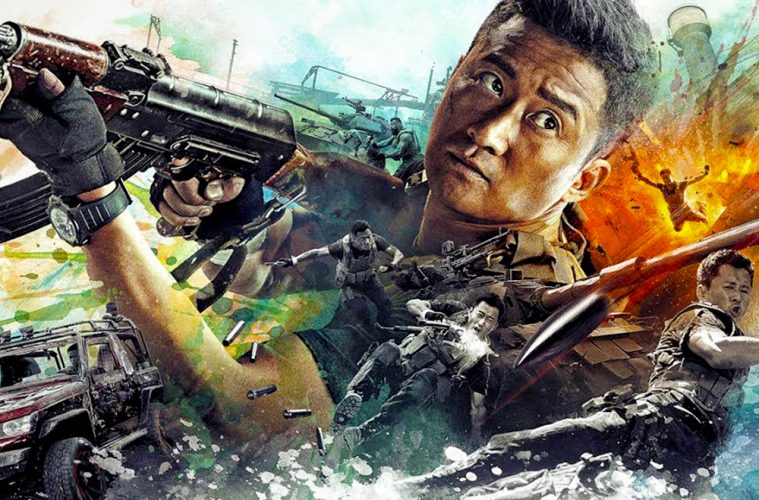 We covered the trailer releases for Wolf Warrior 2 here at AAGG, but now that the film has had its run in theaters, I decided to do a little follow up. What I found was interesting to say the least.

According to Box Office Mojo, Wolf Warrior 2 grossed a total of $870 million worldwide, not even $3 million (about 0.3%) of which was made in the US.

Admittedly, it’s not surprising that WW2 (pun totally intended) did better overseas than here in America, since it is a Chinese film. However, it was the second most successful film of the summer, being beaten only by Despicable Me 3, which made over a billion.

This means that a simple, straightforward action film from China made a bigger splash on the global market then Wonder Woman, Guardians of the Galaxy 2, and Spider-Man: Homecoming.

Just let that sink in for a moment. Sure, it’s no secret that big films produced by Hollywood studios have been playing more to an International audience as of late (just check out the domestic versus international box office for movies released this year alone), but what if we are seeing the beginning of a paradigm shift in the movie industry where foreign films begin to eclipse those made in the states?

Such an eclipse may not even be necessary as far as China is concerned, seeing as Chinese investors may be running Tinseltown in a few short years, but how odd would it be if American audiences found themselves going to see foreign films alongside Marvel or Star Wars in the few years?

WW2 also implies that a resurgence of 80s style action films might come from outside of America (see the Indian remake of Rambo). If you haven’t seen its trailer yet, check it out below.