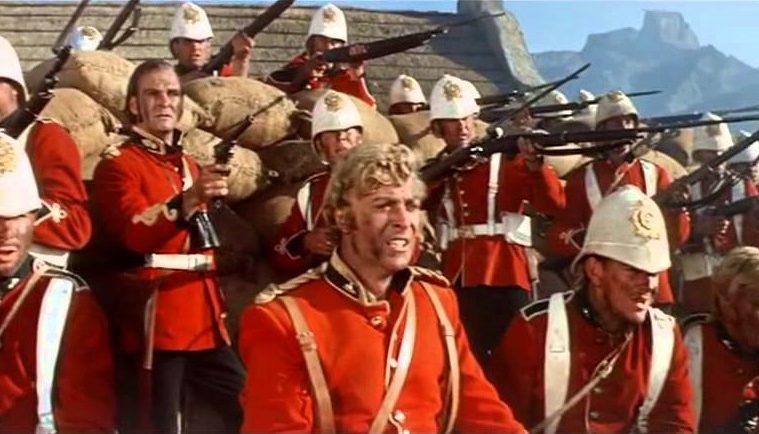 GREAT MOMENTS IN ACTION HISTORY: THE LAST STAND IN ZULU

On the 22 of January 1879 one of the most famous battles in British military history began.
At the remote missionary outpost called Rorke’s Drift, in what is now South Africa, a force of just over 100 soldiers held off an attack by 4,500 Zulu warriors.

The battle began at around 4pm in the afternoon. From their hastily constructed defences, the ‘Redcoats’ faced a near continuous assault for the next 12 hours before finally withdrawing.

By the time dawn broke, the British ‘Redcoats’ had been forced back to their final defensive position – a storehouse at the centre of the compound. Having begun the action with 20,000 rounds of ammunition, now just 900 remained.

After a few hours of quiet, the Zulus appeared again. It looked as if they were to begin a final assault. But spotting British reinforcements in the distance, they instead turned and left.

After the battle no fewer than 11 British soldiers were awarded the Victoria Cross, the United Kingdom’s highest military honour.

The defence of Rorke’s Drift was immortalised in the 1964 film Zulu starring Michael Caine and Stanley Baker.

In this classic scene the soldiers prepare to stage their ‘last stand’. The tension builds as the Zulu’s perform a haunting war dance. Recognising the crisis in morale, Baker has his men sing a confidence boosting hymn.

When the battle begins the desperateness of the British position is all too clear. As they are backed into a corner they are forced to rely on their single-shot rifles and a tightly drilled firing.

And when the guns are eventually silenced and the smoke clears, the narrowness of the margin of victory is clear.