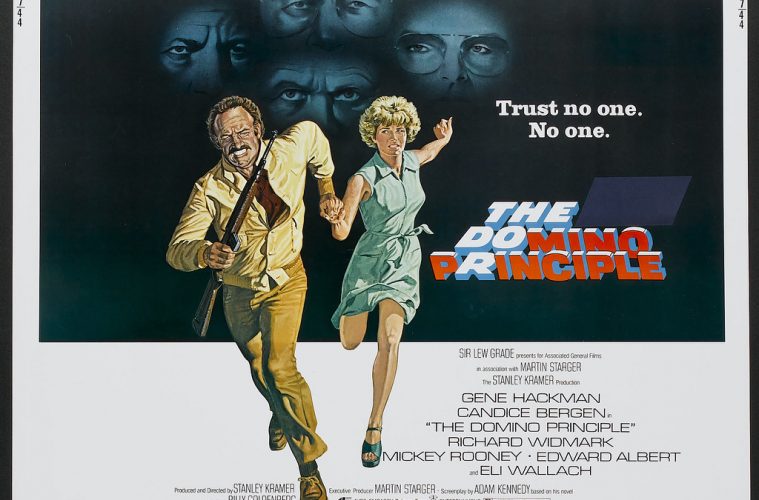 The 1970s were a golden age of the conspiracy thriller.

Films like The Parallax View, Three Days Of The Condor, All The President’s Men and The Conversation, all tapped into the mindset of a newly paranoid public.

While the previously mentioned films continue to acclaimed and revisited by movie fans, some of the efforts in the genre have slipped between the cinema seats of history.

So, the new episode of the Exploding Helicopter podcast is going back in time to review one such forgotten effort – The Domino Principle (1977).

The film stars Gene Hackman as a former army sharp-shooter who’s sprung from prison in order to carry out an assassination. But in the best traditions of the conspiracy thriller, he quickly finds not everything is as it seems and he’s in way over his head.

So does The Domino Principle hit its target? Or does it fire well wide of the mark? Listen to the Exploding Helicopter podcast review to find out.