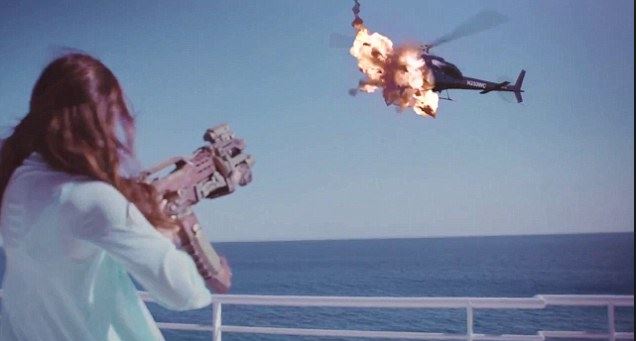 Over on the Exploding Helicopter website our goal is celebrate films where helicopters explode.
So on International Women’s Day what could be more appropriate than honouring the actresses who have given us blown-up, brought-down and bazooka-d helicopters for our cinematic pleasure.

We’ve seen Milla Jovovich blow-up a chopper whilst motorcycling through the fuselage in Ultraviolet, Drew Barrymore incinerate a whirlybird in Firestarter, and Tanya Roberts use her powers of mental telepathy to command a flock of flamingos to down a helicopter in Sheena: Queen of the Jungle.

While there are many notable female contributions to the art of exploding helicopters in film, our studies have shown that helicopter explosion in film is sadly a male dominated business.

So today, let’s celebrate the many female-fronted fireballs we’ve seen in movies, and start the campaign for true gender equality in the world of exploding helicopters.