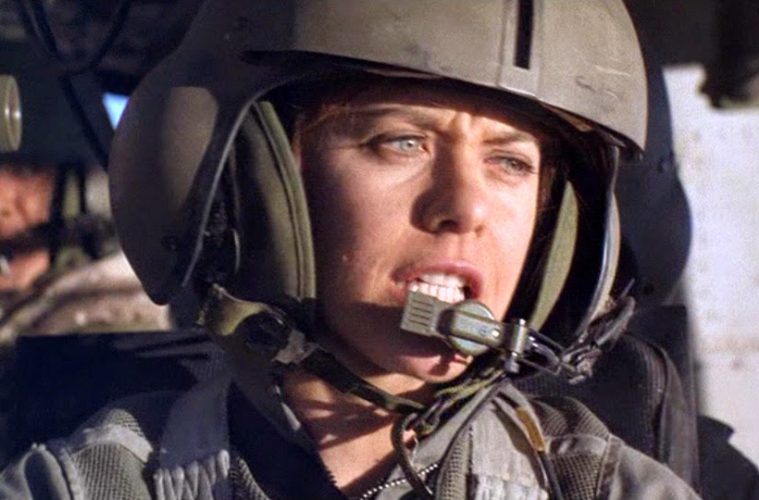 THE FIRST CASUALTY OF WAR IS TRUTH: LOOKING BACK AT COURAGE UNDER FIRE

“Truth is the first casualty of war.”

And that famous maxim is the theme of the movie under examination on the latest Exploding Helicopter podcast.

In 1990 Iraq invaded Kuwait over a dispute about oil production. The following year, under the auspices of the UN, an American-led coalition launched Operation Desert Storm to liberate Kuwait.

The short-lived conflict that followed – the Iraqis surrendered 100 hours after the operation began – provides the backdrop for Courage Under Fire (1996).

Arriving five years after the end of the conflict, it was the first major studio film to centre on the Gulf War.

The film tells of the story of Nat Searling (Denzel Washington) a lieutenant colonel who accidentally kills soldiers under his command.

The incident is covered-up and Searling is assigned to a desk job with order to investigate whether a female helicopter pilot, who was killed in action, should receive the medal of honour.

But as Denzel digs into the circumstances he discovers that the events that took place might not be quite as heroic.

The film and its theme are the topic of the latest Exploding Helicopter podcast. You can listen to it online on iTunes, Acast, Stitcher, Podomatic or right here, right now.