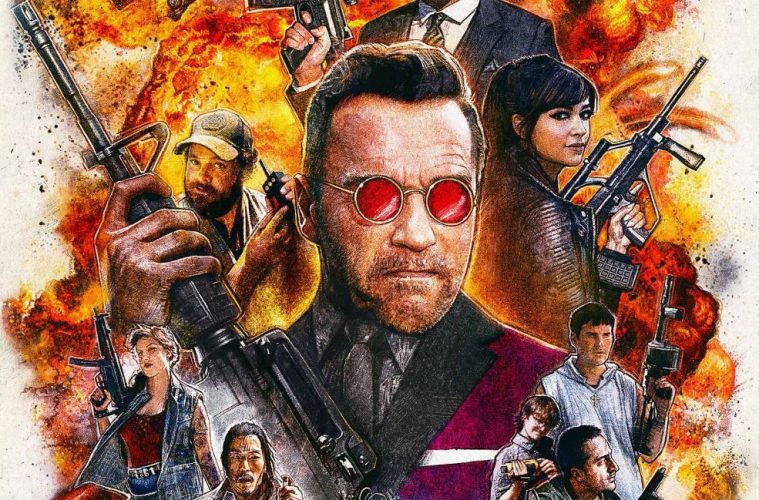 6 ACTION A GO GO APPROVED TRAILERS THAT DROPPED THIS WEEK

It’s Friday. And you know what that means?

Well, every Friday, the Internet Special Forces known the world over as Action A Go Go provides YOU with a fistful of action trailers. Consider it a sort of community service where we put you onto only the most jaw-dropping coming attractions that the Internet could muster these past 7 days.

Now, the Internetz being what it is, some of these trailers may have caught your eye already. But we’re more than certain that some of these definitely didn’t.

So. Here. 6 new trailers that are brand spankin’ new and Action A Go Go approved!

Whiskey Tango Foxtrot: Travis Strikes Again: No More Heroes is a raucous 3D action title, where Travis touchdown wields the Beam Katana to massacre his way through countless enemies, taking on ferocious bosses in an epic battle with Badman. This marks the first time in ten years that Goichi “Suda51” Suda has taken on the mantle of director. (Release date: 2018 for Nintendo Switch)

Whiskey Tango Foxtrot: When Jack, a hit man from London, gets given his life back and the opportunity to save his daughter, it becomes a race against time to kill or be killed. (Release date: September 2oth in the UK)

MEMOIR OF A MURDERER

Whiskey Tango Foxtrot: A former serial killer with Alzheimer’s fights to protect his daughter from her psychotic boyfriend. (Release date: September 8th in the US)

Whiskey Tango Foxtrot: A group of eccentric assassins are fed up with Gunther, the world’s greatest hitman, and decide to kill him, but their plan turns into a series of bungled encounters as Gunther seems to always be one step ahead. (Release date: 2017)

Whiskey Tango Foxtrot: A former boxer-turned-drug runner lands in a prison battleground after a deal gets deadly. (Release date: September 2017)

BLADE OF THE IMMORTAL

Whiskey Tango Foxtrot: Manji, a highly skilled samurai, becomes cursed with immortality after a legendary battle. Haunted by the brutal murder of his sister, Manji knows that only fighting evil will regain his soul. He promises to help a young girl named Rin avenge her parents, who were killed by a group of master swordsmen led by ruthless warrior Anotsu. The mission will change Manji in ways he could never imagine – the 100th film by master director Takashi Miike. (Release date: November 3rd)